The two-day, double-header Honda Indy 200 race weekend got off to a busy start with Saturday featuring practice, qualifying and race 1. Just 75-mins of practice preceded qualifying, which meant getting up to speed quickly was crucial for the No. 60 MSR squad.

Harvey made big improvements from practice – which saw him set the 18th quickest time – to qualifying as he improved to lock in fifth on the grid in the 15-minute session. The Mid-Ohio qualifying run was Harvey’s fourth time qualifying in the top five so far this season. 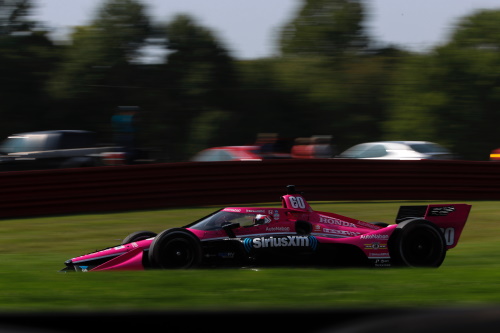 Just two and a half hours following qualifying, Harvey took the green flag for race 1. The Meyer Shank Racing strategy put Harvey on alternate Firestone tires for the start – one of nine cars who opted for the softer option.

Harvey held on to the rapidly fading tires until his lap 17 pit stop as he exited the track from seventh. Heading back out on track with a new set of alternate tires, Harvey maximized his performance and moved from 20th to seventh following the first round of pit cycles.

A second pit stop on lap 46 put Harvey back out on track to close out the race with Firestone primary tires. Harvey’s pace for the final 25 laps was on par with the front running pack, but the all green flag race put a premium on track position through the 75-lap event. Harvey crossed the line seventh, which matched his two best finishes so far this season, having captured two seventh place results at Iowa Speedway in July. The result slots Harvey into 12th in the provisional points standings. 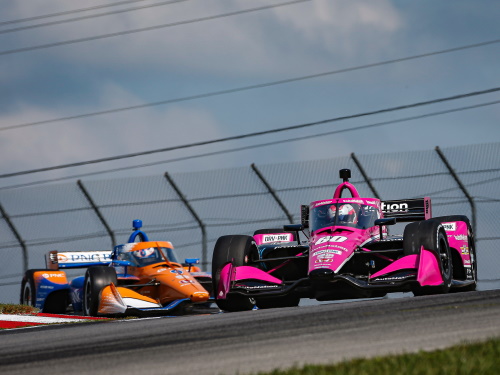 “Really solid day for the Meyer Shank Racing guys,” said Harvey. “We started fifth and went on a bit of a bold strategy by starting on reds, which was quite a bit of a workout. After that I thought we were pretty fast to be honest. After today, we’re feeling pretty good about tomorrow’s race, but hopefully we can finish even better than today.”

The second race of the Honda Indy 200 at Mid-Ohio is set for Sunday at 5:00pm ET. Live race coverage will be on NBC with additional coverage on SiriusXM Ch. 211.