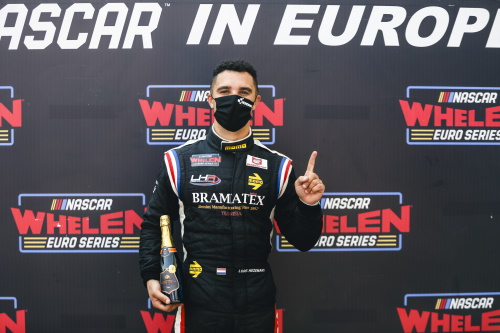 With a late run and a blistering fast 1’40.491 lap around the 4 km of the Autodromo di Vallelunga, the Dutchman edged Alon Day and Jacques Villeneuve respectively by 0.088 and 0.105 seconds. This is the third career Pole Award for the Hendriks Motorsport driver, who during the off-season stated that improving qualifying was his main goal in his campaign to retain the NWES title. 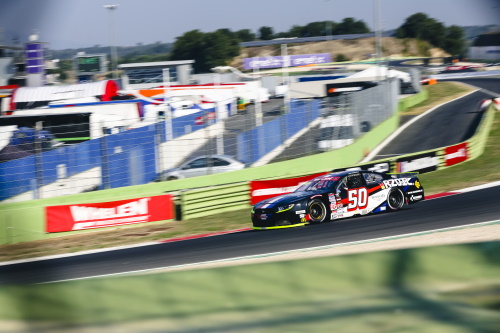 “I needed to improve in qualifying and we worked on it very hard,” said Hezemans, who also topped the Junior Trophy classification. “Alongside Hendriks Motorsport, I also have to thank my new teammate Daniel Rowbottom, who gave us important feedback to set up and optimize the car. Tobias [Dauenhauer] already proved yesterday, that the #50 Ford Mustang is very fast. Of course I want to win today, but the races in EuroNASCAR are always surprising. I always say we have to see what we can do, but the goal is to be on top of the podium.”

Day and Villeneuve had to settle for second and third, but the battle for the win in EuroNASCAR PRO Round 1 will definitely be a must-watch thanks to one of the strongest fields in series history.

The first EuroNASCAR PRO race of the 2020 season will be streamed live from 11:45 CEST on the EuroNASCAR’s YouTube channel, Facebook page and Twitch profile. The race will be also available live on Motorsport.tv and on the SKY platform on the 228 channel MS Motor TV.