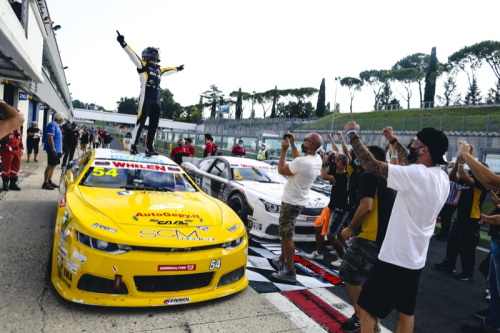 (September 13, 2020) –  A perfect start paved the way for Gianmarco Ercoli to grab his second career and first season win in the EuroNASCAR PRO championship at the end of another thrilling NASCAR Whelen Euro Series race at Vallelunga. The Italian passed pole sitter Lasse Soerensen at the green and led all 18 laps of the closing round of the NASCAR GP Italy. He also won a Tijey titanium ring with the Fastest Driver Award.

It was not an easy win for the driver of the #54 CAAL Racing car. Ercoli was under constant pressure by Jacques Villeneuve and Lucas Lasserre, who fiercely battled for second place all race long. They couldn’t force Ercoli into a mistake and the Rome native returned to the ENPRO Victory Lane for the second time in his career after his first win at Brands Hatch in 2018. 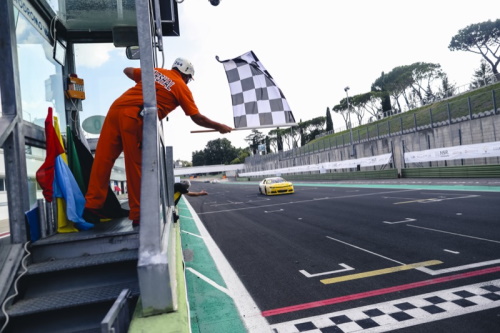 “I had a good start and grabbed the first place after the first corner,” said Ercoli, who also topped the standings in the Junior Trophy classification. “Afterwards I was able to fend off all attacks and grab my second EuroNASCAR PRO career win. I made my debut with CAAL Racing in 2014 and to grab the trophy for the team in our second race back together is just fantastic. Of course we want to keep this momentum in Zolder.”

Jacques Villeneuve ended up second at the end of the intense battle with Lasserre. The Canadian passed the French veteran in the last lap of the race to score his fourth career podium in EuroNASCAR PRO. Lasserre finished third and brought back his #33 Tigha Mishumotors car in the top-3 for the first time since the 2018 NASCAR GP Germany.

One of the most competitive fields in NWES history produced once again a race to remember. Alon Day ended up fourth on his new #24 Monster Energy Camaro ahead of pole sitter Lasse Soerensen, who was impressive in his first full time weekend in the top EuroNASCAR championship. The Dane was also second in the Junior Trophy classification ahead of Hendriks Motorsport’s Giorgio Maggi.

ENPRO Round 1 winner and reigning NWES champion Loris Hezemans had to look at the battle for the win from behind and finished sixth. The Dutchman beat Solaris Motorsport’s Francesco Sini, Nicolo Rocca on the #22 DF1 Camaro and the #11 Projob Workwear Chevrolet of Stienes Longin. Feed Vict Racing’s Patrick Lemarie grabbed his first career top-10 finish with the tenth place under the checkered flag. 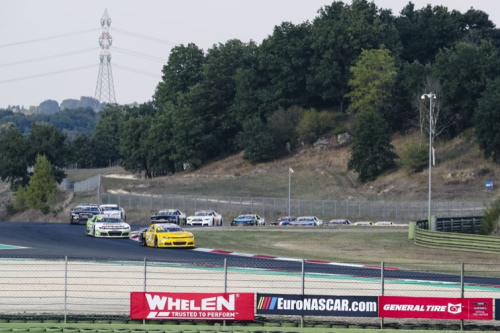 After the race, Ercoli received a 10-point penalty for a non-compliant start. Therefore it will be Hezemans who will lead the championship standings entering the second event of the season.

The NASCAR Whelen Euro Series will be back in action on October 3-4 at Circuit Zolder in Belgium. The action packed 3-day event will be highlighted by four exciting NWES races, all streamed live on the EuroNASCAR’s YouTube channel, Facebook page and Twitch profile and on Motorsport.tv.