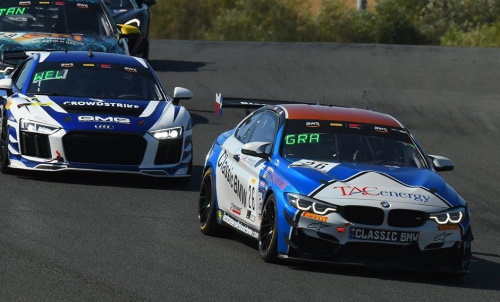 AUSTIN, Texas (September 15, 2020) – The excitement of the Fast Track Racing/Classic BMW team runs high this weekend (Sept. 18-20) as the Plano, Tex., motorsports organization returns to its home race track in the SRO America sports car competition at Circuit of the Americas (COTA) with drivers Toby Grahovec, Bryson Lew and Phil Bloom in action.

The action has been sensational in the Touring Car class this year in TC America and the Fast Track Racing squad of Grahovec, Lew and Bloom figure to be right in the thick of things when racing begins Friday at 1:05 p.m. CDT for first contest of the TC tripleheader weekend at the 3.426-mile, 20-turn road circuit east of downtown Austin.

After the four-month layoff due to the COVID-19 pandemic, TC America competition proved to be some of the best wheel-to-wheel action in all of sports car racing currently with Grahovec battling contender James Clay and defending series titleholder Johan Schwartz within tens of seconds throughout numerous events. Toby has collected two wins, four seconds, one third and two fourth places in ten 2020 TC races.

“I have to say that the TC racing this year has been great,” said Grahovec, who also serves as team manager for Fast Track Racing. “The wheel-to-wheel competition in these races is about as good as it gets. And I expect it to be the same this weekend at COTA. We have a three-car lineup with Phil and Bryson, and they should be fast as well. It’s always exciting to come back to COTA each time we race at that great facility. We hope to put Fast Track Racing and Classic BMW back in victory lane.”

For Lew, the 17-year-old high school student from Moraga, Calif., coming to COTA to race is a dream come true after watching the Formula One cars competing at the Austin track at age ten. Bryson will drive the No. 27 ClassicBMW.com BMW M240iR and looks for more podium finishes after two impressive third place runs at Sonoma Raceway last month.

“I can’t wait to be back racing with Classic BMW/Fasttrack Racing,” said Lew, a former Formula 4 driver in France. “I went to my first ever Formula One race at Circuit of the Americas at 10 years old. Ever since then, I’ve been looking forward to racing at COTA. It’s a great thrill to compete on that state-of-the-art circuit. Having Toby as a teammate helps tremendously too. He knows COTA as well as anyone and it’s great to have him as a teacher for me. I’m anxious to get there.”

Bloom returns to action after missing the past couple of TC America weekends in the No. 11 ClassicBMW.com BMW M240iR and the Massachusetts driver has been close to a podium finish this year in his first season with the Fast Track Racing/Classic BMW team. 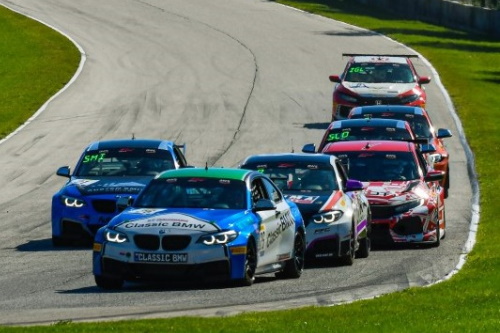