Campagnano di Roma, Italy (September 16, 2020) – The NASCAR Whelen Euro Series 2020 season is officially started on the Vallelunga racetrack last week. On his home track, Max Lanza brought home twice a solid Top 10 thanks to two aggressive races, showing a great race pace that would allow him to fight for the podium without a bit of bad luck.

A technical failure stopped the Italian driver in the qualifying, forcing the #88 CAAL Racing Chevrolet to start from the back of the pack in the first race of the weekend. Lanza didn’t give up and put on a strong comeback, enjoying all the NASCAR fans with tons of overtakes and grabbing the tenth place under the checkered flag, very close to the drivers that were fighting for the P7. 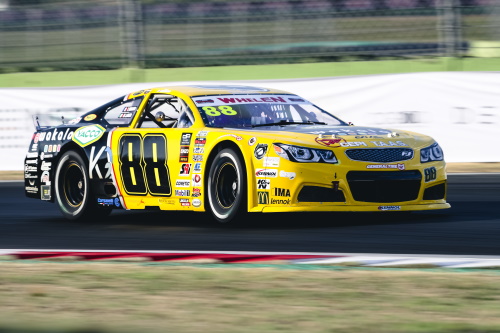 Same script in the second race, where the #88 Chevrolet by CAAL Racing, after many battles on track, ended the Vallelunga round again in P10. “It was a crazy weekend. We had bad luck in the qualifying and we were forced to start from the back of the pack.” said Lanza “The CAAL guys gave us a very quick car, I did two good raced, I felt me and car very fast and I was also able to manage fatigue well, a new variable in a very difficult weekend.” The Vallelunga round was the first the “all in one day” format, with free practice, qualifying and two races in just 8 hours, a long tour de force that saw the EuroNASCAR 2 drivers to the cutting edge limit.

“It was very difficult, the cockpit was very hot and at the end of the day I was totally out. I did my best at home to arrive here fit and this helped me. But what a pain! Now we must put our mind to Zolder round, in Belgium I want to step on the podium, here we had the right pace but we had to face two races from the back. We will try it again!”, ended the Italian driver.

All the show of the NASCAR Whelen Euro Series will move on the track dedicate to Gilles Villeneuve, ready to host new four exciting EuroNASCAR 2 race in two weeks. 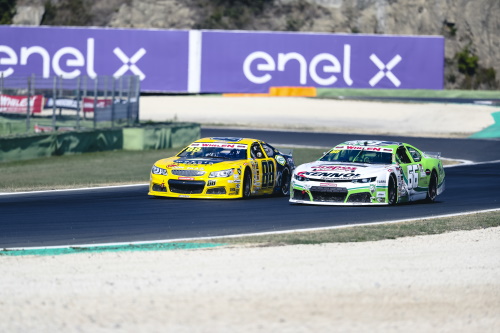 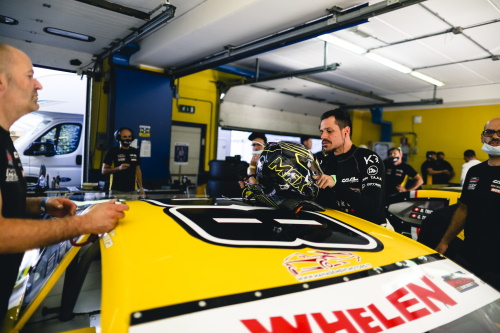 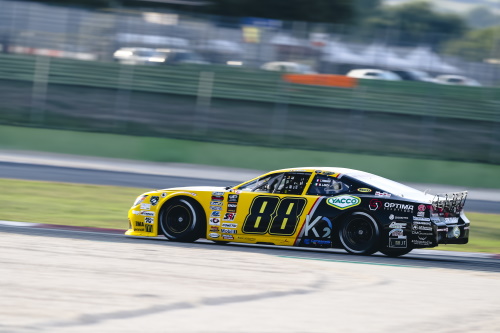