Hagler got the day started on a strong note, securing a front row qualifying spot in the 15-minute session. Using her extensive knowledge of the 20-turn course home track, the Texas native posted a single lap flyer of 2:21.191-seconds in her Honda Civic Type R TCR to net her best grid spot of the year so far. 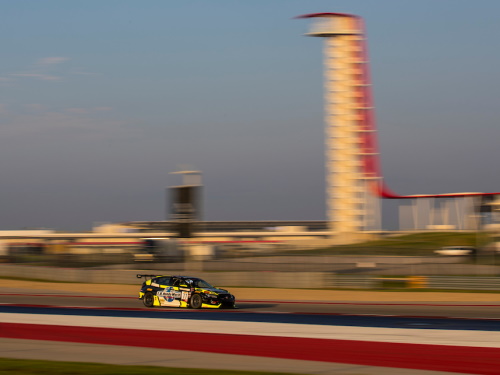 Starting on the front row, Hagler led the field of TCR machines to the green flag. Wheel-to-wheel racing on the opening lap moved the Honda development driver into fourth place where she settled into race pace.

A close battle with another Honda Civic Type R TCR competitor was no match for Hagler as she executed a smooth over, under move to keep her track position. Looking to track down the leaders, Hagler continued to improve her times to establish a five second gap behind her.

After 40-minutes of green-flag racing, Hagler brought the No. 77 L.A. Honda World Racing Honda Civic Type TCR to the checkered flag in fourth. The result is her ninth career top-five finish in TC America competition as Hagler jumped at the last-minute chance to race at COTA with LA Honda World Racing. 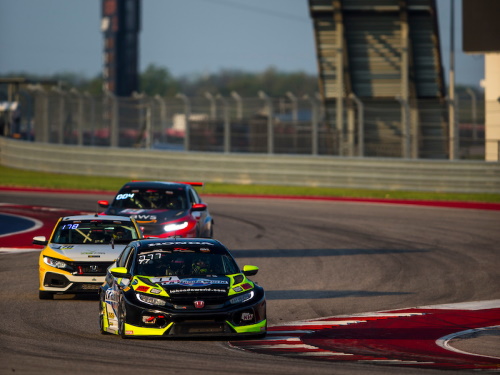 “I was able to have a few close battles with a few guys today, which was fun,” said Hagler. “We raced close, but they are all courteous racers so I trusted that our battles would be clean. Finishing fourth is great but we want to go back to the car and make a few tweaks. We have the car to make it onto the podium for the second race tomorrow. It’s where we know we can be this weekend.”

Hagler’s weekend at COTA marks her first visit back to the site of her professional racing debut in 2019. She captured her first podium finish of third in only her second race start. Having success at the Austin track, Hagler had confidence taking the green flag at COTA as she entered the weekend with the momentum of her season-best IMSA result of fourth last weekend at Michelin Raceway Road Atlanta. 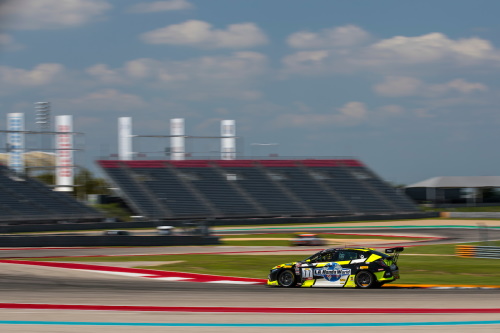 “Having prior experience gave me an extra boost of confidence as well as motivation, ” said Hagler. “Qualifying on the front row helped as well. I know I have what it takes to get a strong finish and I was able to use my tools in the car to get the most out of it during the race. I am very optimistic going into Race Two tomorrow.”

Hagler will take the green flag from third for Race Two on, Saturday September 19th, at 12:05PM Central. Live flag-to-flag coverage is available at youtube.com/GTworld.