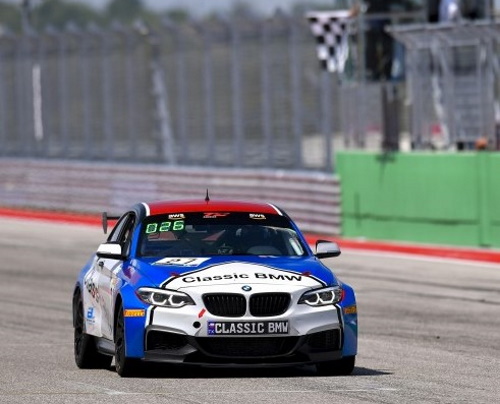 AUSTIN, Texas (September 21, 2020) – As team manager of the Texas-based Fast Track Racing/Classic BMW team, Toby Grahovec knew the importance of a strong showing at his racing organization’s home racetrack, Circuit of the Americas (COTA), this weekend in the SRO America sports car competition as the 2020 racing campaign comes to a close.

As a racing driver, Grahovec knew the importance of getting to the top step of the COTA winner’s circle in the doubleheader action on the popular 3.426-mile, 20-turn road circuit east of Austin. The 2016 TC America series champion is on the quest for another title when he entered Friday and Saturday’s 40-minute sprint events in his No. 26 ClassicBMW.com BMW M240iR sports car. 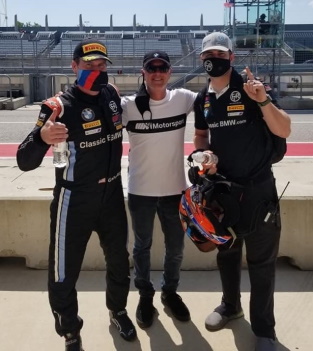 Toby left little doubt of his intentions to reach victory lane in the weekend’s opening TC America contest, as the Celina, Tex., veteran won the pole position and dominated the 17-lap TC feature with a 12.571-second triumph over his series rival, James Clay in the No. 36 Bimmerworld BMW M240iR.

“It’s amazing to get the win on Classic BMW’s home soil,” said Grahovec, who entered the COTA weekend coming off a sensational come-from-behind win at Road America. “The 2020 season has been difficult with COVID-19 four-month layoff, but our Fast Track Racing team did a great job preparing a strong BMW for me. It’s tremendous to have Eric (Maas, team owner) and Classic BMW folks on hand for this win. Thanks so much for their support.” 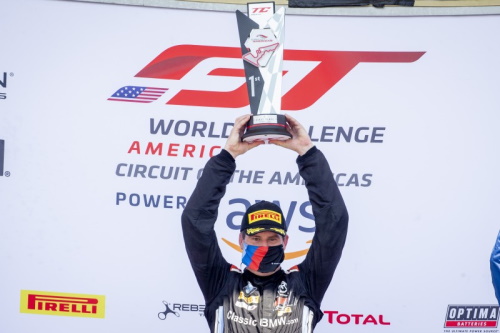 Grahovec returned on Saturday to drive his No. 26 BMW M240iR to another podium performance, finishing third in the second TC America 40-minute sprint race. 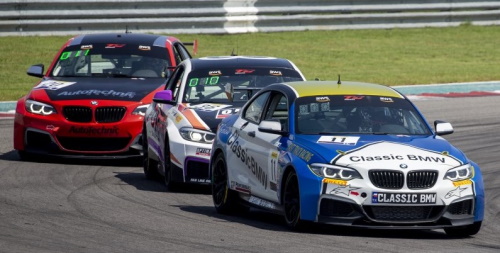 Joining Grahovec in the Fast Track Racing/Classic BMW team this weekend at COTA was veteran Phil Bloom, who took the No. 11 ClassicBMW.com BMW M240iR machine to two impressive fourth place finishes after a layoff from the regular TC America events. The Massachusetts driver just missed get to the winner’s circle podium (Top-3) in both TC contests. 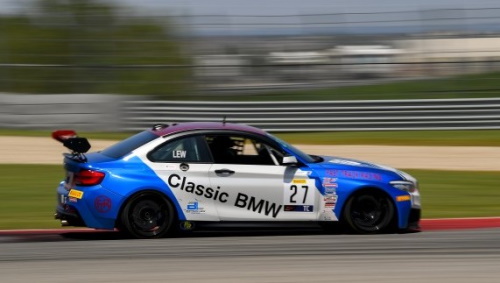 Also competing for the Fast Track Racing effort was 17-year-old Bryson Lew of Moraga, Calif., who was making his first racing appearance at the famed COTA facility. The high school student drove the No. 27 ClassicBMW.com BMW M240iR car to a seventh-place finish in the tough TC America action. Highlights from the TC America racing at COTA will be televised on the CBS Sports Network on Sept. 24 at 8 p.m. EDT with an encore showing on Sept. 25 at 12:30 a.m. EDT.

AUSTIN, Texas (September 21, 2020) – Young Texas racer Chandler Hull teamed with Toby Grahovec in the very competitive GT4 SprintX competition at COTA this weekend and returned to the victory podium in the No. 26 TACenergy/ClassicBMW.com BMW M4 GT4 sports car in the GT4 Silver division.

Hull, from Dallas, Tex., and Grahovec, from Celina, Tex., drove the No. 26 TACenergy/Classic BMW BMW M4 GT4 to third place in the Silver class on Friday at the 3.426-mile, 20-turn COTA road circuit in the 60-minute, two-driver event. The Texas duo returned in Saturday’s one-hour race and posted a fifthplace finish. Hull and Grahovec, who won the Silver category race at VIRginia International Raceway in July, will return to action in the No. 26 No. 26 TACenergy/Classic BMW BMW M4 GT4 on Oct. 2-4 in the SRO America season final at the Indianapolis Motor Speedway. Rounds 14-15 will be contested on the 2.439-mile, 13-turn road course inside historic “Brickyard” oval, as Hull and Grahovec seek to finish in the topfive in the 2020 GT4 SprintX Silver class points. They currently are tied for sixth position with two races remaining. 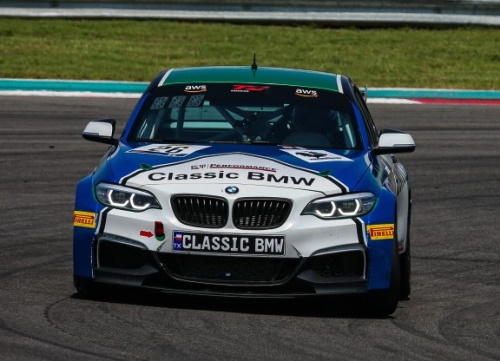