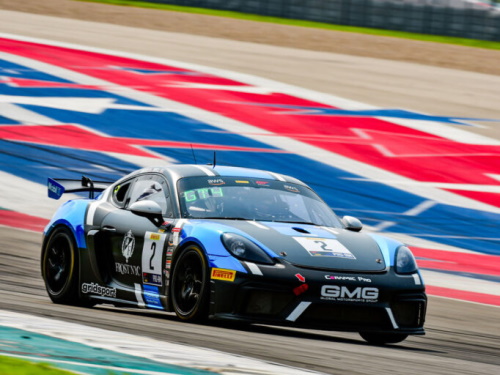 AUSTIN, Texas (September 21, 2020) – Competing at one of his most favorite tracks in North America, GMG Racing driver Jason Bell became a SprintX Pro/Am and Overall class winner at the Circuit of the Americas (COTA) this past weekend. Co-piloting with Andrew Davis, the duo managed to secure the victory in Saturday afternoon’s wheel-to-wheel action, their first win of the season. Bell was also able to secure four top-five results throughout the weekend to add to his growing results resume.

The best results of the weekend came between co-drivers Jason Bell and Andrew Davis in the SprintX division where they managed to take two top-five finishes including their first win of the season. Finishing sixth overall and fourth in class in race one, Bell and Davis rocketed to the top of the charts in race two to win both the Pro/Am class and take the overall class victory, a major accomplishment for all involved.

“We have had several podium results this year so to get a breakthrough win was one of the goals this weekend,” explained Jason Bell. “While we were aiming for the class win, to claim both the class and overall victory is special and is a great achievement for GMG Racing, Andrew and myself. If it wasn’t for all of the guys and their hard work, this would have not been possible.” 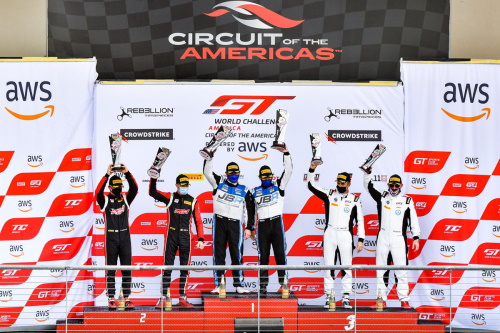 Jason Bell and Andrew Davis to both the Class and Overall Win in one of three SprintX races this past weekend at the Circuit of the Americas (Photo: GMG Racing)

Competing in the GT Sports Club (GTSC), Bell was able to secure fifth and fourth place results while in the Sprint division Bell had three main events finishing fourth in class (sixth overall) in the first wheel-to-wheel action of the weekend before climbing to the third step of the podium (fifth overall) in Saturday’s round. Sunday’s third and final event of the weekend would see Bell involved in an incident on the ninth lap that forced him to the sidelines and out of the event.

With one more event weekend on the calendar, Jason Bell will now shift his focus to the October 1-3 weekend at the famed Indianapolis Motor Speedway. As the final event of the year, Bell will aim to climb his way to the top of the podium and finish the season on a high.

Jason Bell would like to thank all of his partners for their continued support. A huge thanks to GMG Racing, 13 Ugly Men, KavanaRum, Ceramic Pro and Frost NYC.