Mario Farnbacher and Matt McMurry are coming off a winning weekend at Michelin Raceway Road Atlanta, the first win for the No. 86 Acura NSX GT3 this season. Three podium finishes preceded the Road Atlanta victory for Farnbacher and McMurry, putting them into the championship lead heading to MSR’s home event. 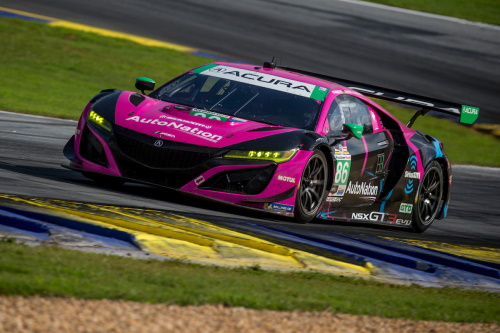 The MSR Acura has finished runner up in the previous two events at Mid-Ohio and the team is eager to capture the coveted home track victory.

Making his Mid-Ohio debut last season in the MSR Acura, Farnbacher was in pursuit of a win, racing through an intense back-and-forth battle during the last laps to come away with a second place finish, just 0.5-seconds shy of the win. 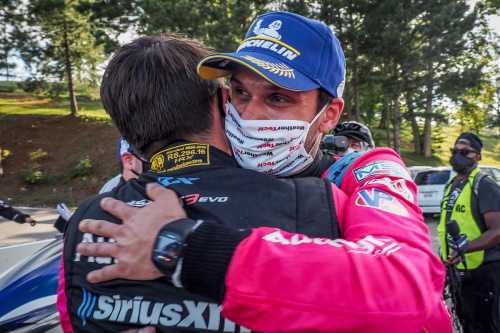 “It’s the home race for Acura and for Meyer Shank Racing so it’s a big weekend all around,” said Farnbacher. “We’re really hoping to give the team its first win at Mid-Ohio. Last year we came close, so I’m hoping we can change that this weekend. The goal, as always, is to try and get more points towards the championship. A win, would of course, be great, but it’s so important to be consistent in this championship. Mid-Ohio is a special track and requires a specific type of driving style because it’s very technical.”

McMurry is coming off of his third appearance in the 24 Hours of Le Mans which saw him finish eighth in the 24 car LMP2 field. McMurry will switch gears back onboard the No. 86 Acura NSX GT3 and will make his debut at Mid-Ohio onboard a GT machine. The recent college graduate has fond memories of the 2.258-mile course, having captured the IMSA LMP2 pole and win in last year’s event. 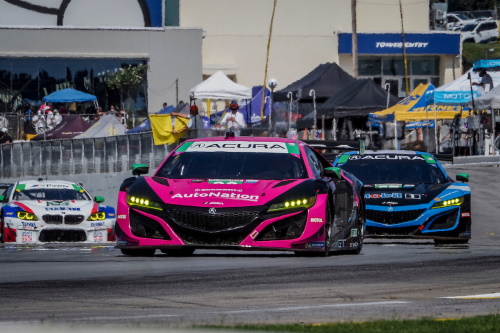 “I’m looking forward to getting back in the Acura, especially at Mid-Ohio because it’s such a special track for Mike (Shank) and the team,” said McMurry. “Mario (Farnbacher) and I have a good rhythm going. We are leading the championship right now, but that doesn’t change our focus heading into the next few events. We’ll try to get as many points as we can, and a win would be awesome to give to Mike.”

The Acura Sports Car Challenge is set for a 2:05pm ET green flags start on Sunday with flag-to-flag coverage on TRACKPASS by NBC Sports Gold. IMSA Radio coverage can be listened in on SiriusXM Ch. 202. There will be a delayed broadcast on NBCSN on Sunday starting at 11:00pm ET.