Currently in the top 10 in points for the GTD championship, Heinricher Racing is in a closely packed field where execution in the remaining races becomes paramount. 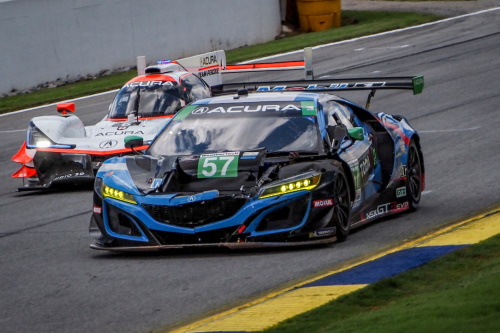 “We have had a couple of tough races this year with car damage and a DNF,” said team owner Jackie Heinricher. “Those missteps have us lower in the point standings than expected but the competition is very tight with only 30 points currently separating the top 10 in the championship. We’re focusing on these final five races as a mini-season that we want to win.”

Alvaro Parente and Misha Goikhberg will be back in the No. 57 Heinricher Racing with Meyer Shank Racing Acura NSX GT3 for the two-hour, 40-minute event on Sunday.

The previous IMSA event saw an incredible drive by Parente, Goikhberg and endurance driver Trent Hindman despite racing almost five hours of the six-hour race without a hood. Despite what could have been race-ending damage, the Heinricher Racing team and drivers pulled off an impressive comeback finish in seventh. 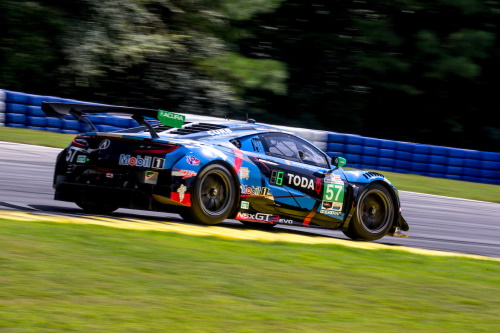 It’s been several years since Goikhberg competed at Mid-Ohio in IMSA competition, and this weekend will mark his GT debut at the 2.258-mile course. His two previous outings were onboard powerful Trans Am machinery, yielding two top-10 finishes.

“I’m looking forward to getting back with the team and getting that result that I know we are capable of,” said Goikhberg. “Mid-Ohio is a really tricky track but I’m really looking forward to getting out there with the Acura NSX GT3. The team has performed well there the last two years, so I know that we have some good data and feedback that will be useful for us to pull off a good result.”

Parente made his IMSA Mid-Ohio debut in 2018 onboard the Meyer Shank Racing Acura NSX GT3 and drove to a second-place finish with teammate Katherine Legge. Parente has scored two victories at Mid-Ohio in SRO competition and is now hoping to give Heinricher Racing its first victory. 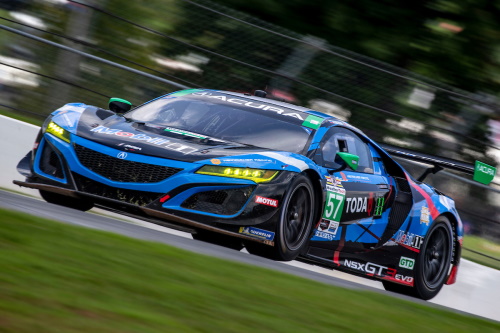 “It’s the home race for the team and it’s a track I quite like and had some good races there in the past,” said Parente. “It would be great to get a good result this coming weekend. I feel that if we put everything together and work well during the weekend we should be able to have a good race.”

The Acura Sports Car Challenge is set for Sunday at 2:05pm ET. The race will be featured on TRACKPASS by NBC Sports Gold, with additional coverage on SiriusXM Ch. 205.