INDIANAPOLIS (September 22, 2020) – Dreyer & Reinbold Racing today announced its entry for the Oct. 2-3 INDYCAR Harvest GP doubleheader weekend at the Indianapolis Motor Speedway in rounds 12-13 of the 2020 NTT INDYCAR SERIES with new partner, Oil2Soil®, on the No. 24 DRR Chevrolet for driver Sage Karam.

It marks the third 2020 appearance for the Dreyer & Reinbold Racing team at the legendary “Brickyard” racing facility with its entry at the 2.439-mile, 13-turn road circuit inside the famed 2.5-mile oval. The INDYCAR Harvest GP also will be the third weekend for the NTT INDYCAR SERIES at IMS with a doubleheader road racing event. 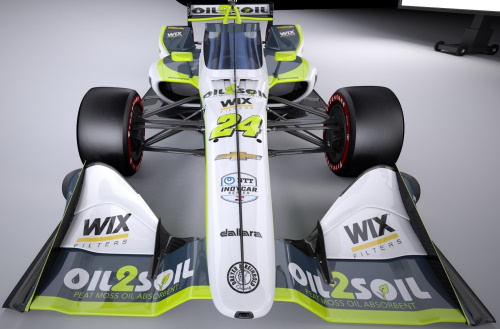 DRR previously announced its expansion of an Indy 500-only racing program when the team competed at the INDYCAR GP with the No. 24 DRR WIX Filters Chevrolet and driver Sage Karam. For the past six years, DRR has competed only at the Indianapolis 500. From 2000 to 2013, the Dennis Reinbold-owned organization competed in the NTT INDYCAR SERIES full-time.

Oil2Soil®is the quickest, most cost-effective and environmentally friendly absorbent for oil and lubricant cleanup, offering numerous loose fill and spill kit products. Oil2Soil® products are extremely effective in absorbing oils and hydrocarbons, while offering savings in areas of time, labor and waste disposal costs. Oil2Soil® is excellent for oil spills, automotive lubricants, garages, shops, and paint spills. The Harvest GP will be the first major partnership for DRR with Oil2Soil® Organic Peat Moss Absorbents at the Indianapolis Motor Speedway. More information about Oil2Soil and their family of products can be found at www.oil2soil.com.

Driver Sage Karam competed at the INDYCAR GP on July 4 and DRR campaigned two cars with Karam and J.R. Hildebrand in the 104th running of the Indianapolis 500 on August 23.

“Earlier this year, we announced our team would run more races in 2020,” said Reinbold. “We were at St. Petersburg ready for that event when the COVID-19 closed that weekend for the race. We then came back at the INDYCAR GP for our first road race in seven years. I think we learned a lot about the road course car and looked to run another race. So, the Harvest GP doubleheader fit in well for our operation and we’re excited to introduce Oil2Soil to IndyCar racing. Sage also improved throughout the July 4 weekend and we believe he will have strong runs at the Harvest GP. We look forward to the two-race weekend at IMS.”

Karam is anxious for his return to the IMS road circuit after the July 4 event. 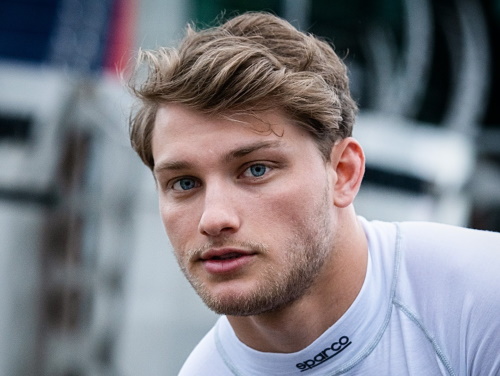 “I’m very excited to return for the Harvest GP at the Indianapolis Motor Speedway with Oil2Soil as a primary partner,” said Karam, the 2013 Indy Lights champion. “The DRR team did a great job preparing for its first road race in seven years and we improved each session we had at the July 4 INDYCAR GP. We had bad luck in the race, but I think we showed that we gained speed with the No. 24 DRR Chevy. Our goal is to qualifying better from the July race. It was a physical race in July with the new aeroscreen and the hot temperatures. It will be cooler in October. I can’t wait to hit the IMS road course again.”

The Dreyer and Reinbold families have a storied history at the Indianapolis Motor Speedway dating back to 1927 when Reinbold’s grandfather, Floyd ‘Pop’ Dreyer, was a crewman in the Indy 500 for the Duesenberg team. The INDYCAR Harvest GP doubleheader also pays tribute to a storied IMS event, the “Harvest Classic” held in September of 1916.

The Harvest Classic was the only racing event held outside of May at IMS from 1911 through 1993. The event featured three races, all won by legendary driver Johnny Aitken.

The INDYCAR Harvest GP event will also include the SRO America sports cars and the Indianapolis 8 Hour race as part of the Intercontinental GT Challenge Powered by Pirelli on Oct. 4. A full on-track schedule spanning Wednesday, Sept. 30 to Sunday, Oct. 4 is available at IMS.com/HarvestGP. 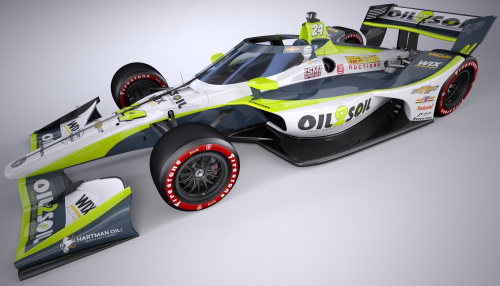 About Dreyer & Reinbold Racing: Dreyer & Reinbold Racing was founded in 1999 by Indianapolis car dealer Dennis Reinbold. The legacy of the Dreyer and Reinbold family dates back to the 1920s with Reinbold’s grandfather, the legendary Floyd “Pop” Dreyer, a former factory motorcycle racer. Dreyer served as a crewman and mechanic on the famed Duesenberg driven by Benny Shoaff and Babe Stapp in the 1927 Indy 500. Dreyer went on to build Indy 500 cars in the 1930s which many started on the front row. In addition, Dreyer constructed championship-winning sprint cars and midgets as well as quarter midgets called Dreyerettes. Dreyer & Reinbold Racing captured its first win in 2000 with driver Robbie Buhl at Walt Disney World Speedway in Orlando, Fla., and has fielded a variety of drivers including Buhl, Buddy Lazier, Sarah Fisher, Buddy Rice, Ryan Briscoe, Al Unser Jr., Sage Karam and J.R. Hildebrand. Dreyer & Reinbold Racing has successfully qualified all 40 drivers for the Indy 500 in its history. DRR, who competed in the Rallycross for the first time in 2015, captured the 2016 Lites championship in 2016. In 2019, DRR campaigned Karam, Hildebrand, Conner Martell, Cole Keatts, Gray Leadbetter and Lane Vacala in the ARX2 division.