Lakeville, Connecticut (September 22, 2020) – As a result of the ongoing travel restrictions and quarantine requirements surrounding the COVID-19 pandemic in Connecticut, the Trans Am SpeedTour Classic at Lime Rock Park scheduled for October 16-17 has been canceled for the 2020 season. The Trans Am Series presented by Pirelli is slated to return to Lime Rock Park Memorial Day weekend with the Sportscar Vintage Racing Association in 2021.

The two 100-mile races scheduled for Lime Rock will now run as one combined feature at Michelin Raceway Road Atlanta (November 19-22), creating a double-header and double-points scoring weekend for Trans Am competitors, mimicking the Virginia international Raceway schedule set for this weekend.

“We’ve worked diligently to address all health and safety requirements, but Connecticut’s travel restrictions and quarantine requirements made the event no longer feasible,” SVRA CEO and majority owner of The Trans Am Racing Company Tony Parella. “We are confident that the four remaining events on our national 2020 schedule at VIR, Circuit of The Americas, Road Atlanta and WeatherTech Raceway Laguna Seca, will go off as planned. We appreciate your support and understanding as we navigate through the unforeseen challenges this year has repeatedly presented. Please take every necessary precaution to ensure the continued good health of your family and yourself. We look forward to seeing you at a race soon.” 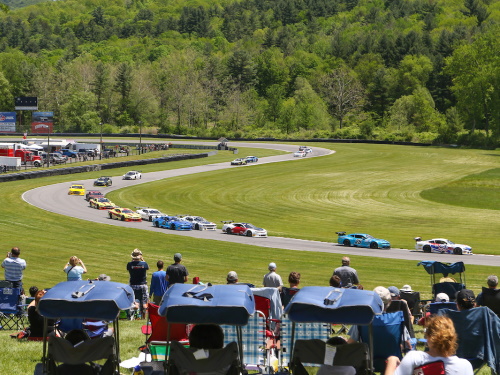 Trans Am first visited Lime Rock during its second season, with Peter Revson winning in a Bud Moore Mercury Cougar. Mark Donohue won the following year in a Roger Penske Camaro, with Sam Posey – who grew up only five miles from the track – took the 1969 victory, while Parnelli Jones and Bud Moore teamed up for victory in 1970, at the height of the Golden Years.

The series continued on nearly an annual basis through 2003. Then, after a nearly a decade hiatus, Trans Am resumed racing at Lime Rock in 2013 with Paul Fix taking victories three years in a row. Following a three-year break, Trans Am once again returned to the Connecticut circuit with Chris Dyson taking the overall win in the TA/SGT/GT feature and Thomas Merrill was victorious in the TA2® class.

“We deeply regret not hosting the Trans Am SpeedTour Classic this year, but we readily acknowledge the challenges associated with bringing race teams and staff from around the country together under the current challenging circumstances,” said Lime Rock Park President Skip Barber. “We know that Tony Parella and his team have exhausted every opportunity to conduct the Lime Rock event this year. Trans Am racing has been an integral part of Lime Rock’s heritage, and we look forward to the return of this tradition over Memorial Day weekend in 2021 and for many years to come.”

After a mid-season break, Trans Am returns to action this weekend (September 25-27) at Virginia International Raceway for the Heacock Classic Gold Cup. The SpeedTour event will feature two individual races for the TA/XGT/SGT/GT and TA2® classes, and then one combined race on Sunday. All three races will be lived streamed on the Trans Am by Pirelli Racing App.