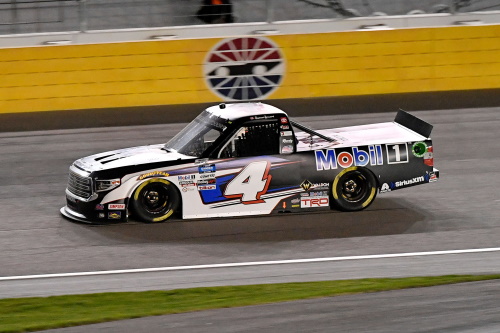 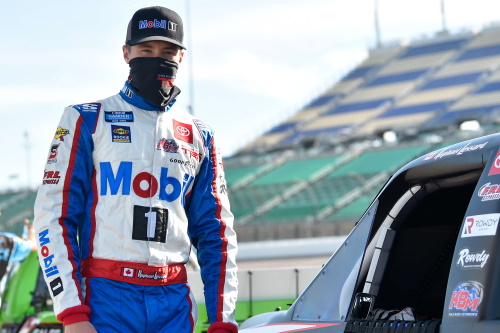 Does going back to a track where you went to earlier in the year and were able to practice at help as you prepare for this week’s race at Las Vegas?

“Going to Vegas, a track that I’ve had practice at before, is going to help. I feel like we were really good. It was my first mile-and-a-half at the beginning of the year. We were pretty fast until I made a mistake and wrecked. It’s part of it, but now, I feel like I’ve learned a lot throughout the season. If we have a good Toyota Tundra, then we will be really fast. I’m excited for it. It’s fun to have a new sponsor onboard, Frameco. There’s going to be Canac and Mobil 1 on the truck as well. I’m really looking forward to this weekend.”

Is Vegas similar to the other 1.5-mile tracks on the truck schedule, or does it have its own unique characteristics?

“I don’t think Vegas is similar to any other racetrack we go to. Driving wise and aero wise, it is similar to other 1.5-mile tracks. The racetrack is really cool because you can move around. I remember running the top all the way down to the white line at the bottom. It is a fast racetrack. It’s pretty aero sensitive, but you can look around and find grip. It’s really fun when there is a lot of grip. I’m excited for it. We’re going to go out there and do our best to bounce back from the last two races where luck hasn’t been on our side. We are going to get it back and keep on working.” 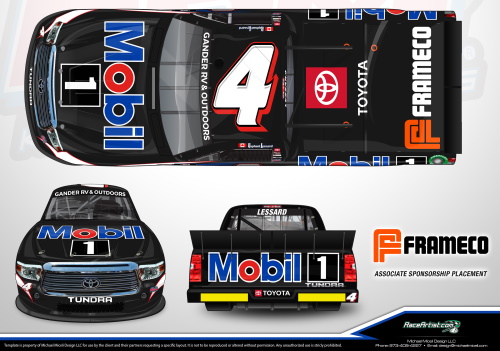 KBM-054: The No. 4 Mobil 1 | Frameco team will unload chassis number KBM-054, which has been raced seven times. Most recently, Lessard piloted the chassis to a seventh-place finish at Michigan International Raceway in August. Owner-driver Kyle Busch won with this Tundra at Pocono (Pa.) Raceway in July of 2018.