The weekend is the first doubleheader event weekend for the growing team, which will manage the two concurrent client programs, looking for success in two different states.

The father-son driving pair of Greg and Eric Palmer will take the No. 3 Copps Industries Ligier JSP3 to Mid-Ohio for the penultimate round of the 2020 IMSA Prototype Challenge season on Saturday (TrackPass on NBC Sports Gold, 4:45PM). 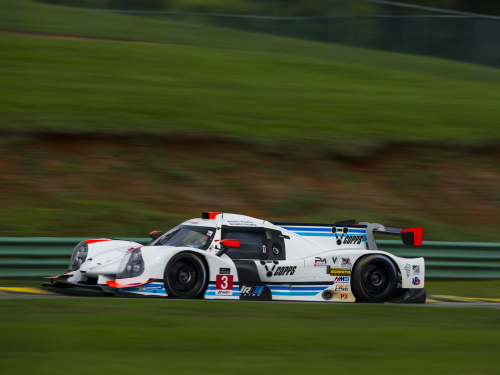 The one hour, 45-minute race will be the third start at the 13-turn course for the elder Palmer Greg, who earned two top-five finishes in Porsche GT3 Cup Challenge in 2018. Eric Palmer has tested at Mid-Ohio but will make his first professional race start there on Saturday.

The Palmers are optimistic heading into the weekend as they look to race to their fifth top-ten finish of the season.

“Mid-Ohio is an excellent track for our Ligier,” said Greg Palmer. “It is a very technical course that requires an immense amount of focus. We had a very positive test there at the end of August where Eric (Palmer) and I learned a lot about how to drive the LMP3 there. I am looking forward to getting back to racing and translating our testing successes into solid race finish. The Jr III Racing crew consistently gives us a great car and I am ready to get back behind the wheel of the No. 3 Copps Industries Ligier again.”

Just about 500 miles south of Mid-Ohio, the vintage racing arm of Jr III Racing will be fielding four customer cars at VIR for the Heacock Classic Gold Cup. For the first time in Jr III Racing history, the team will be working on two different programs on the same race weekend.

The team has added additional talent to the crew for the SVRA weekend at VIR. Ashley Malec is an experienced mechanic having worked on Chip Ganassi Racing’s NASCAR Cup team before making the transition to Jr III Racing. She returns as a mechanic for the first time since taking over as Jr III Racing’s Team Manager. Billy Glavin’s former coworker and Hendrick Motorsports fabricator Mike Atwell joins the team as well for the weekend.

“Ashley is returning to the road for the first time with the team since having her first child last year,” said Team Owner Billy Glavin. “We are excited to welcome her back to the track and be a mechanic again. She has transitioned into an excellent Team Manager, but her mechanics skills are being called into service this weekend to help the team out!”

The VIR vintage event will feature four of Jr III Racing’s customer cars – a Dodge Challenger Trans Am in Group 10 and three BMW entries in Group 12. The dual race weekend for Jr III Racing is another step the team makes as it continues to grow its racing programs. 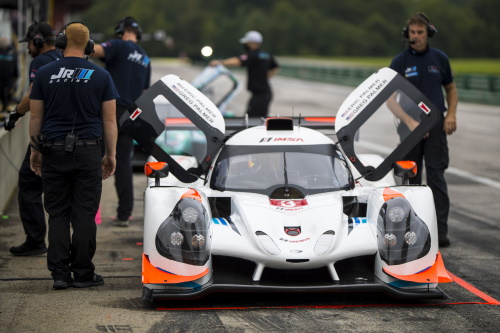 “The team really did an outstanding job in the shop getting ourselves ready for the double header and we are excited to be supporting our customers at two different tracks in one weekend,” said Team Owner, Billy Glavin. “The IMSA program is very well established at this point in the season, so the crew will do an excellent job helping the Palmers set up the car. I am very lucky to have a great crew as well as a couple old friends join us this action-packed weekend. We haven’t raced with SVRA since Mid-Ohio in June and are looking forward to getting the vintage cars back on track. Fall weather has arrived here in North Carolina so it should be a great weekend.”

The weekend of racing begins with the IMSA Prototype Challenge from Mid-Ohio on Saturday, September 26th at 4:45PM ET with live flag-to-flag coverage on TrackPass on NBC Sports Gold. SVRA follows with feature races at VIR September 26-27.