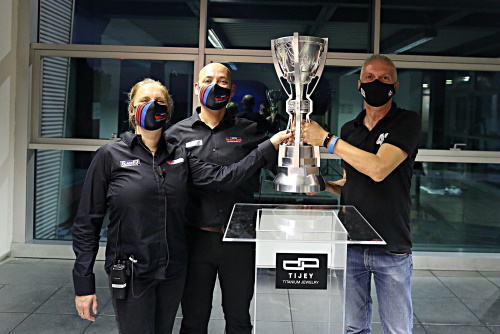 (September 23, 2020) –  The drivers chasing the NASCAR Whelen Euro Series title will have a new, exciting reason to push themselves to the maximum of their abilities in the 2020 NWES season. Entering the second year of their partnership, NASCAR Whelen Euro Series and Tijey unveiled today the new NWES trophy that the EuroNASCAR Champion will raise in Valencia, Spain on December 6th.

The trophy is inspired by the NASCAR Cup Series one. Weighing 9,2 Kg, the 700mm tall trophy is entirely built from CNC-machined aeronautic-grade AT6082 T6 aluminum. Each part is machined by a high-end 5-axis cutter and carefully assembled to form a unique, everlasting prize to reward the everlasting achievement of becoming European NASCAR champion. The top cup features the shape of the tracks hosting a NASCAR GP, the central ring sports the NWES logo and the base is shaped as a General Tire GT tyre. The trophy, with its stunning details, will travel across Europe with the NASCAR Whelen Euro Series to shine in the paddocks of the best race tracks in the Old Continent.

All residual metal left from the 100-hour of 60 kilograms of aluminum manufacturing process of the NWES trophy gets recycled and used to build other products. 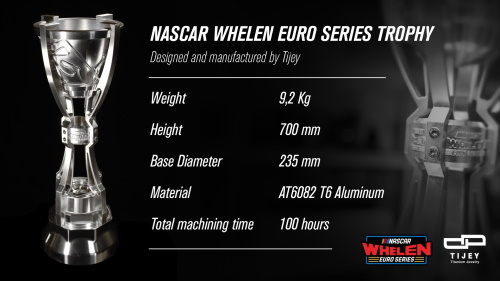 “We are really happy and proud to present this fantastic new trophy to our fans and competitors,” said NWES President / CEO Jerome Galpin. “It is a really unique piece of art mixing passion for racing with top-end technology and we can’t thank our great partner Tijey enough for designing such an amazing trophy. It will definitely give extra motivation to all the competitors to prove they are the best NASCAR drivers in Europe.”

“With the realization of the new trophy destined to the 2020 NASCAR Whelen Euro Series champion, Tijey and NWES reinforce a partnership established in 2019 with the Fastest Driver Award,” said Tijey founder Luca Saladino. “While the Tijey titanium rings will continue to reward the drivers earning the most points in each racing weekend, this new trophy inspired by the NASCAR Cup Series adds a further demonstration of the unique character of our company. The trophy perfectly represents Tijey’s know-how, including the use of cutting-edge technology with a unique style, design and respect for the environment.” 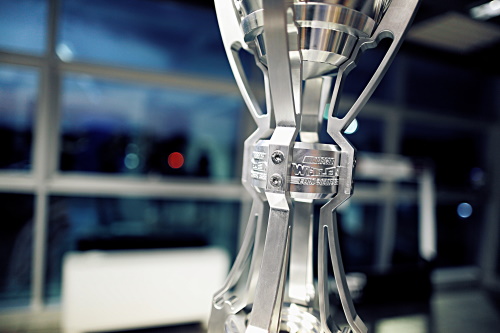 The NASCAR Whelen Euro Series drivers will see the new NWES championship trophy in person for the first time on October 3-4, when EuroNASCAR will visit the historic Circuit Zolder for the NASCAR GP Belgium. 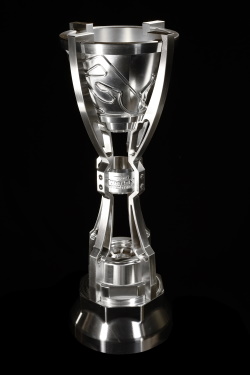