Indianapolis, Ind. (September 24, 2020) – Descending on the Indianapolis Motor Speedway over the weekend of October 2nd – 4th, Jason Bell and GMG Racing have put together a world class team for the upcoming GT World Challenge Indianapolis 8 Hour. Piloting a GMG Racing prepared GT4 Porsche 718, Bell will be one of three drivers joining the likes of Andrew Davis and Robin Liddell.

“I am really excited about the team we have put together and our quest to be the Indianapolis 8 Hour Champions,” explained Jason Bell. “I have been co-driving with Andrew Davis all year in GT4 SprintX and we are the perfect combination. Robin is a true competitor and elevates the level of our program substantially both on and off the track.” 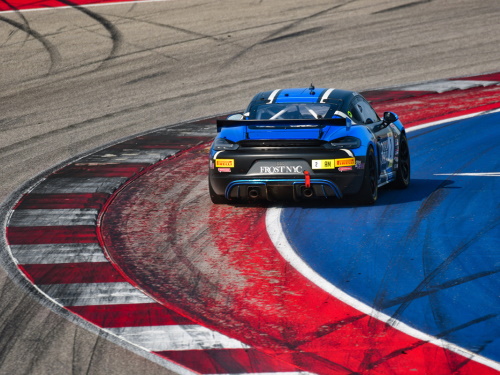 “I can’t think of a better location to cap off the 2020 Pirelli GT4 America season than Indianapolis Motor Speedway,” added Andrew Davis. “Jason and I are coming off our first victory at the last round, so confidence is high heading into the series finale. I really feel that our program is just now hitting full stride. The GMG Racing crew has done an exceptional job preparing a fast Porsche Cayman 718 GT4 Clubsport for us, and Jason’s performance on track gets stronger each event. To build on the excitement, I’m thrilled that we are bringing in my longtime teammate, Robin Liddell, to help us in our quest for the top spot in the 8 Hours of Indianapolis.”

Robin Liddell added, “I’m super excited to join my friend and longtime co-driver Andrew Davis together with Jason Bell in the GMG run Porsche Cayman GT4 for the upcoming 8 Hours at Indianapolis. With thanks to Andrew and especially Jason for inviting me to join them in this endurance event, coming off the back of their recent victory in the SprintX race in Austin it really is a dream situation! Andrew and I have shared a lot of success over the years as teammates so I’m just hoping I can slot in and get used to the car and the team as quickly as possible and do the best job I can for those guys. I’ve been following their progress this year with interest and Jason has impressed me this year with his performance and I know how hard they are all working for continued success. I’m really looking forward to getting back in a Porsche with the GMG squad for this event and pushing for the win.” 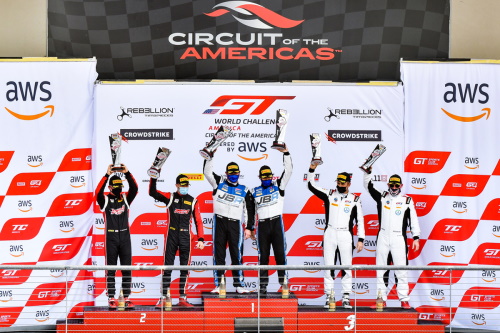 Running a combined event weekend with GT4 America, Bell and Davis will also see action in the SprintX division for the final two races of that championship chase while Bell will triple up on the events and battle in the Sprint class earning him another two opportunities to stand atop the podium.

With a jam-packed event that is already underway, the event weekend will conclude on Sunday, October 4th with the final Indianapolis 8 Hour checkered flag at 6:00pm.

Jason Bell would like to thank all of his partners for their continued support. A huge thanks to Indianapolis 8 Hour event partners GMG Racing, Porsche of Tampa, Reeves Motorsports, Ceramic Pro USA and Gridsport.