After suffering two flat tires in the first ten laps and subsequently falling three laps down, Raphael Lessard and the Mobil 1 | Frameco team were able to use the strategy game to gain two of their laps back and ended the day with a hard-fought 20th-place finish at Las Vegas Motor Speedway. 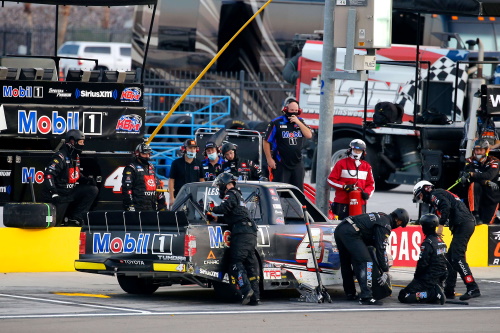 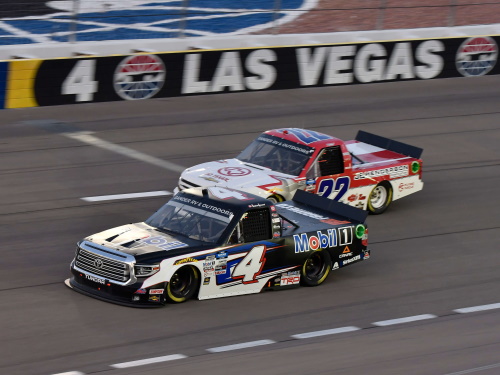 What happened early in the race that caused you to go laps down?

“At the beginning of the race I went from fifteenth to top-10 in the first few laps. However, the truck went off and I hit the wall, which caused the first puncture. After the pit stop, we had a second puncture on the same tire as the inside wing was rubbing against the tire. After the second stop on la7 seven and losing three laps on the leader, it was difficult to get back. The truck was loose for the rest of the race. We did everything we could to make up the lost laps and fought hard to the end. Thanks to my Crew Chief’s strategy we still managed to get back up to 20th position. It’s not the result we wanted. Many thanks to Mobil 1, Canac and Frameco, our partners whose support is always very much appreciated,” added the young driver, who is clearly dissatisfied with the unlucky way the race turned out.

Raphael Lessard will be back behind the wheel of the No. 4 CANAC Tundra when the NGROTS resumes action on Saturday, Oct. 3, 2020, at Talladega (Ala.) Superspeedway. Live coverage will be on RDS, Fox Sports Racing, FS1, Motor Racing Network and SiriusXM at 1 p.m. ET.