SUNNYVALE, Calif. (September 29, 2020) – CrowdStrike Racing will wrap up its SRO America season in grand style this weekend with a strong live and virtual brand presence from Indianapolis Motor Speedway.

One of the world’s most famous motorsports facilities, CrowdStrike’s involvement will be on full display in front of a global television audience as SRO America teams with the Intercontinental GT Challenge and the NTT IndyCar Series for an unforgettable weekend of racing.

The on-track component includes expanded racing for George Kurtz and Colin Braun in the No. 04 CrowdStrike/AWS/DXDT Racing Mercedes-AMG GT3 alongside a new teammate. In addition, the final two Touring Car America races are on tap for CJ Moses and Kevin Boehm – the latter going for the TCA Drivers Championship in his rookie season.

Off the racetrack, CrowdStrike will continue to lead the way in immersive, original digital content for its fans and virtual guests. CrowdStrike’s CXO Summit – discussions with cybersecurity leaders – returns, as does exclusive streaming, with guest commentary, of Sunday’s GT World Challenge America Powered by AWS and the Indianapolis 8 Hour race. 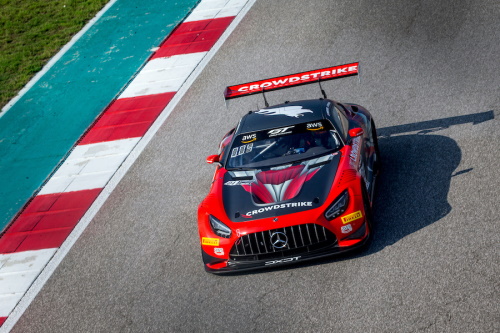 Once that has elapsed, a unique racing format will ensue. Kurtz and Braun will be joined by Ben Keating in the Intercontinental GT Challenge Pro-Am category to contest the inaugural Indianapolis 8 Hour race. Keating brings a wealth of experience in the Mercedes-AMG platform, having contested multiple seasons in the car.

It marks a return to long-distance racing in SRO competition for CrowdStrike. Kurtz was a class-winner in the 2018 California Eight Hours at Laguna Seca driving with Bryan Herta Autosport. 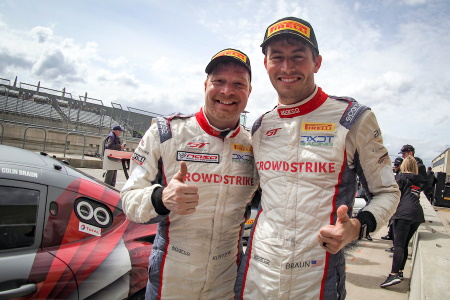 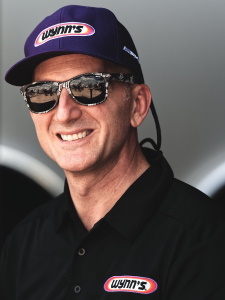 “There is no bigger way to end the season than by supporting our partners at GT World Challenge Powered by AWS and SRO Motorsports with our CrowdStrike/AWS/DXDT Mercedes-AMG in the full Indianapolis Eight Hours,” Kurtz said. “Colin and I have experienced a new level of success for CrowdStrike Racing this season, most notably our first victories together. We’d like nothing more than to go out on top at Indianapolis is this landmark event.

“We also are happy to welcome Ben to the CrowdStrike/AWS DXDT Mercedes-AMG program,” Kurtz added. “Ben has a huge amount of experience and success in long-distance endurance races. He will bring valuable insight to our program as we take on this new challenge.”

The Kurtz/Braun pairing will try to end their season on a winning note with a third victory of the season in GT World Challenge – their second year together in SRO America’s premier category. They were victorious at VIR in the first event following the break for the COVID-19 pandemic, and then scored another win at Road America.

The pairing were the GT World Challenge America Powered by AWS championship leaders before the CrowdStrike/AWS/DXDT Mercedes was withdrawn ahead of the most recent race at Circuit of The Americas due to a family emergency. Nevertheless there is optimism among the CrowdStrike Racing camp, especially with data and experience gained from a test at the 14-turn, 2.53-mile Indianapolis road course earlier this summer.

“Racing at Indianapolis is the highlight of any season,” Braun said. “George and I have come a long way since the start of the year with our CrowdStrike/AWS/DXDT Mercedes-AMG. We definitely can consider this season a success, as a whole – taking two victories and being championship contenders for much of the year. Now we have the chance to close the year with our biggest event of the season. It will be great having Ben as part of the effort. He brings a lot to the table in terms of knowledge and experience with both this length of racing and the Mercedes-AMG platform. It should make for a great weekend for CrowdStrike.” 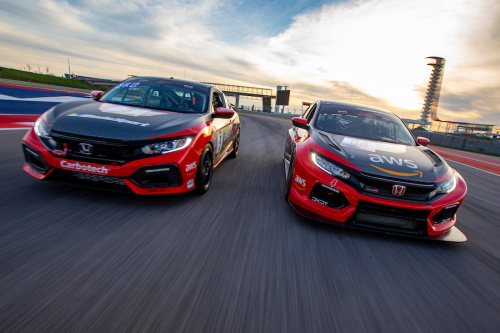 All eyes in Touring Car will be on Kevin Boehm as he looks to wrap up the TCA Drivers Championship in his rookie season. Boehm, in the No. 9 CrowdStrike/AWS/DXDT Honda Performance Development Civic Si, has been on a streak of success with five wins in his last six events to take a 31-point lead into the final two races of the season at Indianapolis.

Boehm could wrap up the Drivers Championship early with a victory in the first of the two 40-minute Indianapolis races. Otherwise, he needs to score at least 19 points during the two days to take the title; each race is worth 25 points to the winner.

The No. 9 CrowdStrike/AWS/DXDT HPD Civic won for the first time at Road America and proceeded to sweep the weekend. Two weeks ago at Circuit of The Americas, Boehm won twice, scored pole position and set the fastest TCA race lap in two of the three rounds. 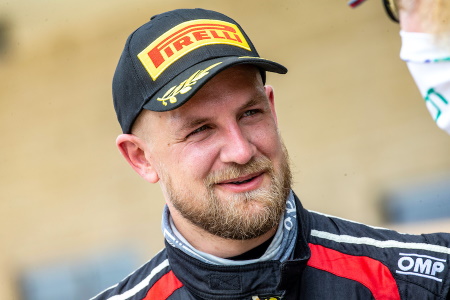 “To be in this position in the championship standings is more than I could have asked for at the start of the season,” Boehm said. “The keys have been perseverance and making ‘Every Second Count’ on and off the track – just like CrowdStrike in its business operations. I plan to take the final two races at Indy one at a time and focus on finishing each strong to secure the championship.”

Both Boehm and Moses were part of the CrowdStrike/DXDT Indianapolis test earlier this summer. That stands to be a big benefit for Moses, who is coming off one of his best showings of the year in the No. 04 CrowdStrike/AWS/DXDT HPD Civic Type R TCR at COTA.

Moses found favor with the IMS circuit in testing and plans to study as much in-car video as possible in hopes of maintaining his top-five championship position. 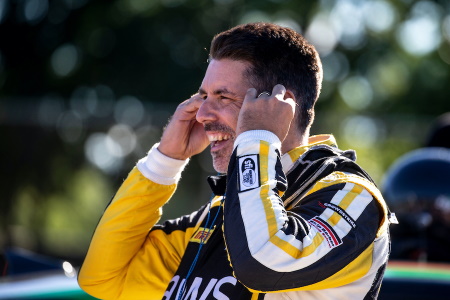 “There’s no more sacred place in American racing to close out a season than at Indianapolis,” Moses said. “The track has an incredible amount of history, and I’m excited that everyone at CrowdStrike, AWS and DXDT have a chance to write our own chapter. I’ve learned an incredible amount in my first year of TCR racing. I’m looking forward to putting that experience and familiarity with the track to good use this weekend.”

CrowdStrike’s participation and impact at Indianapolis Motor Speedway will go well beyond the racetrack. It will conclude a season where CrowdStrike has proven to be not just a thought leader in cybersecurity but also in developing unique presentations and content.

At the top of the list is the return of CrowdStrike’s popular CXO Summit, sponsored by AWS. Each gathering is an opportunity for CrowdStrike’s invited guests to learn from cybersecurity leaders on emerging topics across all industries. Showing the value of the summits to attendees, CrowdStrike for the first time will hold multiple meetings in a virtual environment paired with the live race weekend.

During the Indianapolis event, guests will discuss with their peers and with CrowdStrike and AWS executives on how to effectively lead staff members while many of their employees continue to work from home. Among the key points are effectively managing the digital and physical security of workforces in this remote age.

Another popular online offering from CrowdStrike will return at Indianapolis – an exclusive live stream of the GT World Challenge race and the full Eight Hours of Indianapolis on CrowdStrikeRacing.com. Specialized play-by-play commentary will be provided, as will technical insight by both Boehm and Moses, using advanced data display using P1Software and tools from Amazon to give fans the most complete analysis of GT World Challenge competition. Additional special guest commentators will be announced on social media as the event nears.

In addition, CrowdStrike continues its support of SRO America and recognizing all of the series’ competitors. The CrowdStrike #EverySecondCounts Fastest Lap award is presented at the end of each race for GT World Challenge America, Pirelli GT4 America Sprint and SprintX, and TC America.

The Indianapolis weekend also is another opportunity for CrowdStrike to partner with Operation Motorsport in placing retired or injured service members within teams during the weekend. It is one of many ways CrowdStrike supports and lifts up those who have sacrificed by their military service.

He is one of the many veterans whom Operation Motorsport has helped transition into new careers following their military service. Operation Motorsport is a veteran-led and operated, not-for-profit (US 501(c)(3)) that serves American & Canadian service members and veterans, and was founded on the basis of three simple words: Excite, Engage and Empower.

The GT World Challenge Powered by AWS and TC America championships conclude their seasons Oct. 1-4 at Indianapolis Motor Speedway. For more information on the series, visit the new crowdstrikeracing.com.