ENNIS, Texas (October 2, 2020) – The American Drag Racing League’s 2020 season debut at the Texas Motorplex in June was so nice, they decided to do it twice. The Driven Automotive Protection ADRL presented by CarGuard Administration U.S. Drags comes to the world-class racing facility near Dallas Friday and Saturday with tickets, once again, completely free of charge. 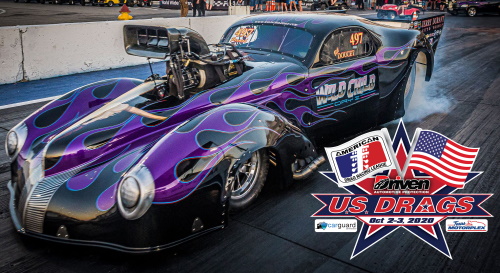 Texan Frankie “The Madman” Taylor took home the famed Minuteman trophy in Pro Extreme that first event and left a number of competitors eager for a shot for redemption. Despite his confidence, Taylor knows even if he wins again, it probably won’t be in the same fashion as his last victory here, where he raced four uncontested rounds to get to the Winners Circle.

“That was unbelievable!” said ADRL President Mel Roth. “I’ve seen Frankie win a lot of races, but that was definitely unique. I know a lot of guys who want to make sure he doesn’t get back-to-back wins here, especially those four guys he was supposed to race before!”

In addition to the nearly 30 Pro Extreme cars expected to qualify this weekend, Street Outlaws star Kayla Morton is scheduled to race. The hit drag racing TV show is also to be represented at the Texas Motorplex by Team Megatron. 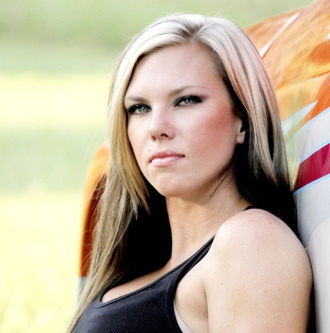 Plus, the ADRL US Drags sees the return of the Battle for the Belts. The ADRL strap has been awarded to some of the top names in doorslammer history, including Taylor, John Lynam, Bubba Stanton, Jason Scruggs, Todd Tutterow, and Von Smith. This year’s field will see the top 4 PX racers after this weekend’s event face off during qualifying Friday, Oct. 23 at the season-ending Dragstock event at World Wide Technology Raceway near St. Louis. The winner takes home $10,000 in cash.

Spectator gates open at Noon local time both days with a jet car exhibition wrapping the day up Friday and Saturday under the lights!

As always, ADRL tickets are FREE and can be found at a number of area businesses and can be printed at home by visiting ADRLDrags.com. Streaming of this weekend’s event is provided by SpeedVideo.com.

Get the Gear! Missed out on Dragpalooza or the Gateway Drags? Need your ADRL merch? Get everything you need by clicking HERE!