The new doubleheader race weekend will feature cars from all five classes: Trans Am, TA2 ® Powered by AEM, XtremeGT, SuperGT and GT. This weekends race will mark the return to action for the Trans Am West Coast Championship, which staged its most recent event in Sonoma back in August.

That race saw Greg Pickett claim the checkered flag in the No. 6 Pickett Racing Ford Mustang ahead of second-place overall finisher Simon Gregg. The dominant victory marked Pickett’s fifth Trans Am win at Sonoma since 1978. 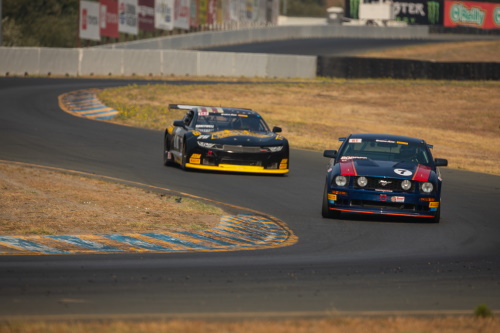 Pickett leads the championship campaign in the TA class with Gregg (XGT), Matthew Butson (TA2®), Carl Rydquist (SGT) and Joe Bogetich (GT) topping the standings in their respective classes in the West Coast.

Following the double header at Sonoma, the West Coast Championship will host its final two events with the national Trans Am Series, starting with Circuit of The Americas November 6-8 and ending the season with a double-header at WeatherTech Raceway Laguna Seca December 4-6.

Adding the additional race to Sonoma will condense the timetable for the weekend with testing, practice and qualifying all on Friday (October 9), the first combined class 75-mile race will start Saturday at 1:35 p.m. Pacific. The weekend will wrap up on Sunday with a 75-mile finale going green at 12:45 p.m. Pacific.