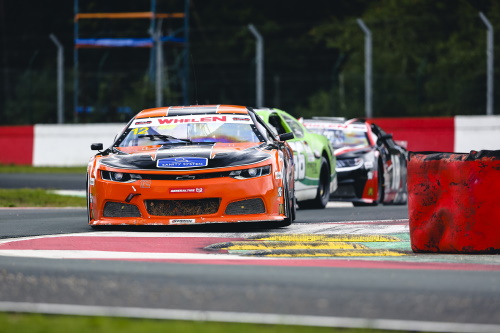 Zolder, Belgium (October 6, 2020) – The weather forecasts were the real protagonist of the second round of the NASCAR Whelen Euro Series weekend, hosted by by the Circuit Zolder, Belgium. In constantly changing conditions, the two Solaris Motorsport drivers, Francesco Sini and Nicholas Risitano, brought home important points for the championship, remaining both still on fight for the EuroNASCAR PRO and EuroNASCAR 2 divisions crown.

Under the heavy rain of the qualifying, Francesco Sini was able to set the fifth best lap time, bringing his #12 Camaro on the third row for the start of the first race. The first manche, raced on a drying track, saw “Ringhio” catching the checkered flag in P7 after a smart race, preferring a safe placement due to the points championship. The good result on Saturday could have been improved in the second race, but a contact with the Villeneuve car, where the #12 Camaro was hit by the rival, slowed the race of Sini, able to end the race with a damaged car in P8. After two of the five 2020 rounds, Sini is fifth in the EuroNASCAR PRO standings, with just a 23 points gap tot he lead.

In the EuroNASCAR 2 Division, Risitano was able to conquer the third best lap time before the qualifying session was stopped by the red flags. The good performances of the Italian drivers was confirmed in Race 1, where the #12 Sanity System Camaro conquered another podium, gaining the third position. After a briefing with the Solaris Motorsport technicians, Risitano opted for slick tires in the second race, started still with wet conditions. The right choice that was bringing the Camaro to another podium placement, but a contact in the final laps stopped the race of Risitano, forcing him to end the manche on the back of the field. After the Zolder round, Risitano is seventh in the EuroNASCAR 2 standings, having to recover only 33 points to the lead.

All the show of the NASCAR Whelen Euro Series is moving on the Czech track of Most, scheduled on the 14th and 15th November. 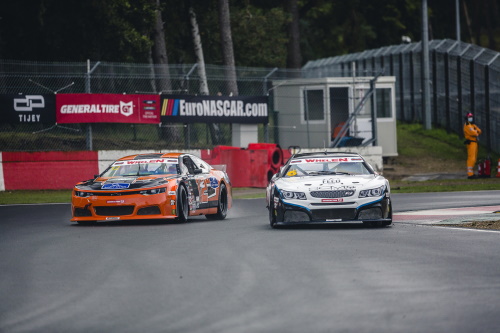 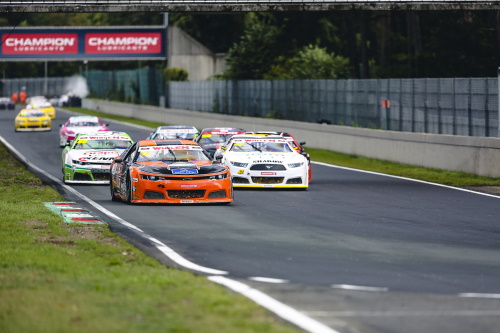 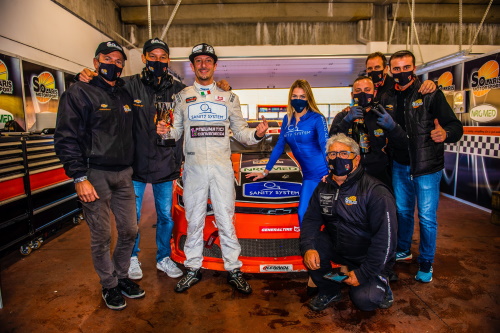 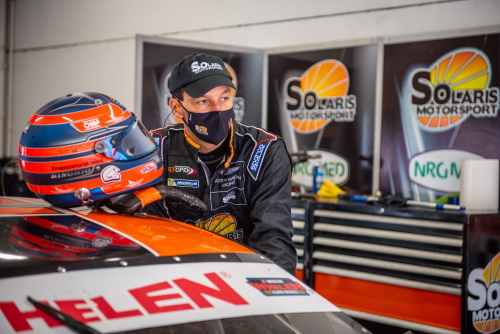 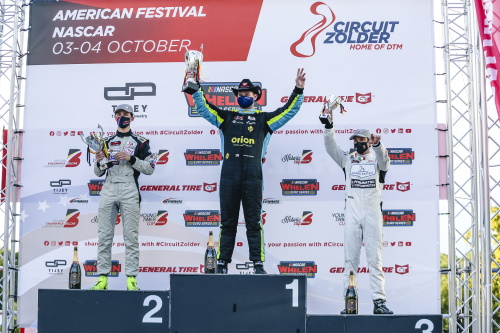