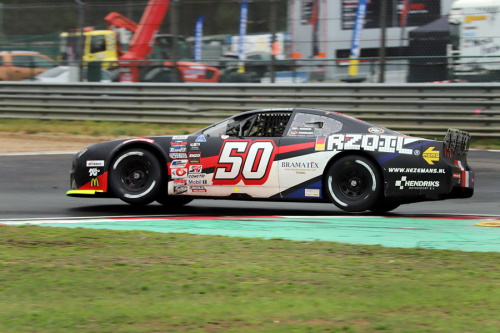 Zolder, Belgium (October 8, 2020) – Following his pair of wins at Vallelunga (I), Tobias Dauenhauer (22) is the revelation in the hard-fought 2020 NASCAR Whelen Euro Series. He is already being considered as a title candidate as his first participation and the first-ever win for a German driver in NASCAR competition were really impressive.

Rain and cold turned the race weekend at Zolder into a tyre gamble. Dauenhauer ended up fastest in first practice, confirming that his success from Vallelunga was no fluke. In qualifying, his teammate Martin Doubek beat him by merely 32 hundredths of a second: second place on the grid, a front row start. Good conditions for the first Euro-NASCAR 2 race on Saturday, also for his team MOMO Hendriks Motorsport from The Netherlands. 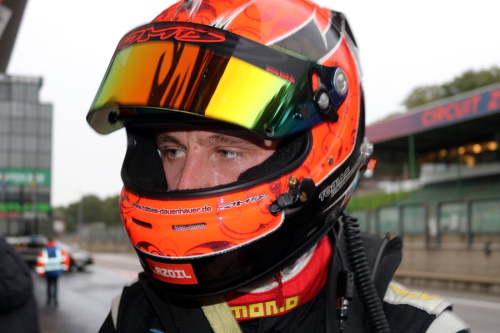 Tobias Dauenhauer is sharing the 400 hp strong #50 Ford Mustang with the 2019 Euro-NASCAR champion, Loris Hezemans (NL). On Saturday morning, Hezemans started in the Euro-NASCAR Pro race, but had problems with the transmission in the rain. To ensure that the car would be good to race again for Tobias Dauenhauer in his race, a few hours later, the gearbox was repaired. However, repair lasted longer than expected and Dauenhauer was only able to exit the pit lane to take up his slot on the grid 30 seconds before the pit lane closed. From second place on the grid, he was initially able to keep up, but for a wet track, the team hadn’t achieved the correct tyre pressure. As a result, Dauenhauer was struggling to keep the car on track during the 15-lap race. His result: only 10th place. “It was an unfortunate situation: first, I was almost too late for the start due to the gearbox repair and then I had the wrong tyre pressure. As a result, I was unable to keep up with the group at the front.”

That was to change in the second Euro-NASCAR 2 race on Sunday. The race result from the previous day determined the starting grid positions, so Dauenhauer was only on the sixth row. Rain and cold again made life difficult for all the competitors. “Making it all the way up from the midfield to the front in these weather conditions was impossible for me as well,” he reported.

To many crashes on a damp track led to multiple safety car interventions that prevented regular racing. “On top of that, I was given a 15-second time penalty for a collision with an opponent in the hard duel that made me drop back to 13th,” Dauenhauer commented. The race ended behind the safety car after 15 laps. “Too bad, due to the rain and cold, the race weekend at Zolder didn’t end in a good way for me.”

In the 2020 Euro-NASCAR 2 championship standings, Tobias Dauenhauer is currently second at 131 points, only two points down on the leader. 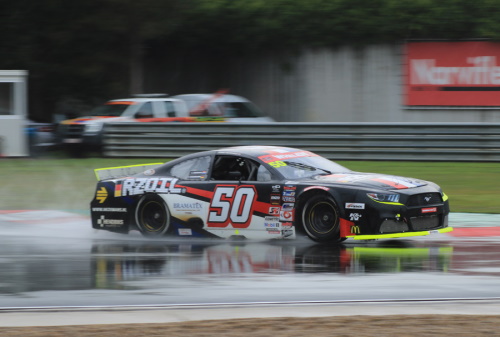 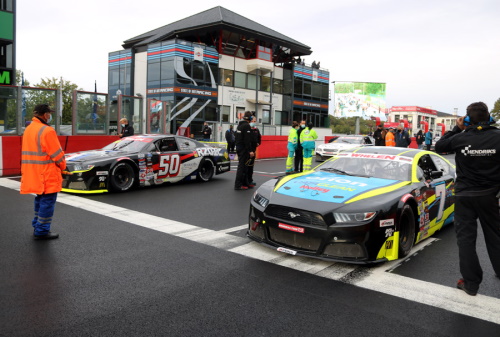 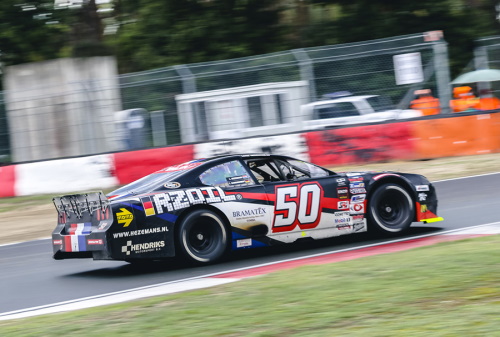 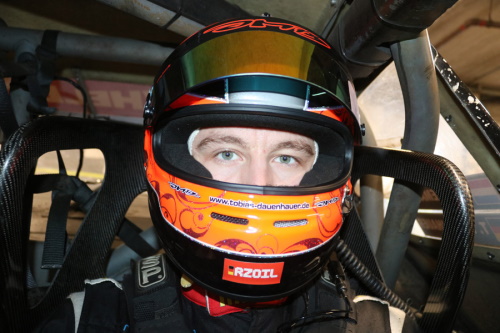