In Jacksonville, Meseraull started the night’s action by racing from seventh to first in his heat race to give him the pole position for the feature event. As the green flag waved in the A Main, Meseraull would quickly pull away from the field in what would become the standard on the evening. The only thing that seemed to slow him down were the yellow flags in a caution-filled race.

By lap 10, Meseraull had a straightaway lead and was into lapped traffic, only to see the caution wave. Yet, time and time again, Meseraull would take the green and consistently pull out to more than a second lead, stretching it out to more than two seconds at times.

The only real question on the night was who would join him on the podium. Karter Sarff held the second position through the early going, but Ace McCarthy would eventually charge from the seventh starting position into second by the midway point. Behind him, Tucker Klaasmeyer had overtaken Sarff and closed on McCarthy. Using a caution flag to his advantage, he would move past McCarthy for second as the race began to wind down.

The final yellow flag halted the action with just three laps remaining, giving Klaasmeyer and McCarthy one final shot at Meseraull, but on the yellow, the RMS Racing driver would again pull away, leading Klaasmeyer across the finish line by just over a second, with McCarthy finishing third to give Toyota two of the top three finishers.

“We raced here at Wayne County in the winged car a couple of weeks ago and we took what we learned and applied it here tonight,” said a victorious Meseraull. “Hats off to my guys with the RMS team. We’ve been caught up in some incidents the last few times out, so I’m excited to be able park it up here.”

Just a short while later, the USAC feature would roll out at Wayne County Speedway with Toyota-powered drivers Cannon McIntosh and Windom starting from the front row.

Windom would take over the lead on the opening lap with McIntosh falling in behind him, followed by Kevin Thomas Jr. and Thorson as Toyotas occupied the top four positions.

It wasn’t long before the battle for the lead would heat up as McIntosh would throw sliders at Windom through one and two, briefly taking over the lead, only to see Windom cross back over heading down the backstretch. The two would trade the lead numerous times through the middle of the event, but each time Windom would lead coming to the flag stand. Eventually, Windom would take advantage of lapped traffic to pull out to more than a two-second lead by lap 22.

Behind them, Thorson had moved up to third on lap 10 and would eventually begin to reel in the leaders. He would pass McIntosh for second on lap 25 and then go under Windom for the lead on lap 30. But Windom wasn’t done yet, as he was able to pull up nose-to-tail as Thorson was slowed down by heavy traffic, only to see a yellow flag come out with four laps remaining.

That was all Thorson needed to pull back away on the restart as the low side of the track started to become slippery and at the wire, it was Thorson taking the win, followed by Windom, Thomas, McIntosh and Daison Pursley as Toyota drivers swept the top-five finishing positions.

“I’m really happy with what we did tonight in coming to a new team and winning,” said Thorson, who recently joined forces with the Tom Malloy/Trench Shoring team. “Big shout out to Ed Pink Engines. We’re getting better and better. It’s been a stressful time, but it’s all paying off.”

The USAC NOS Energy Drink National Midget Championship is back in action Saturday night at Tri-State Speedway in Haubstadt, Ind., while the POWRi Lucas Oil National Midget League will close out its 2020 campaign with its Season Championship Weekend in an Oklahoma triple-header, Oct 15-17. 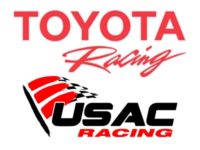 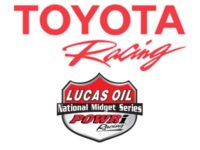