The IMSA Michelin Pilot Challenge (IMPC) driver will take on the Georgia course for the second time this season in the No. 77 L.A. Honda World Racing Honda Civic Type R TCR alongside teammate Ryan Eversley. 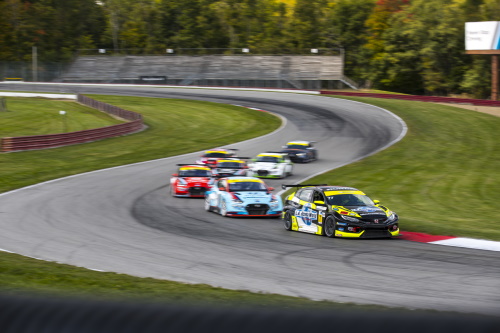 The previous IMPC double header race weekend at Mid-Ohio Sports Car Course was a turning point in Hagler’s race season. She raced to a second-place finish in Race 1 at Mid-Ohio and followed that up by outpacing the rest of the TCR field to score her first career pole position and becoming only the third female to score a pole in IMPC competition. Her Race 2 outing was even more promising as she and co-driver Eversley raced in the lead but had to take to pit lane with a turbo issue.

Bringing lessons learned with her to Road Atlanta, Hagler continues to focus on her goal – winning in IMPC competition. 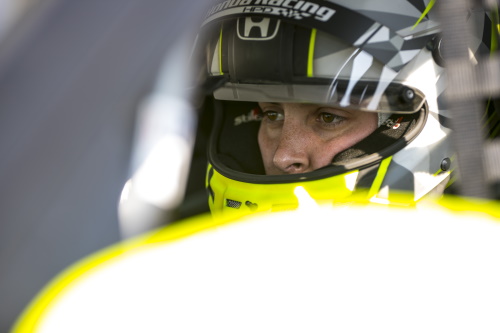 “Having such a good weekend was a boost not only for my own confidence, but for the team as well,” said Hagler. “We are heading back to Road Atlanta knowing we have the car, the strategy and the ability to win. I am ready mentally and physically to do what I need to do to hand the car over to Ryan (Eversley) for us to win this race.”

Michelin Raceway Road Atlanta is familiar for the Texas-native. The 12-turn course is where Hagler first tested the No. 77 Honda Civic Type R TCR last year. The previous round at Road Atlanta in September saw Hagler’s resilience come through as she scored a fourth-place finish despite having to overcome tire issues.

Not only has Hagler competed at the track before, but she’s also taken it on behind the wheel of the Acura NSX GT3 as part of the HPD GT3 Driver Academy in June. Learning from experienced Acura drivers, the on-track lessons have helped Hagler prepare for the Fox Factory 120. 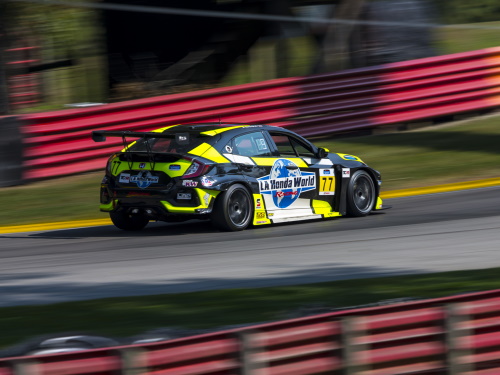 “I love racing at Road Atlanta – it’s a track I know very well and look forward to visiting,” said Hagler. “We narrowly missed the podium last time we were there, but we have another chance to get it this weekend. We learned a lot at our last outing at Road Atlanta and the No. 77 L.A. Honda World Racing Honda Civic Type R TCR will be a factor at the front of the field.”

Hagler will take the green flag in the No. 77 L.A. Honda World Racing Honda Civic Type R TCR for the Fox Factory 120 Friday, October 16th at 3:35PM ET. Live flag-to-flag coverage will be available on TrackPass on NBC Sports Gold.