MELVILLE, NY (October 14, 2020) – With three races left in the 2020 NHRA Camping World Drag Racing Series, NHRA Rookie of the Year top contender Justin Ashley will be racing to gain experience but also move up in the points. This weekend he makes his first trip with the Strutmasters.com Top Fuel dragster powered by MANSCAPED™ to the famed Texas Motorplex outside of Dallas, Texas, for the 35th annual AAA Texas NHRA FallNationals. With one win under his belt in 2020 Ashley would like nothing more than to start his two weeks in the Lone Star State with a win on the all-concrete race track. 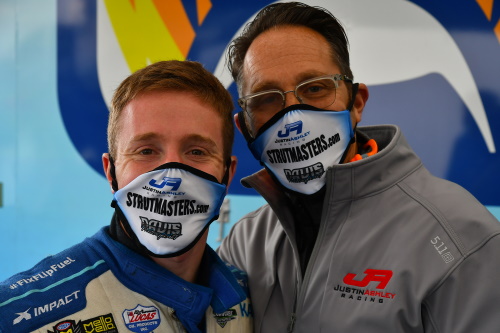 “I have never raced at the Texas Motorplex but you always hear about it being a great facility,” said Ashley. “My rookie year was only supposed to be a handful of races so to be able to race the full season has been amazing. I have to thank my sponsors for making this possible. Without each and every one of them, we wouldn’t be in position we are today.”

Two weeks ago Ashley and his rookie team faced their biggest challenge racing in brand new conditions and also with limited qualifying runs in St. Louis. Rain gave all the teams only one run in qualifying and then race day conditions were tough on all the teams. His team persevered and took the weekend as a learning experience.

“We are doing so well that I think people forget we are a rookie team working together for the first time,” said Ashley. “We are learning every race. St. Louis was a tough weekend but those are the weekends where you learn the most sometimes. I have so much confidence in my guys and my crew chief Aaron Brooks. I can’t wait to get to the FallNationals and get back on track.”

Ashley picked up his first career win at the postponed Summernationals contested in mid-July in Indianapolis. The win moved him solidly into the middle of the Top Fuel Top Ten. Since that race the Strutmasters.com dragster, which this weekend will begin a three race stretch promoting their Truck Air Ride Shocks, has flirted with a move up into the top four. The young driver currently sits in the No. 6 position, with a move up to fourth a very real possibility. For a rookie driver to handle this pressure is a testament to Ashley’s mental toughness and also the support he gets from his father and mentor Mike Ashley who has also won NHRA national events.

“I wouldn’t be out here without the support and encouragement from my dad. It was so special to have him at my first win. He has taught me a lot about how to be a better driver and the best person I can be. This job is very fun but it is also challenging. I talk with him all the time about everything that has to do with the team. I also get a lot of support from Davis Motorsports of course and Chip Lofton has been a huge part of this team. I am excited to have Truck Air Ride on my dragster for these last three races. The truth is we couldn’t do it without Chip and Strutmasters. His support and the support of our marketing partners like Auto Shocker, MANSCAPED, Kato, Lucas Oil, King Engine Bearings, Justice Brothers, Sanit, Guardlab, Hero Soap Company, Menards and Impact have been second to none,” added Ashley.

The Strutmasters.com Top Fuel team will be on track for both qualifying sessions on Saturday and will be looking to turn on four win lights on race day. 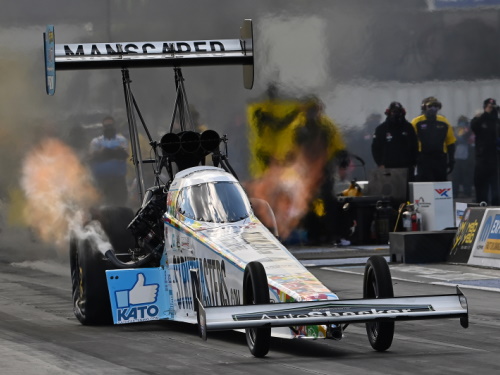