NWES 2020 SEASON
EuroNASCAR returns to Goodwood for the 2020 Speedweek!
The #18 M&M’s Toyota will take part in the
Shootout with Nick Padmore at the wheel 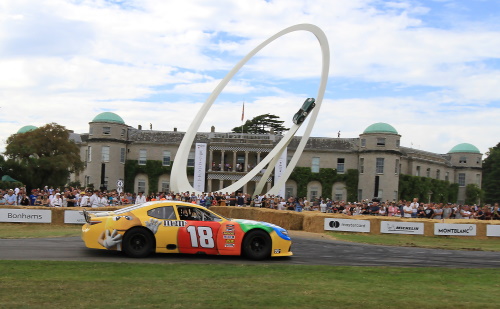 (October 15, 2020) – The most iconic cars and drivers from all over the world will return to the legendary Goodwood Estate for a one-time only special event – the Goodwood Speedweek – and the NASCAR Whelen Euro Series will once again be a highlight of the show! The #18 M&M’s EuroNASCAR Toyota Camry will take part in the Shootout competition with multiple FIA Masters Historic Formula One champion Nick Padmore behind the wheel.

The Goodwood Speedweek will combine the greatest elements of the Festival of Speed and Revival and use 3,8 km Goodwood Motor Circuit, marking the first time for a EuroNASCAR car around the historic british track. As in the traditional Hillclimb Shootout, each car will compete one timed lap around the track and the EuroNASCAR cars proved to be extremely competitive in the past ranking high among some of the most exotic cars in the world.

The SpeedWeek will be streamed free-of-charge on the Goodwood website through two live streams – a track stream for all the races and demonstrations, along with an entertainment stream. The broadcast will be available on speedweek.goodwood.com. 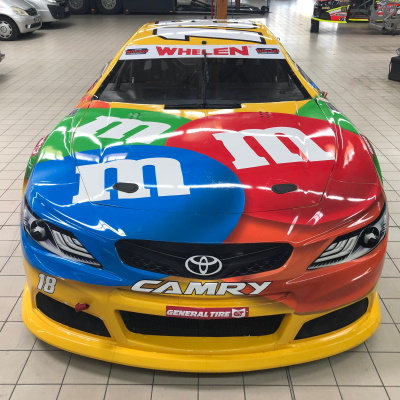 “We are really happy to be part of this great event once again and we want to thank the Duke of Richmond and Gordon for the invitation to the Goodwood Speedweek,” said NWES President CEO Jerome Galpin. “We are proud to carry the NASCAR, Mars and M&Ms brands on our #18 EuroNASCAR car and we are happy to welcome Nick Padmore aboard. This will be a unique event and I invite our EuroNASCAR fans from all over the world to watch live and enjoy the thunder of NASCAR around the Goodwood Motor Circuit.”

A three-time FIA Masters Historic Formula One champion and a profound connoisseur of Goodwood – the 43-year-old is the track’s record holder – Nick Padmore is looking forward to piloting a EuroNASCAR car for the first time. 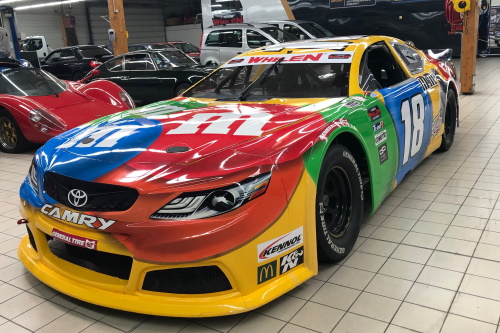 “I can’t wait! It’s going to be a wonderful new challenge and the NASCAR Whelen Euro Series is a very popular series, I hope one day I’ll get a race in the championship,” said Padmore. “Representing Mars and NASCAR at Goodwood is a dream come true for me, it’s going to be a pretty busy weekend. Driving around the circuit with the Shootout format will be new for everyone, the key at such a high-speed track will be to carry the speed through the corners. It will be all about momentum, the EuroNASCAR car has a lot of torque and grunt and I’m sure it’s going to be great fun!”

The #18 M&M’s Toyota Camry will hit the track for the first time on Friday for a practice session. Qualifying will be on Saturday, while a final practice session and the Shootout are scheduled for Sunday, with the latter starting at 16:05 CEST.