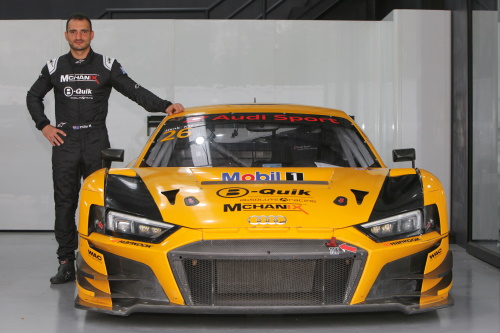 (October 16, 2020) – We’re very pleased to announce that Philip Massoud will be joining B-Quik Absolute Racing for Thailand Super Series (“TSS”) 2020, which will finally get underway at the end of the month. The highly rated Australian driver will partner up with Henk Kiks in the No 26 Audi R8 LMS GT3 Evo.

B-Quik Absolute Racing will enter two Audi R8 LMS GT3 Evos in Super Car GT3 as we aim to defend our clean sweep of the titles last year (Drivers’ Overall, Drivers’ AM & Teams’). Philip and Henk will provide a very well-rounded Bronze-Bronze driver lineup in the No 26 that will be well positioned to defend the Drivers’ AM title that Henk claimed last year. 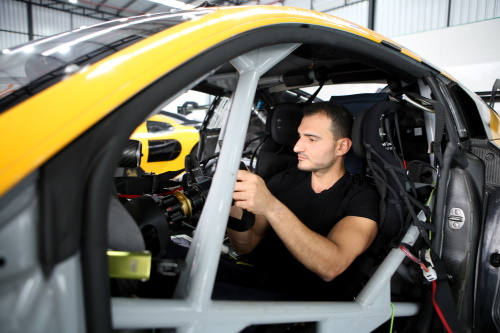 Philip will bring proven pace and talent to the No 26 Audi but it will be his first time driving a FIA GT3 category racecar so he will have to work quickly to get up to speed in the limited time that’s going to be available. However, he’s instantly slotted in to the team so we expect a very smooth and rewarding process. We have utmost confidence that Philip will be able to unlock the full potential of the Audi.

Although Philip’s racing career is relatively short, he’s already crammed in plenty of success. Philip started in Super Truck in 2015 where he drove for the Krating Daeng Team and immediately marked himself out as one to watch out for by claiming the class championship runner up spot at the first time of asking, before moving up one class the next year and again bagging the championship runner up spot. For 2018 he joined TA2 Asia Racing Championship and after a sensational season he romped to the inaugural title with six wins and two runners up finishes from the ten races including victory at the prestigious Bangsaen Grand Prix.

Now the team looks forward to the delayed opening round of TSS 2020 which takes place at Buriram’s Chang International Circuit on 30 October – 1 November, with two one-hour races on the Saturday and Sunday respectively. 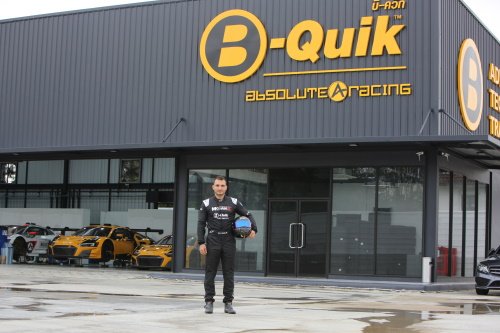 Philip Massoud: (No 26 B-Quik Absolute Racing Audi R8 LMS GT3 Evo): “I’m grateful for the opportunity to drive the Audi R8 LMS GT3 Evo with B-Quik Absolute Racing, driving a racecar with top team is more than can be asked for but it will be challenging. After two years not racing and never driving a GT3 car before means getting seat time will be imperative, so my goals for the weekend are to quickly adapt and improve my lap times. Being TA2 Asia’s first champion I do feel the pressure to perform plus there are a lot of talented drivers competing so it will be an exciting challenge. I’m grateful for the opportunity given to me by Henk Kiks and B-Quik Absolute Racing.”

Henk Kiks (No 26 B-Quik Absolute Racing Audi R8 LMS GT3 Evo): “I’m very pleased to be racing with Philip this year. We have known Philip for a long time, he’s certainly going to bring a lot of strengths to the team, we know he’s a fast driver and will adapt to driving the Audi and get up the pace quickly, so I think we should have a well-rounded driver line as we need to be fast out of the blocks and start totting up points. It’s going to be a different year, a short, sharp season, with a lot of changes in the team’s structure as we won’t have race engineers coming in from overseas, but we thrive on a challenge and we are raring to go, I really can’t wait to get onto the track.” 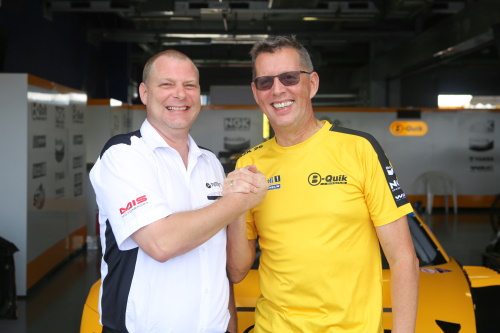