Pla returns to the team with a winning record, having raced to victory in the 2016 edition of the Motul Petit Le Mans alongside MSR pilots John Pew and Ozz Negri after the team captured the pole. The victory marked Meyer Shank Racing’s 150th Prototype start as well as the end of the Daytona Prototype era. The trio also earned a podium finish in the 2016 Sahlen’s Six Hours of Watkins Glen. 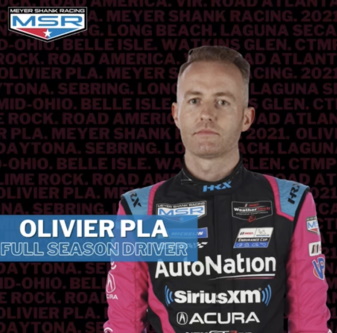 Pla has a storied career onboard several different types of racing machinery and has captured some of the highest titles in racing. Having raced 13 consecutive years in the iconic 24 Hours of Le Mans events, Pla has raced in several different categories – LMP1, LMP2 and LMGTE.

The 2013 edition of the twice around the clock event saw Pla race to his best 24 Hours of Le Mans finish, crossing the line second in the LMP2 class.

Adding to his lengthy European resume, Pla has seven years of World Endurance Championship (WEC) experience taking runner up in the LMP2 championship in both 2013 and 2014. In total he has captured 16 WEC podiums and 6 wins.

Stateside, Pla has also delivered in his IMSA outings. While 2021 will mark his first-ever full-season campaign in IMSA, he has won some of the biggest races in the championship including the 2016 Petit Le Mans and most recently the 2018 Sahlen’s Six Hours of Watkins Glen. Additionally he has scored another IMSA victory at Canadian Tire Motorsport Park in 2014. 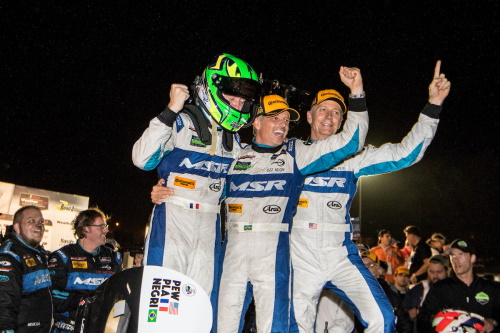 Taking on full-season driving duties, Pla will be joining AJ Allmendinger who was recently announced as MSR’s Rolex 24 driver.

“It’s a special weekend to be able to announce that I will be back racing with Meyer Shank Racing next year with the Acura ARX-05,” said Pla. “I still remember the four races that I did with MSR back in 2016 like it was yesterday, especially our win at Petit – we had such good performance. Since that moment I always wished to have the opportunity to drive for Mike (Shank) again and today is the day we can finally announce that. It will be a very exciting time for MSR and I’m ready for the challenge. Next year can’t come soon enough and I’m ready to get things started.”

Having kept tabs on the fast French driver since well before he raced for MSR, team co-owner Mike Shank is confident that Pla can help the team once again fight for overall wins in 2021.

“I’m really excited to have Olivier back onboard with us for the full 2021 season,” said Shank. “He really impressed me in 2016 and performed above and beyond my expectations. We’ve stayed in touch and he’s continued to deliver results both in Europe and in the US since he raced with us in 2016. He’s always someone that I’ve had my eye on and I’m glad that he will be rejoining us for 2021.” 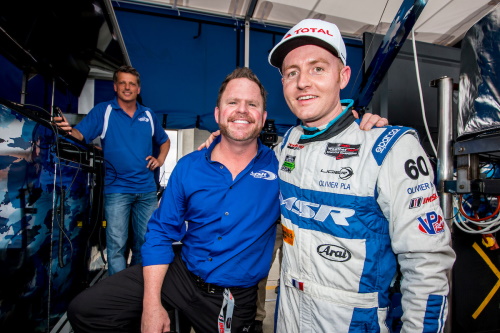 While preparations continue ahead of the team’s return to the top Prototype class in 2021, MSR has some shorter team goals in focus as well. The team has its eyes set on scoring a second IMSA GTD championship as the No. 86 MSR Acura NSX GT3 of Mario Farnbacher and Matt McMurry currently lead the Team and Driver Championships heading into the Motul Petit Le Mans on Saturday.

Additional driver announcements for 2021 will be made in the coming weeks.