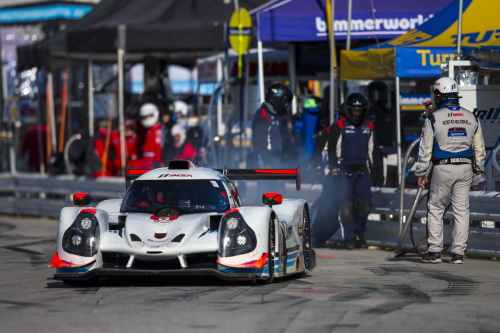 The three-hour season finale race marked the second endurance event of the season. Starting from 12th, Greg Palmer took the opening stint as the Jr III Racing team faced the warmest conditions of the weekend.

The elder Palmer settled into race pace in 13th as the field of LMP3 machines quickly clocked lap after lap. Greg Palmer moved up three spots to move into the top ten during the opening thirty-minutes, which featured two restarts.

Pushing the No. 3 Copps Industries machine deeper into the stint, Palmer executed a smooth over-under pass on the inside of Turn Five to move into fifth on Lap 30. Palmer continued gaining speed each lap reaching as high as fourth before a spin in Turn Three dropped him down the order. Escaping without any damage, Greg Palmer brought the Ligier down pit lane to hand the controls over to his son Eric on Lap 35 with two-hours remaining.

Exiting pit lane with fresh tires and a full tank of fuel, Eric Palmer got into a rhythm around the Georgia course as he ran 10th. The younger Palmer optimized the open track in front of him to cut seconds off his lap time with each circuit. On Lap 61, Palmer set the team’s fastest lap of the weekend with a quick time of 1:20.219-seconds, nearly a half second faster than had been achieved in Thursday’s practice sessions. 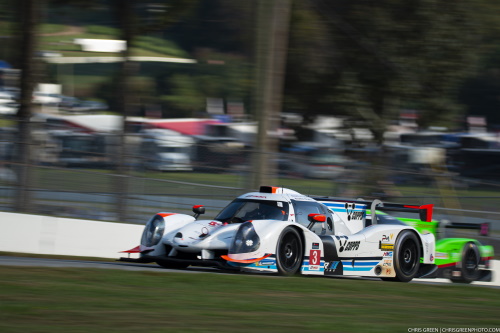 With 40-minutes remaining on Lap 95, Greg Palmer got back into the driver’s seat of the No. 3 Copps Industries Ligier. Palmer raced door-to-door with a pack of four LMP3 competitors for two laps. Coming to the final ten-minutes of the three-hour race, Palmer unfortunately spun in the high-speed Turn One, sending him off track. Trying to restart the car, the clutch failed leaving the No. 3 stuck on track which ended Jr III Racing’s day just under ten minutes shy of the checkered flag.

“The car was great up until the last six laps of my stint,” said Eric Palmer. “I ran the fastest laps I have ever run here at Road Atlanta which is fulfilling, knowing I have gotten faster since the season began. Next year, we will be better. My dad (Greg) and I now have experience on each track on the schedule. The competition in IPC is tough. Even the amateurs are incredibly quick which makes it even more important that we are up to speed when we roll off the truck. I am already looking forward to getting back on-track with Jr III Racing.”

“There was only 10-minutes left and I had the checkered flag in sight but unfortunately our day ended early with just a few minutes left,” said Greg Palmer. “This series is filled with strong and talented competitors. Driving in this group is tough, but makes us better drivers. I felt great during my stints in the car. I kept the car clean while maintaining my position. A ninth or tenth place finish would have been a good day for us but a DNF is not the way I wanted to end this season. Eric and I are motivated to get back in the car and improve on our rookie year.” 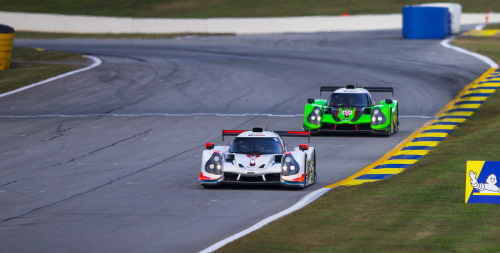 “We had a good first season in IMSA Prototype Challenge,” said Team Owner Billy Glavin. “Not being able to take the checkered flag is not the way we wanted to end our season but we pushed as hard as we could until the end. The team learned a lot about the level of competition in this series and we will take that with us as we continue running in IMSA. Next year we will come back in the new Ligier and stronger than ever.”

Jr III Racing will return to IMSA Prototype Challenge in 2021 ushering in the new generation of LMP3 technology with the Ligier JS P320. Greg and Eric Palmer will be back behind the wheel of the No. 3 Copps Industries Ligier and will have a chance to test the new machine at Daytona International Speedway November 10th-11th.

Jr III Racing’s race season continues as they return to their vintage roots for the Classic 24 Hours at Daytona International Speedway November 4-8th.