DINWIDDIE, Va. (October 20, 2020) – A 2020 season shortened and shifted by the COVID-19 public health crisis will conclude this weekend as the Professional Drag Racers Association (PDRA) will crown its world champions at the Proline Racing Brian Olson Memorial World Finals, Oct. 22-25 at Virginia Motorsports Park. It’s the series’ sixth race in a season that was originally set to include eight events.

“There’s nothing like closing out the season with our biggest race of the year,” said Tyler Crossnoe, race director, PDRA. “In terms of car count and excitement, this race is always huge. We’re going to crown our 2020 world champions, hopefully set some new records and see some incredible racing.” 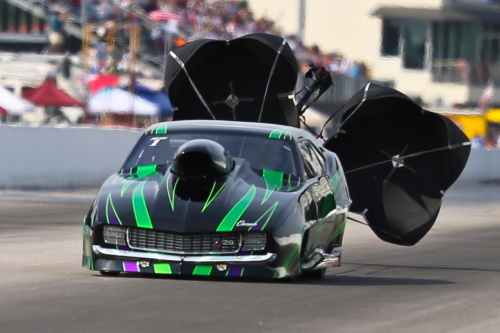 Just one round of competition separates points leader Tommy Franklin and defending world champion Jim Halsey in Switzer Dynamics Pro Nitrous. Franklin, a two-time world champion, drove his “Jungle Rat” ’69 Camaro to three wins in four final rounds, while Halsey recently won his first race of the season in his fourth final round. 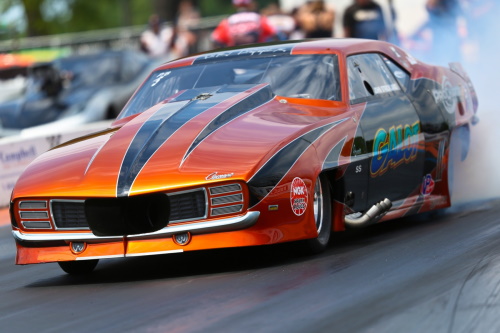 In Penske/PRS Pro Boost presented by WS Construction, perennial championship contender John Strickland in the ProCharger-boosted GALOT Motorsports ’69 Camaro is leading Jason Harris by less than one round after a win and a runner-up finish at the first two races of the year. Harris, a two-time Pro Nitrous world champion, is still chasing his first Pro Boost win with two runner-up finishes in the class. Defending world champion Kevin Rivenbark sits behind Harris by just several points, with first-time winners Johnny Camp and Kurt Steding also mathematically eligible. 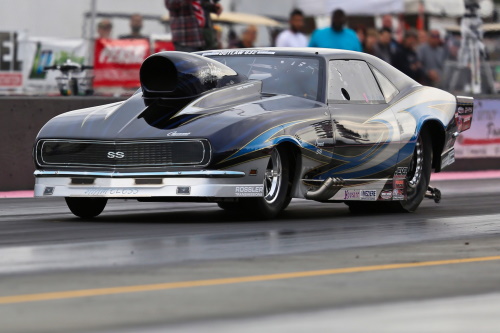 Consistent finalist Wes Distefano went to the final round in $hameless Racing Pro Outlaw 632 at all five races so far, winning DragWars at GALOT earlier this month to extend his lead over Dillon Voss by just over three rounds. Voss, a two-time world champion, is being chased by Black Flag Motor Sports drivers Walter Lannigan Jr. and Chris Holdorf.

Steve Furr appeared to have the Lucas Oil Elite Top Dragster class locked down after three consecutive wins to start the season, but his lead has slipped to just under two rounds over 2018 world champion Chaz Silance. Silance was runner-up to Furr at the season opener, then added a win and semifinal finish at the last two races to move in on Furr.

Incredibly, 17 drivers in MagnaFuel Top Sportsman remain in contention for the championship. Mark Payne is the points leader going into the World Finals, with Stacy Hall, Mike Butler, Glenn Teets III and Thomas Brown making up the rest of the top five.

It’s the Kaylee Love and Nyck Shirkey show in Coolshirt Pro Jr. Dragster, where Love leads by just 9 points. Love slipped up in the first round at the last race, where Shirkey got his first win of the season. Love and Shirkey are the only drivers left in contention.

Drag 965 Pro Street, PDRA’s new small-tire class, will rejoin the series for its third race of the season. The World Finals will also include an eight-car Pro Mod shootout featuring the Outlaw Diesel Super Series, as well as an eight-car No-Time Big-Tire Shootout.

As a special exhibition to heat up the World Finals, Larsen Motorsports will bring its pair of jet dragsters to make passes on Saturday. Drivers Elaine Larsen and Dewayne Hill will run after the first pro session Saturday afternoon and at the conclusion of qualifying around 7 p.m.

Spectator tickets for the Proline Racing Brian Olson Memorial World Finals are available for $15 for Thursday testing and $20 for Friday, Saturday or Sunday. Kids 12 and under get in free with a paid adult ticket. Tickets are available at www.PDRA660.com.

The Proline Racing Brian Olson Memorial World Finals will kick off with prerace testing from 10 a.m. to 7 p.m. on Thursday. Qualifying will begin Friday at 10 a.m., with pro sessions at 12:30 and 5 p.m. Saturday’s qualifying will also start at 10 a.m. and include pro sessions at 12:30 and 5 p.m., while Edelbrock Bracket Bash, the Jr. Dragster classes and Top Sportsman 48 and Top Dragster 48 will run first round of eliminations at 2:30 p.m. Those classes will continue eliminations Sunday at 10:15 a.m., followed by pro eliminations at 11:15 a.m. The race will conclude Sunday evening.