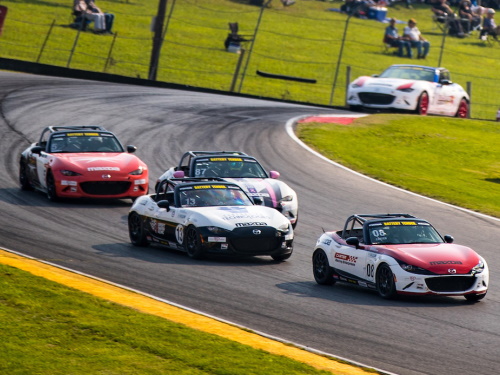 ST. PETERSBURG, Fla. (October 20, 2020) – The 2020 Global Mazda MX-5 Cup presented by BFGoodrich® Tires season is poised to close in dramatic fashion with a championship-deciding doubleheader this weekend. With only two races left, Michael Carter (No. 08 Carter Racing Enterprises) leads Robert Noaker (No. 13 Robert Noaker Racing/Slipstream Performance) by just seven points and the face off will take place on a track neither have raced at before.

Racing at a new circuit will require all drivers to be on top of their game; they will have only two 40-minute practice sessions at St. Pete, as opposed to the full day of testing that was available at New Jersey Motorsports Park (NJMP). Adding to the challenge are the concrete walls that line the circuit, raising the stakes if errors come in to play. 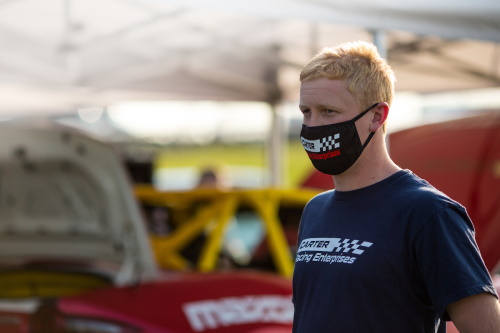 Championship leader Carter chooses to focus on what needs to be done to secure the title; he’ll be racing hard and having fun.

“I am feeling good about the position we are in coming into St. Pete,” said Carter, who won Rookie of the Year honors in 2019. “We are approaching this race weekend the same way we have approached the entire season. We are just going to focus and keep our heads down and the rest will take care of itself.

“I don’t think it is necessarily a good or bad thing that the last race of the season is on a street course that very few of us have had the opportunity to race on. It seems like a fun place and I’m looking forward to getting on track this Friday.” 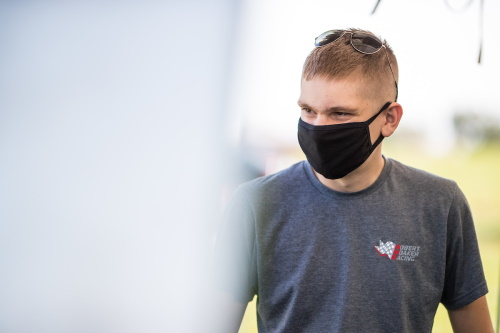 Nobody could have foreseen that in race two at NJMP, Noaker would miss the pre-grid because of mechanical issues and be forced to start from pit lane. He managed to race up to seventh at the checkered flag, but this allowed Carter to extend his lead in the Championship from two to seven points.

“We changed 17 different parts out in an attempt to fix our fuel issue, we certainly don’t need another penalty like Jersey,” said Noaker. “I feel good about the car, now we just need to race.”

Like Carter, Noaker has never raced on a street course before, but he doesn’t plan to approach this finale weekend different from any other MX-5 Cup doubleheader.

“I haven’t had the chance to race on a street circuit before, but I have raced at short concrete walled tracks in the past,” said the youngest-ever driver to win an INDYCAR-sanctioned event. “It will be interesting to see how everything unfolds with very few having experience at a street circuit. The points being so close is exciting for sure, consistency I believe will finish this championship out.” 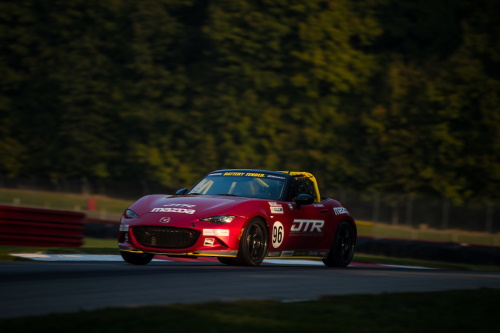 Fresh off of his first career MX-5 Cup win, Jared Thomas (No. 96 Thomas Racing Enterprises) only needs to start both races to claim Rookie of the Year honors and the $75,000 support package on offer from Mazda Motorsports. That kind of security may just enable him to take the kind of risks needed to win his second or even third race of the year.

Following the conclusion of the season on Saturday afternoon, the series will host a brief awards ceremony at the Mahaffey Theater next to the track.

Live timing and camera feeds of Rounds 11 and 12 of the Global Mazda MX-5 Cup will be available at https://www.mx-5cup.com/results/live-timing