Note: On Saturday, just prior to the first nitro qualifying session, Beckman will join Infinite Hero Foundation representatives on the starting line to present an iBot, a personal mobility device, to Richard Carson, Army Combat Medic (retired). The iBOT donation is made possible thanks to the incredible generosity of DSR sponsor Doug Chandler and the TLC Foundation, the Parasol Foundation, and the incredible fans who give so generously to support the Infinite Hero Foundation. 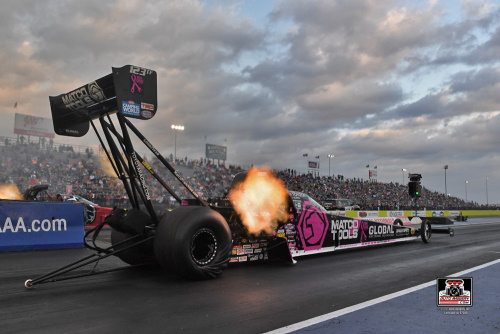 Quotable:
“Looking forward to getting back to Houston and into Pennzoil country. We got beat up a little bit these past couple of races and we just want to go to work and show what we’re made of. We’re hoping Houston can be our breakout race. Our goal is to qualify well and we’ll take it from there. I’ve got full faith, full belief in my team. The only way you can beat resistance is with persistence and we’re just steady at work with it and ready to go out there and show out for all of our Matco distributors and our supporters at Global Electronic Technology. We’re ready to go.” 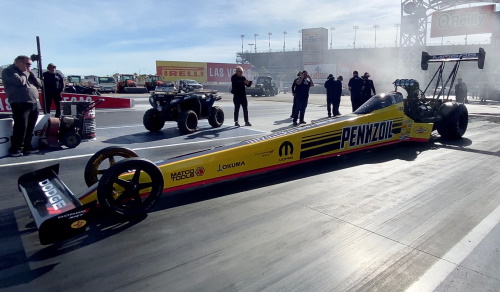 Quotable:
“Houston! Home of our Pennzoil proving grounds. Very much looking forward to proving our way up into the points. Incredible to think the season is ending as we are getting back in the travel and racing groove. Looking forward to our Baytown Pennzoil hometown crowd. We have had a good amount of success here, and the fans remember that, and we will undoubtedly be feeling that vibe. Our championship pursuit is hotter than ever, with lessons learned in Dallas that will only make us stronger for this event.” 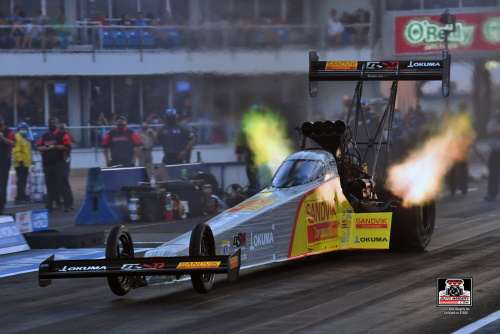 Quotable:
“It was so exciting to race in Texas last week when we were in Dallas, and I’m grateful that we get to go to Houston this year as well. Two back-to-back races in my home state definitely gets me pumped up. I’m on my third car in five races, and it performed very well in Dallas, so I look forward to continuing with that same car this weekend. The group of guys we have are really coming together and working as a team, and there’s no reason why our Okuma/Sandvik Coromant team shouldn’t be successful these last two races. This championship chase is coming down to the wire, and even though I can’t win a championship this year, it’s a lot of fun as a driver to be able to participate and play a role in the outcome.” 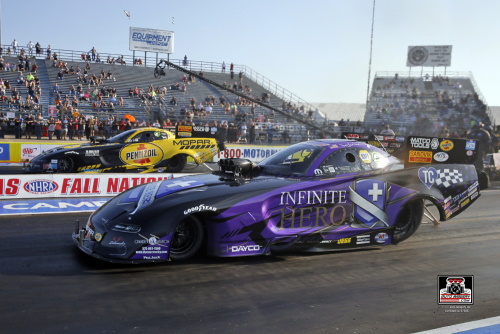 Quotable:
“How could any driver not want to hop right back into the car I got out of after winning Dallas? Our crew is just absolutely beyond-words-fantastic, and our race day wasn’t without its challenges. We had an issue with the clutch pressure and we hadn’t completely tracked it down, and we just tuned around it. We had a hiccup warming-up for the final round and we thought we may have backfired or hurt the engine, and then the car goes up there and runs exactly what it’s supposed to, and as a driver, that gives you so much confidence. I had been to Dallas 16 times to get one nitro win, and that track was one that I considered to be a ‘must win.’ I’ve just crossed that one off the list, and I haven’t won Houston yet so I’ve got my Sharpie ready to cross that one off the bucket list too.” 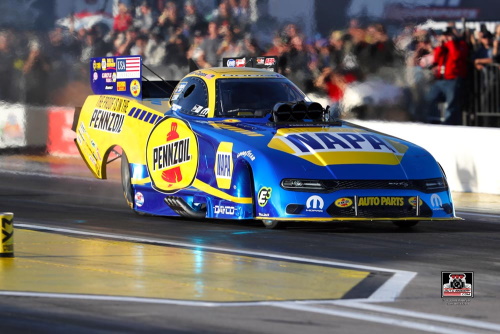 Quotable:
“Here we are heading to the Spring Nationals. Who would’ve thought it would’ve been in the month of October, but we’re so grateful we get to go race this event in south Texas. The fan base in that part of the country is so strong, and we’re happy we get to put on a show for them. Unfortunately, we thought we had a race-winning car last weekend in Dallas, but we lost in the semis to one of our teammates. The car fell off-pace a little bit from how we ran earlier that day, but the great thing is, (crew chief) Rahn Tobler and the NAPA guys can pinpoint exactly why it fell off. It wasn’t much, but it was enough that we didn’t get the win which would’ve put us in the final round. We’ve got two races left, and we’ll try and go win both of them and see where the points lay but looking forward to getting back down to Houston.” 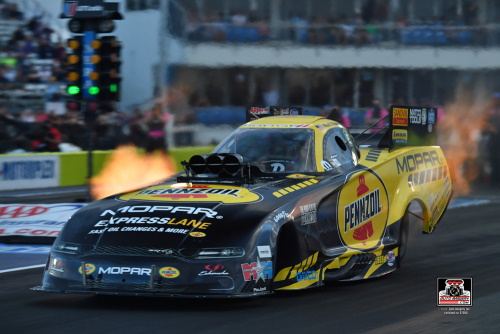 Quotable:
“The excitement when you’re racing at your sponsor’s event is huge. There’s always pressure at any race, but when it’s your sponsor’s race you have extra motivation to win it. The conditions at Houston will likely be similar to what we had in Gainesville, and we ran really well there, so we feel confident that we have a great opportunity to win at our sponsor’s event.

“Being able to battle it out for a championship is something I’m very prepared to do. I think there’s only been one time in my entire career that I wasn’t in the hunt. It always comes down to the wire and you never know what’s going to happen, but that’s what makes it so exciting. Every race is very important, and every run counts. We’re going to go out there, do what we do, and that’s turn on win lights for Mopar and Pennzoil.” 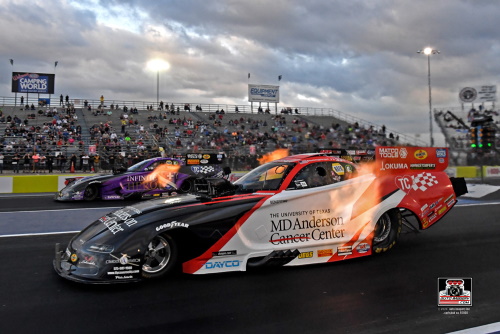 Quotable:
“If we have any shot at being in championship contention heading into the last race of the season in Vegas, then Houston is a must-win for our team. We didn’t have the weekend we were looking for in Dallas, so come Houston we will be pulling out all of the stops trying to put together a great weekend and a win to keep ourselves in it. It’s also going to be such a special weekend for us because it’s the hometown of MD Anderson and we would love nothing more than to win in their backyard. It’s a big weekend for us and we’re looking forward to it. We’ve got a great car, we’ve been running really well, we just need to put together four good runs on Sunday and I think we have a car that can win the race.” 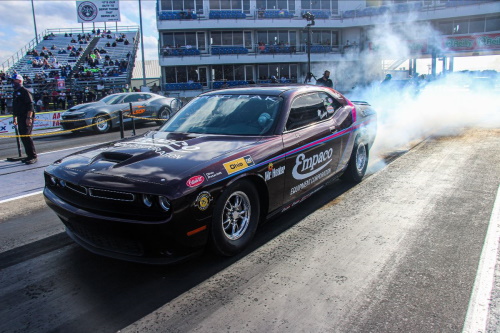 Noteworthy:
Leads the DSR Drag Pak Factory Stock Showdown duo in the championship rankings, sitting solidly in the No. 2 spot.
Pawuk’s No. 1 qualifier from the unfinished St. Louis race will carry over into Houston to start the weekend

Quotable:
“We’re going to our second of this string of back-to-back-to-back races coming off of a decent outing in Dallas. Our Empaco Equipment/Ohio CAT/Mr. Heater Dodge Drag Pak went to the semifinals. If the driver was a little sharper on race day, it would’ve given us a chance to get to a final, but it wasn’t meant to be. I’m looking forward to getting to Houston. Right now, we’re qualified No. 1. They’re carrying the qualifying over from St. Louis, and I’ve had some pretty good success over the years at Houston. In 1990, I set the national record in Pro Stock with a 7.220 E.T. and in 1992, I won my first national event in NHRA Pro Stock competition beating Rickie Smith in the final, so hopefully some of that good mojo will return with the team this coming weekend. I’ve been very pleased with the performance of our Dodge Drag Pak, and hopefully it’ll carry over into these last two races and we will finish strong. Can’t wait to see everyone in Houston. Come on by the Dodge Drag Pak pits and say ‘hi’ to the Cowboy.” 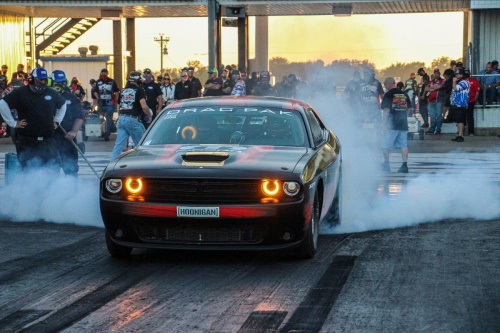 Quotable:
“Unique to this race is that we will be continuing the unfinished St. Louis Factory Stock Showdown business, where our one qualifying round holds. That is important because the conditions look to be vastly different than when we ran. So, taking that run as our qualifier while negotiating these warmer conditions for our final session before eliminations definitely sets a different tone on the race, and one that we are looking forward to.”

ABOUT DON SCHUMACHER RACING
Established in 1998 as a single-car Top Fuel team, Don Schumacher Racing (DSR) has grown to become the winningest organization in NHRA Drag Racing history. Including team owner Don Schumacher’s five NHRA Funny Car titles from the 1970s, DSR’s current win count stands at 354, and DSR is one of a very small handful of teams in the motorsports industry to surpass the 350 milestone. DSR owns 17 world championships in three different NHRA categories.