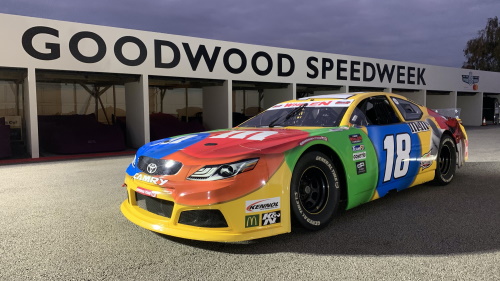 (October 21, 2020) –  Goodwood couldn’t welcome fans in 2020, but the one-time SpeedWeek format delivered a fantastic show to those watching from home all around the world. The NASCAR Whelen Euro Series was among the highlights of the Goodwood event thanks to the #18 Toyota Camry sponsored by M&M’s and piloted by British ace Nick Padmore.

Having taken part in the hillclimb Shootout in its first three appearances at Goodwood, in 2020 the NASCAR Whelen Euro Series car ran for the first time on the iconic 3,8 Km road course located in the Goodwood Estate in Southern England.

In his final run around the Goodwood Motor Circuit, Padmore shaved one second off his qualifying time, closing his lap in 1:29.493 and showcasing the dynamic and unique character of the EuroNASCAR cars. The eclectic driver from Newdigate definitely enjoyed the experience.

“I want to thank M&M’s and EuroNASCAR for the wonderful opportunity. When I first was invited to drive the car I really didn’t know what to expect, then I discovered it was an M&M’s car and I met the team and drove the car and I loved it!” said the 43-year-old, who then went on to win the Shootout on a Formula 1 car. “The problem is that now I want to do more, so I’ll have to speak with M&M’s to ask if we can join a NASCAR Whelen Euro Series race someday. In the final run I changed a bit the gears I used around the track and I found more time and it was just great. It’s one of those things that you have a first try and then you want more. I’m really looking forward to the next chance to drive the car.”

The NASCAR Whelen Euro Series will return to action on November 14-15 with the third event of the season at Autodrom Most. The NASCAR GP Czech Republic will be streamed live on the EuroNASCAR social media profiles. 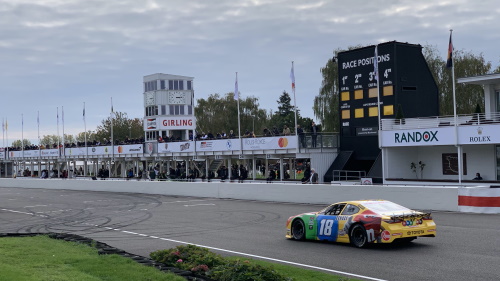 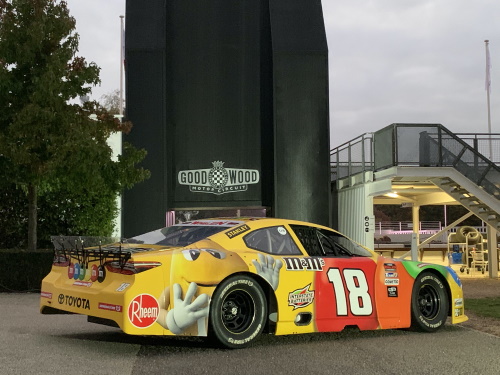