Pataskala, Ohio (October 24, 2020) – Qualifying for the final time this season, Jack Harvey put the No. 60 AutoNation / SiriusXM Honda on the inside of the third row in fifth for the Firestone Grand Prix of St. Petersburg on Sunday (2:30pm ET, NBC).

Returning to the site of what was originally scheduled to be the the NTT INDYCAR Series season opener, Meyer Shank Racing’s Harvey was looking to continue his upward trajectory from his first outing at the 1.8-mile street circuit in 2018. 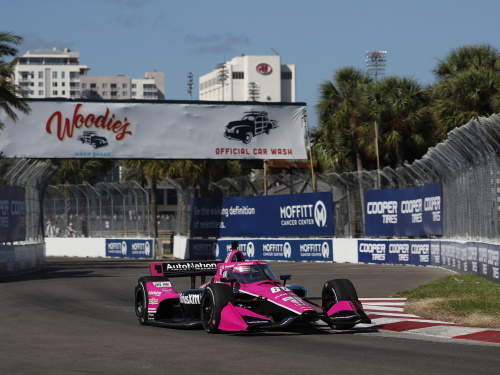 The St. Pete race weekend is a a quick two-day shootout with just one 90 minute practice session before qualifying on Saturday afternoon.

Quick right out of the gate, Harvey ran to P1 in practice and showed considerable pace that kept him comfortably within the top ten. A red flag in the last five minutes of practice prevented Harvey from posting a fast lap on Firestone alternate tires, but the team was hopeful with the starting pace of the No. 60 AutoNation / SiriusXM Honda.

With IndyCar implementing the “elimination” style of qualifying for the second time this season, Harvey was aiming to fight through each round as he did during the GMR Grand Prix earlier this year which saw him qualify on outside pole. 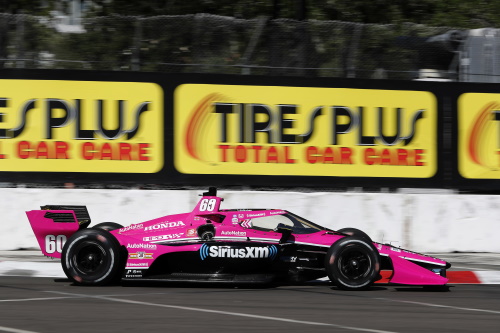 Harvey delivered the second fastest time in the first qualifying session to move into the Fast 12. Following a delay for timing and scoring issues, Harvey once again brought pace to the second round, earning a ticket to the Firestone Fast Six for the eighth time in his young career.

Harvey drove to a fifth place grid position after posting a last lap flyer of 1:01.367-seconds. Harvey has now qualified in the top five on every type of track that IndyCar has run on in 2020.

“We had a pretty good qualifying car and our pace at the end there was still pretty decent,” said Harvey. “There’s no reason we shouldn’t have a great race. We’ve been in the top five now in every disciplined of track – road courses, ovals, street circuit. Now, it’s just a nice day to show myself, the team and the rest of the paddock that we can do it on all types of tracks. It was a good day.”

With street circuits topping Harvey’s list of favorite style of race track, he was eager to close out the season on the Streets of St. Petersburg on Sunday. 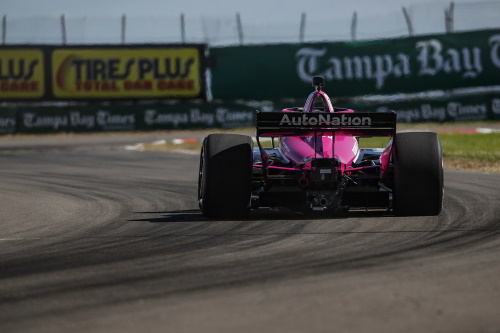 “I think the relief of coming back to St. Pete is the biggest thing this weekend,” continued Harvey. “I know that COVID hasn’t gone away but it kind of feels like it’s come full circle in some ways because we left St. Pete in March having no idea what the future looked like and we still don’t know exactly what it will look like apart from that we can tackle it.”

The Firestone Grand Prix of St. Petersburg is set for a green flag start on Sunday at 2:30pm ET with live broadcast coverage on NBC. IndyCar Radio coverage will also be available on SiriusXM Ch. 205.