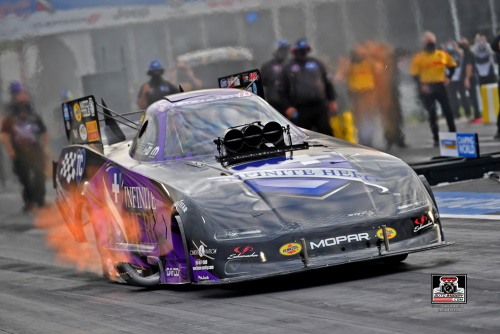 Beckman clinched the No. 1 spot when he drove the Infinite Hero Foundation Dodge Charger SRT Hellcat to a blistering 3.884 at 328.14-mph pass during Saturday’s second and final qualifying session at Houston Raceway Park. The 2012 Funny Car world champ and his Dean Antonelli/John Medlen-led team were the only ones to dip into the ‘sub-3.9-second’ range throughout Funny Car qualifying.

Beckman, who is currently locked-into a fierce four-way intramural battle for the 2020 Funny Car title, entered the weekend with only a four-point deficit separating him from his No. 1 ranked teammate, Matt Hagan. Hagan extended his lead by three points when he powered his Pennzoil Dodge to the provisional No. 1 spot in Q1, but Beckman was able to tighten the margin back up when he rocketed to the top of the Funny Car field during Q2. In addition to jockeying for the No. 1 and 2 qualifying positions, Beckman and Hagan have also been swapping the No. 1 and 2 spots in the point standings for the past five events, and by earning the Baytown pole, Beckman ensured the drama will continue to heat-up heading into race day. For his strong qualifying efforts, Beckman has been “rewarded” with a challenging match-up with DSR Dodge teammate Ron Capps in round one of eliminations. DSR cars are always a tough draw, but add in the fact that every Funny Car victory over the last 12 events has been captured by a DSR Dodge driver, with Capps claiming two so far in 2020, and Beckman knows he and his team will have their work cut out for them as they attempt to pick up their fourth win of the year on Sunday.

“If we beat four people tomorrow, they’ll hand us another trophy. I didn’t ever think, with 17 cars here, that (Ron) Capps would be the No. 16 qualifier but, I’m happy,” explained Beckman, who became DSR’s top trophy-earner of the season when he ousted Hagan in the final round last week. “We know we are going to have to earn this championship. I’d rather take it from the No. 1 spot because Matt (Hagan) had a four-point lead coming in. He stretched that out Q1 and now we tightened that back up a little bit.”

With his sights set on picking up his first Houston triumph on Sunday, Beckman knows that not only will a win put him one step closer of achieving his ultimate goal of delivering the 2020 Funny Car championship trophy to team sponsor Doug Chandler, but it will also extend DSR’s undefeated Funny Car streak to 13 consecutive events, an accomplishment that dates back to October 2019 when Hagan kicked it off in Dallas.

“The streak of the Don Schumacher Racing cars is awesome, but it’s also ulcer-inducing because it’s always one of our cars next to us when we go to the late rounds, or in tomorrow’s case, round one,” added Beckman. “Four win lights tomorrow is what we need.”

The Competition: No. 16 Ron Capps 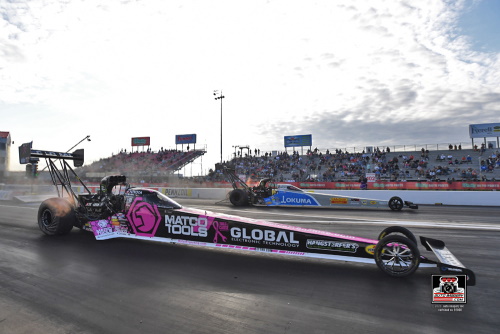 The Competition: No. 13 Scott Palmer

Quotable:
“We’re ready for race day, and we’re getting ready for battle. The track here in Houston is still going to be really good, especially at 10 a.m. in the morning even though it’s going to be warmer tomorrow on race day. We have to come out and run what we know how to. We’re getting better and better on every lap. Are we where we want to be? Absolutely not. We’re working on getting the car better early in the run and I know (co-crew chiefs) Brian (Corradi) and Mark (Oswald) and these Matco boys are gonna keep working. We’re right there. We have to get over that stubborn hump and hopefully tomorrow we can do that. We’re gonna keep pressing. The track will get warmer and we have to be smart about it.” 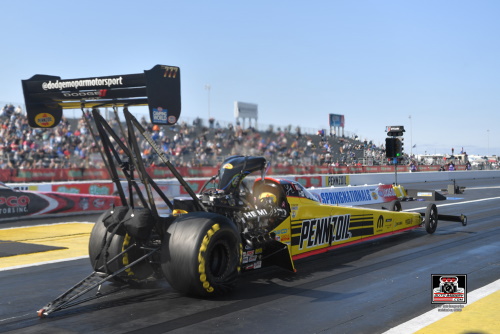 The Competition: No. 11 Lee Callaway

Quotable:
“I love living the truth and showing that the ‘Proof is in the Pennzoil,’ and coming to the Pennzoil proving grounds and displaying the most intense, fastest-accelerating vehicles in the world. We finished qualifying strong with a good Q2 lap. We had some software issues and driver issues on Q1. It’s always good when the car and team are ‘on’ together, and if they’re ever going to be off, it helps when they’re off together. We moved on and were first out in Q2 and laid down a very solid number at 3.76 to put us solidly in the field. We like what the outlook looks like for Sunday. But, it is one run at a time and it’s so cool to see all the Shell employees that are here and it’s great for us to get to show off a great product. We feel good about eliminations. We felt like our momentum in Dallas got halted a little, but we were able to find and resolve the issue and that’s the key for this weekend and we’re very excited for our potential success.” 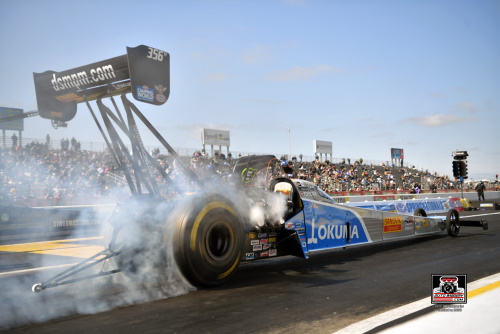 The Competition: No. 15 Cameron Ferre

Quotable:
“It was a great day of qualifying with two good laps. The season is winding down, we only have tomorrow and one more race next weekend. I want to drive my best, I want the team to perform at its best, and we want to show everyone what we’re good at and capable of, and that’s winning drag races. We’re in Texas and our friends and family are here. The crowd is outstanding and they gave us a great race track and we’re looking forward to Sunday.” 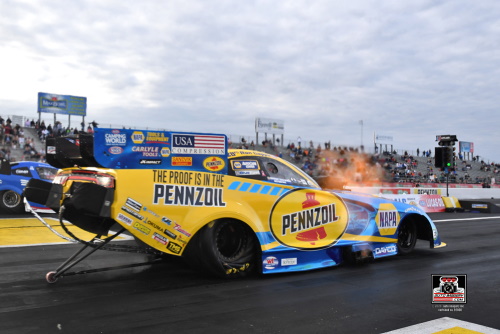 The Competition: No. 1 Jack Beckman

Quotable:
“I wasn’t aware that we were 16th until (NHRA on FOX reporter) Amanda Busick told me at the end of the track. You know, it’s so difficult with just two qualifying runs. We need to try some things with some new parts we had built at our DSR shop and there’s really no time to do that on Sunday, so we have to try to implement those when we can during qualifying. I’m always confident we can win from any position. Unfortunately, we have to race a teammate first round in Jack Beckman. At this point, teammates don’t matter on Sunday morning as everybody is still fighting for a championship. I never would want to run our Pennzoil/NAPA car in the first place. Tonight, (crew chief) Rahn Tobler is going to work on getting the car back to what he’s comfortable with, and we’ll go up there and run the best E.T. we think we can run down that lane and if they beat us, they beat us. Hopefully we’ll turn the win light on and try to do that a few more times on Sunday and try to get a win.” 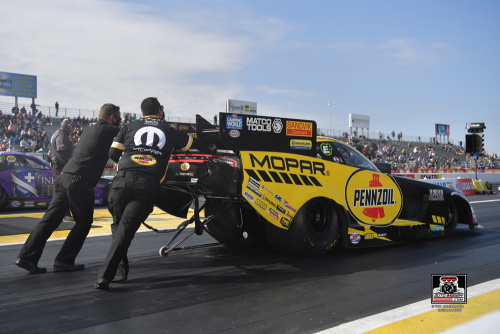 The Competition: No. 15 Dave Richards

Quotable:
“We’re going to race our race tomorrow. It will be what it will be, and the cards will fall the way they fall. We were still pressing to go out and run good in Q2. I think the left lane is a little worse than the right (lane), and you want to have lane choice tomorrow. I’ll try to be shallow and it seems like a lot of reaction times are off during qualifying and mine seem okay, so I’ll try to continue that tomorrow and keep lane choice and try to have a long day. We’re here in Pennzoil country, and we want to sell Pennzoil oil and Shell gas and do well for those who support us.” 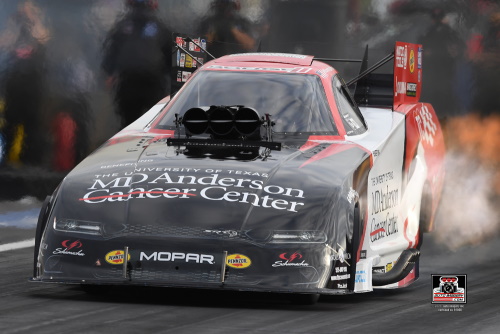 The Competition: No. 11 Jim Campbell

Quotable:
“We’d like a bit more out of these qualifying runs, especially that second lap, but at the same time, we have a good, solid, consistent car. It’s been very consistent making full runs in both lanes. Rarely do we see a track where lane choice may be critical, but I think tomorrow, when it’s going to be warmer, it might be critical. There’s definitely a favorite lane here. We have to keep the performance up, keep lane choice, put up four consistent runs and go to the winner’s circle to stay in this championship hunt.” 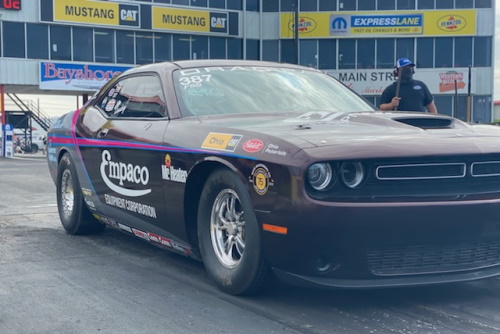 The Competition: No. 13 Lindsey Wheelock

Quotable:
“There’s been a bunch of cars running in the low to mid (7.)80s this weekend. We lost the No. 1 spot from St. Louis by three thou(sandth of-a-second), but we ended up No. 2. Not too bad going into tomorrow. We need to keep going rounds and stay No. 2 in the points. If the driver does his job and the car stays consistent, anything can happen. I set the Pro Stock record here in 1990 and won my first NHRA Pro Stock Wally here at Baytown in ’92. Let’s hope some of that good luck carries over to tomorrow.” 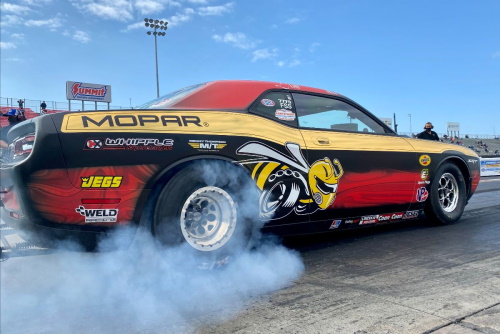 The Competition: No. 4 John Cerbone

Quotable:
“There was a little bit of strategy going into this very eclectic race. Having a quick time of 7.95 that carried over from St. Louis and put us into the field and knowing the car count, it allowed us to try some things today. Sometimes you find some beneficial things and other times you realize that wasn’t the right move. It’s very rare that you have the availability to do that during qualifying and we were able to take advantage of that. We got a good solid second lap and that sets us up for some hard eliminations tomorrow. We’re counting down the days of ‘El Bandito’ in the Factory Stock (Showdown) competition and I can’t wait to give it everything we’ve got as we prepare for the next chapter of the Drag Pak in 2021.” 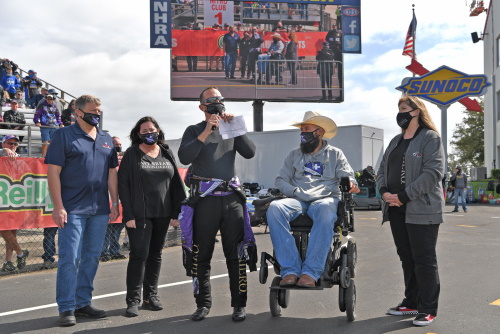 ABOUT DON SCHUMACHER RACING
Established in 1998 as a single-car Top Fuel team, Don Schumacher Racing (DSR) has grown to become the winningest organization in NHRA Drag Racing history. Including team owner Don Schumacher’s five NHRA Funny Car titles from the 1970s, DSR’s current win count stands at 354, and DSR is one of a very small handful of teams in the motorsports industry to surpass the 350 milestone. DSR owns 17 world championships in three different NHRA categories.