St. Petersburg, Fla. (October 25, 2020) – It was a bittersweet season finale at the Firestone Grand Prix of St. Petersburg for Jack Harvey and Meyer Shank Racing on Sunday.

Running in the top six for the opening 70 laps of the 100 lap event, the team was on track to close out their first full-season NTT INDYCAR Series campaign with a top result. But those hopes were dashed when Harvey was hit by a competitor with just under 30 laps to go. Harvey finished out the race 19th. 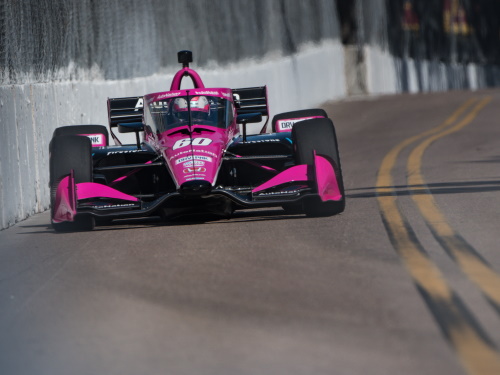 Excited for his first and only street course outing of the 2020 season, Harvey was eager for the event as IndyCar returned to the site where the season was due to open in March.

A strong qualifying run saw Harvey claim fifth on the grid, with his opening stint in the No. 60 AutoNation / SiriusXM IndyCar within sight of the top five. Capitalizing on the pace that his Firestone primary tires had, Harvey pitted from fourth on lap 33.

Returning on track with a set of alternate tires, Harvey raced four laps before a second full course caution was called. On the restart, Harvey made an aggressive but strategic move coming out of Turn 1 to slide into P5.

After 15 laps of tight battles, a fourth caution was released on Lap 70. It was just a few laps later that – while under yellow – Harvey was struck from a competitor that was reentering the track after tangling with someone else. That contact gave the No. 60 a bent right rear tie rod, forcing Harvey to pit lane.

Despite quick work by the crew as they replaced the damaged tie rod and sent Harvey back out, the setback saw the No. 60 entry fall several positions in the final championship standings after Harvey crossed the line 19th at the finish. 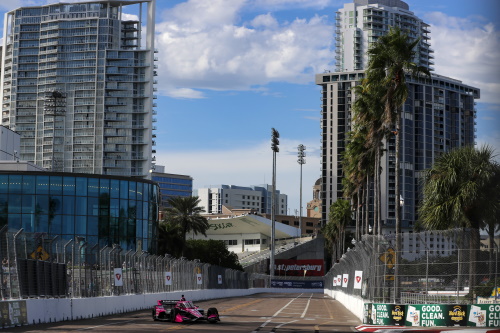 “That race pretty much just summed up our year,” said Harvey. “We’ve had so much pace all year and every time something happens that knocks us down, we’ve been way inside the top ten. I feel like the team deserves to be seventh or eighth in points. I feel like that’s where I deserve to be as a driver, so it’s a super disappointing day. The ramifications of what James (Hinchcliffe) did by waiting and choosing the wrong time to come back out on track, are huge and it cost us a lot in the championship.”

“I’m really, really proud of the improvements that the team made over the course of the year,” said Mike Shank. “Unfortunately Hinchcliffe chose the wrong time to come back out on track and it ended our day. It was a fairly easy top three day today. Our 15th place in the championship really doesn’t represent the pace that we had. The good news is that next year’s season begins next week when we get to test at Barber. I’m really proud of the progress that the team has made from year one to year three and four.”