Pataskala, Ohio (October 26, 2020) – With just two races left in the IMSA WeatherTech SportsCar Championship, Meyer Shank Racing is looking to take the No. 86 Acura NSX GT3 back to the podium for the Monterey Sports Car Championship on Sunday (4:05pm ET, TRACKPASS).

MSR drivers Mario Farnbacher and Matt McMurry held a stout 14 point advantage in the GTD Championship heading into the Mid-Oho IMSA event weekend. But after being knocked out of contention with contact in three consecutive races, they currently sit third in the IMSA GTD Team Championship (221) and fourth in the Driver Championship (221). 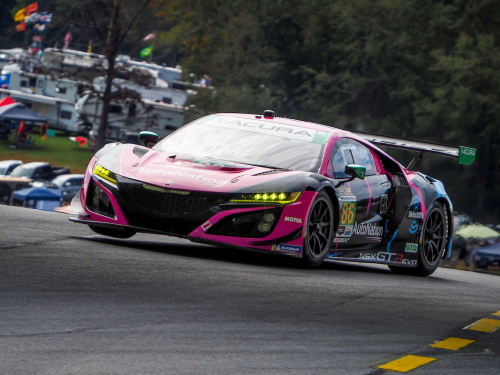 The most recent edition of the No. 86 Acura seeming to carry a bullseye for its GTD competition was Petit Le Mans. After claiming the Motul Petit Le Mans pole with a track record setting time, the No. 86 Acura was once again taken out of contention after contact from another competitor broke the rear suspension. The MSR crew was able to diligently make repairs to send the Acura back on track to claim tenth place points.

“What happened at Road Atlanta really messed with our championship,” said Farnbacher. “But the MSR crew is always pushing and they always give us the best car possible, and I know that nothing will be different heading to Laguna this weekend.” 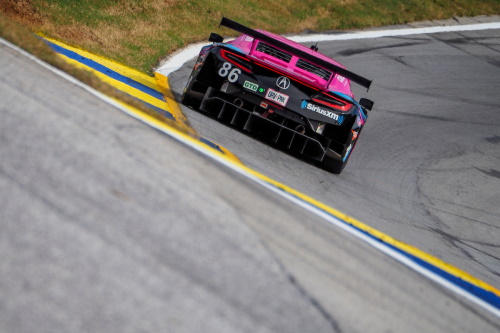 Coming straight from the 24 Hours of Spa and finishing ninth for Team Honda Racing, Farnbacher is focused on this weekend’s battle. Having resided stateside since the IMSA WeatherTech 240 at Daytona in July, Farnbacher comes to Laguna with data from MSR which has claimed pole and won at WeatherTech Raceway Laguna Seca in 2018.

Meyer Shank Racing has also won overall in 2016 as Ozz Negri and John Pew drove to victory onboard the team’s Honda Ligier Prototype.

“There’s only two races left and these two races will be really important for the championship,” said Farnbacher, who finished eighth at Laguna Seca last year with MSR. “This track has been tricky for the Acura in the past and the track has pretty low grip. This weekend we are running a softer tire so we will really need to focus on getting our pace locked down as early on in the weekend as possible.”

As the reigning LMP2 race winner at Laguna Seca, McMurry is eager to head back to the California circuit onboard the Acura NSX GT3. 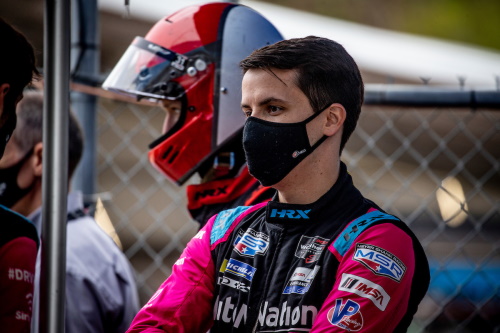 “Laguna is going to be a super important race for us in the championship,” said McMurry. “It’s going to be challenging with the soft tires on such a high degradation, track but everyone will have that problem, so we just need to deal with it better than everyone else.”

The Monterey Sports Car Grand Prix will be a quick two-day shootout with the two hour, 40-minute race set for a 4:05pm ET green flag start on Sunday November 1st. Live race coverage will be available on TRACKPASS by NBC Sports Gold or on SiriusXM Ch. 202. A tape delay of the race will be on NBCSN starting at 6:30pm ET.