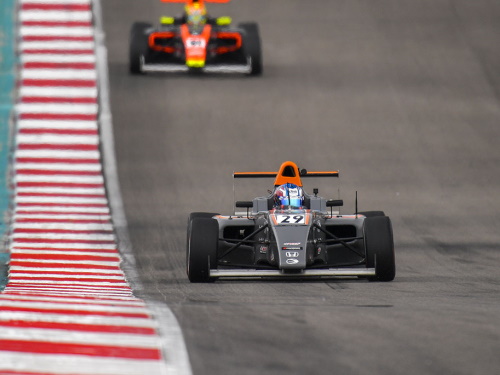 Austin, Texas (October 29, 2020) – This past weekend, Erik Evans wrapped up his 2020 F4 United States Championship Presented by Honda season at Circuit of the Americas (COTA) in Austin, Texas. With three rounds remaining in the championship, Evans was focused on ending the season strong and climbing as high up in the final championship points as possible. After a character building start to the season, Evans was able to find his momentum in the second half, finishing in the top-four in four of the last six races, including a third-place finish at Sebring International Raceway and a win at the final race at Homestead-Miami Speedway before heading to Texas.

Evans started the weekend strong finishing second and fifth in his group in the two practices sessions on Friday. Combining the lap times of all of the F4 drivers, Evans was firmly in the top-ten and ready for the weekend. When qualifying came on Saturday, Evans qualified tenth for race one with a best time of 2:17.324-seconds. Over the course of 14 laps, Evans gained two positions to finish in eighth. 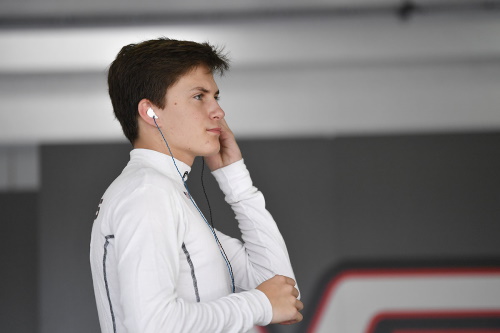 For the penultimate race of the weekend and season, Evans started in ninth based on his lap times from the first wheel-to-wheel action of the weekend. Throughout the race, Evans battled his way towards the front of the field. Over the course of the eleven-lap race, and after two brief caution periods, Evans worked his way into third to finish on the podium for the third time this season. Setting a fast lap time of 2:18.359, Evans qualified in fourth for the final race of the 2020 Championship season.

With one race remaining, Evans was optimistic that he could pull of one final podium result. Racing hard in the top-five, via contact, Erik lost his front nose cap, causing a loss of downforce and straight-line speed. The resulting damage pushed him back to a tenth-place finish in final race of 2020 season.

Even after sitting out of four races at Barber Motorsports Park earlier this season, Evans was still able to finish his rookie season overall in sixth place in the 2020 Driver’s Points Championship, just 16 points from fifth. With that sixth-place finish, he gained two coveted FIA Super License points.

Now that the 2020 F4 United States Championship Powered by Honda now complete, Evans is focused on the 2021 season. With conversations already in the works, Evans is excited to announce his 2021 season plans in the upcoming weeks. 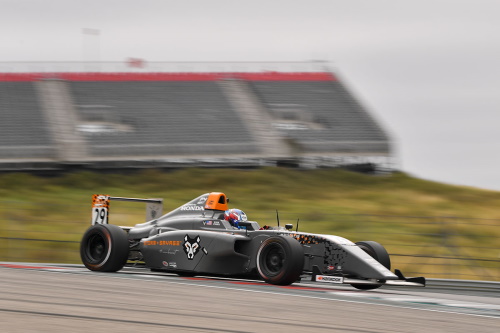 To view the STORM + SAVAGE t-shirts and hats, or learn more about this growing apparel company, please visit them online at www.StormAndSavage.com and be sure to follow them on Facebook and Instagram, or follow their hashtags, #stormandsavage, #iambeast, and #thebeastwithin.

For more information on Erik Evans, please contact RTD Media & Management at Info@RaceTechDevelopment.com or follow him via his social media channels by searching @ErikEvansRacing.