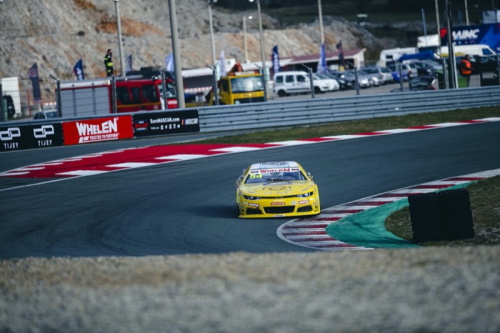 (November 13, 2020) – The Italian flag waved all over the Free Practice sessions at the Automotodrom Grobnik on Friday afternoon: while Gianmarco Ercoli clocked the fastest lap overall in EuroNASCAR PRO, Vittorio Ghirelli topped the EuroNASCAR 2 standings in the two 30-minute practice sessions. The two Italians left their mark ahead of the first ever NASCAR Whelen Euro Series race in Croatia and will look at Qualifying on Saturday morning to score a fundamental pole position.

Gianmarco Ercoli posted a 1:38.838-lap in the Final Practice at the wheel of his #54 CAAL Racing Chevrolet Camaro in EuroNASCAR PRO. The 25-year-old Rome native mastered the unique 18-turn layout of Automotodrom Grobnik. Qualifying will play a key role and that’s why his CAAL Racing team will keep working hard to prepare for. Ercoli was also the fastest Junior Trophy driver. Confirming the extremely high level of the EuroNASCAR PRO competition, the first five drivers were separated by just 0.224 seconds.

“The track gets more fun every time you complete a lap,” said Ercoli, who immediately fell in love with the Automotodrom Grobnik. “There are a lot of bumps and challenging turns around those 4 kilometers. You have to be very careful and sensitive to the car. Due to the flow of the track, passing will be a challenge and that’s why Qualifying will be crucial to score a solid result here in Croatia.”

Championship leader Alon Day finished second at the wheel of his #24 Monster Energy PK Carsport Chevrolet Camaro. The two-time champion was just 0.049 seconds behind Ercoli. Day can count on a 10-point lead on Lasse Soerensen, who ended up 13th quickest overall, and a 11-point lead on Ercoli entering the NASCAR GP Croatia. Hendriks Motorsport’s Giorgio Maggi showed a promising pace by posting the third quickest time with a 1:29.020.

DF1 Racing’s Nicolo Rocca and PK Carsport’s Stienes Longin rounded out the top-5 in the combined standings of Free Practice. Marc Goossens followed in sixth place ahead of reigning champion Loris Hezemans, who missed a lot of track time due to an engine problem with his #50 Ford Mustang. Martin Doubek, Justin Kunz and Lucas Lasserre completed the top-10 all posting their fastest laps in the second Free Practice session. Davide Dallara was the fast Challenger Trophy driver in 12th place. 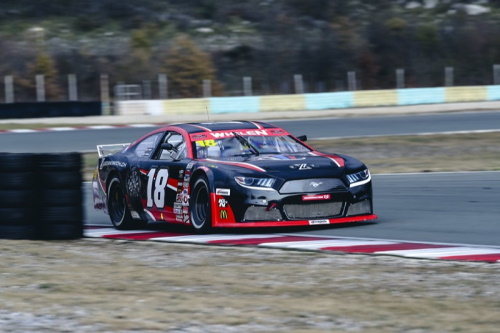 In EuroNASCAR 2 it was Vittorio Ghirelli, who topped the standings in both Free Practice sessions at Automotodrom Grobnik. The Italian lapped the track in 1:28.783 minutes and was the quickest driver across the two championships. It was a perfect day for Hendriks Motorsport: all three cars of the Dutch team finished inside the top-3. Martin Doubek was second 0.639 seconds shy of his teammate Ghirelli. Vallelunga double winner Tobias Dauenhauer followed in third 0.722 seconds behind the Italian. The German was also the fastest rookie.

“We are very happy about the results in Free Practice,” said Ghirelli. “I felt confident in the car all day and we worked well with the guys from Hendriks Motorsport to improve the balance of the car. Track is very fast and I love to drive here. I will give all my best to keep it up for tomorrow!”

Vladimiros Tziortzis from Cypria was fourth at the wheel of his #1 Alex Caffi Motorsport / Race Art Technology Ford Mustang ahead of CAAL Racing’s Dylan Derdaele, who rounded out the top-5. Alessandro Brigatti was sixth under the checkered flag, while Julia Landauer, Nicholas Risitano, Simon Pilate and Massimiliano Lanza completed the top-10. Landauer led the standings in the Lady Trophy, Evgeny Sokolovsky in the Legend Trophy. 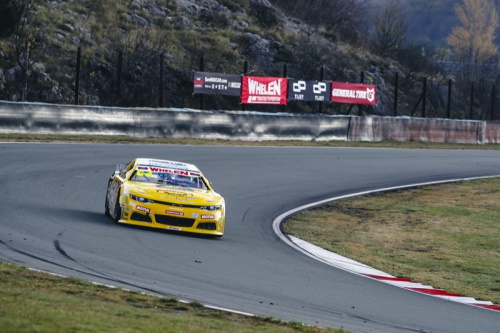 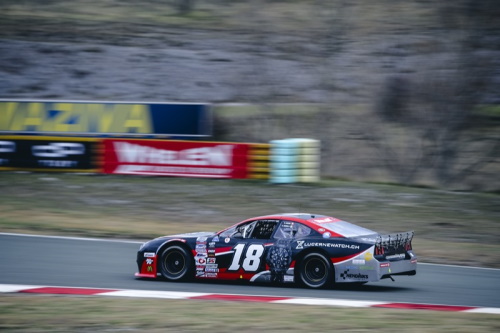