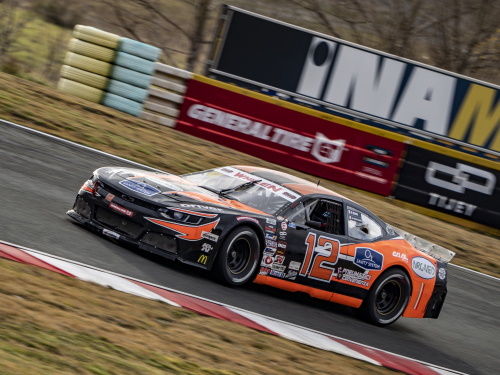 Grobnik, Croatia (November 17, 2020) – Nicholas Risitano grabbed the third ELITE 2 podium of the 2020 NASCAR Whelen Euro Series season in three races at Grobnik Autodrom, Croatia. The good result brings the Italian driver fifth in the points before the four races with double points scheduled in Valencia. In the ELITE PRO Division, Francesco Sini reacts to a difficult weekend with a great comeback Race 2.

The weekend started in the best way for Risitano, who posted the sixth fastest lap in the free practice and the third row in the qualifying session. Thanks to a good pace and three exciting overtakes, Nicholas conquered soon the third place in Race 1, grabbing the podium under the checkered flag. Race 2 seemed to be similar to the previous one, with the #12 Camaro that was fighiting for the Top3 until a contact slowed Risitano, at the end 11th on the finish lane. Nicholas is now fifth in points, with 53 points gap but everything can still happen because the last four races of the season that will give double points.

Less lucky was the weekend of Francesco Sini. After the good performances in the free practice, Sini suffered several troubles since the qualifying. In the Race 1 he had to retire due technical issue while he was easily in the Top10. Started from the 7th row in Race 2, “Ringhio” didn’t give up and he came back until the 11th place under the checkered flag, despite a drive through. Sini is now 7th in the points standings with only 52 points gap from the lead. In Valencia there will be more than 400 points at the stake.

The NASCAR Whelen Euro Series Finals are scheduled in Valencia from 2nd to 6th December. The Spanish track will host 4 races for each Division with double points. 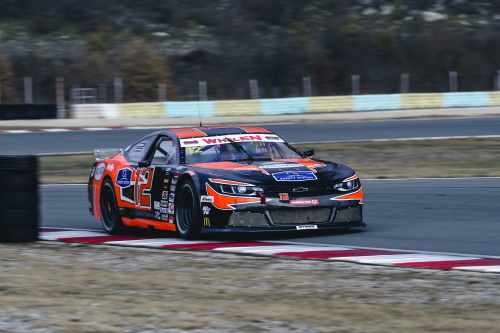 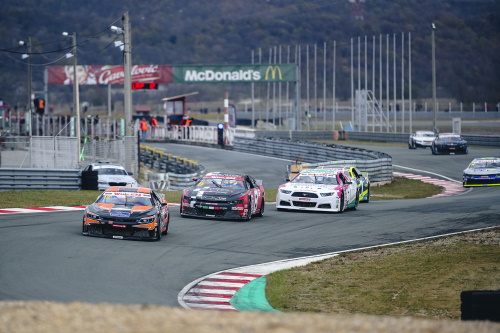 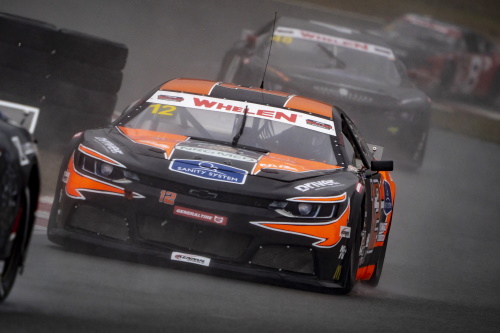 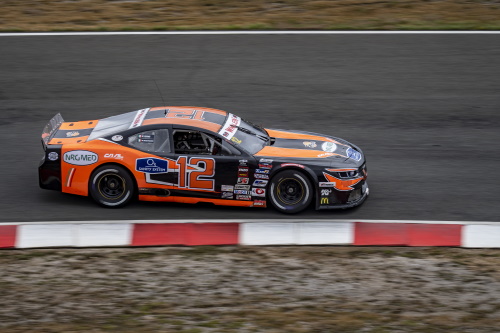