Braselton, Georgia (November 18, 2020) – With a quick turn around after the visit to Circuit of The Americas, the Trans Am Series presented by Pirelli teams return to Michelin Raceway Road Atlanta for the Atlanta SpeedTour November 19-22. (Tickets) 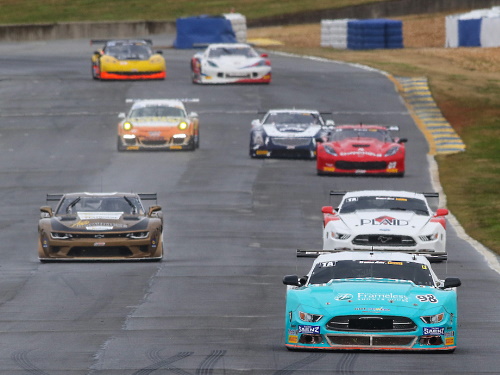 Teams and drivers were originally scheduled to visit the technical 2.54-mile road course in March, but the event was postponed due to the global pandemic. Trans Am drivers will now face off in a double header at Road Atlanta this weekend as the 2020 championships race to a conclusion.

Trans Am will hold separate 100-mile races for the Trans Am/XtremeGT/SuperGT/GT and TA2® powered by AEM classes on Saturday, November 21, and then a combined event on Sunday, November 22 for all five classes.

Fifty-four drivers are slated to compete in the Atlanta SpeedTour double feature, and the three-way split start scenario during Sunday’s race is sure to spark excitement in the already tight title chases.

Fans can stream the weekend spectacle starting Saturday from the Trans Am by Pirelli Racing App.

TA Battle for the Top Step
Ernie Francis Jr. (No. 98 OneSouthFloridaWealthAdvisors Ford Mustang) is still on a quest to claim his seventh championship title, leading the Trans Am class by 43 points over the No. 8 Lucas Oil Chevrolet Camaro of Tomy Drissi.

Last season, Francis Jr. struggled with electrical issues around a damp and foggy Atlanta circuit. After taking the point, Francis Jr. was forced to the pits to fix a faulty brake light. The stoppage sent him to the back of the competitive field, but the Breathless Racing driver rallied for an eighth-place finish.

“We are looking to bounce back after last year, but this year at Road Atlanta will be more about solidifying the points lead,” explained Francis Jr. “We are looking forward to the doubleheader for the extra points.”

But, returning in the Pancho Weaver built No. 2 WeaverRcng/Techniques/SRIPerfor Dodge Challenger is Boris Said, who has been a thorn in Francis Jr.’s side since his championship resurgence in Virginia. 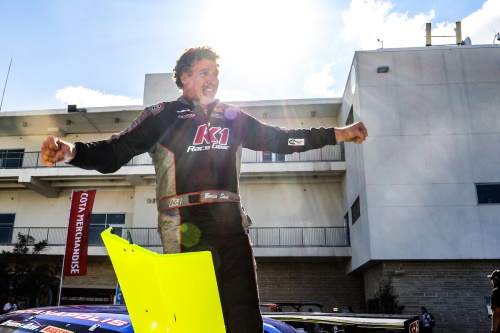 Chasing down a victory, a podium finish and two pole positions, Said has stolen valuable points from the reigning champion and other Trans Am drivers trying to seal up the points title.

“I love this series,” Said commented. “We help each other off the track but we will gladly put each other in the wall on the track.”

In the No. 23 McNichols Co Chevrolet Corvette, Amy Ruman has made it a habit of finishing at or near the front at Road Atlanta. She won at the Georgia circuit in 2015 and again in 2016 from pole. (Read about Ruman’s full Road Atlanta history here) Ruman also finished second; third on three occasions; and fourth twice. Her lone finish out of the top five at Road Atlanta was ninth in 2018.

Ruman is fourth in the class championship heading into Road Atlanta, just three points behind Simon Gregg, who celebrated his 200th Trans Am start at CoTA.

“Road Atlanta is a tough track,” Ruman said. “You have to be consistent there, for sure. There are a lot of challenges there, especially with the downhill Esses and the downhill coming down to the front straight. Overall, I think if your setup is good and the weather is good, you can do really well there.”

Chris Dyson has had a rocky follow up to his 2019 Trans Am Vice Championship season. With bad luck and mechanical plaguing his 2020 season, Dyson has managed to score a victory and three additional podium visits to slot himself into fifth place in the standings entering Atlanta. But, with two races this weekend, Dyson sees an opportunity to make up valuable points in his title push.

“I am excited to get back to Road Atlanta next weekend,” Dyson said. “We have always been fast there and we have unlocked some speed in the last few events with our No. 20 Plaid Mustang. The doubleheader format creates some good opportunities for movement in the championship. But being entirely realistic, we have just had too many DNF’s this year, so at this point my main focus is on scoring race wins and letting the points fall how they may. I’m happy that the series has been able to get in a season this year; they have moved mountains in accomplishing that.”

XGT/SGT/GT Championship Push
Two Audi R8 Ultas and a Chevrolet Corvette will headline the new XtremeGT class. Leading the chase for the inaugural title is Ken Thwaits in the No. 5 Franklin Road Apparel Audi R8 GT3 Ultra. Thwaits’ closest points rival, Erich Joiner, is not entered for the double header. 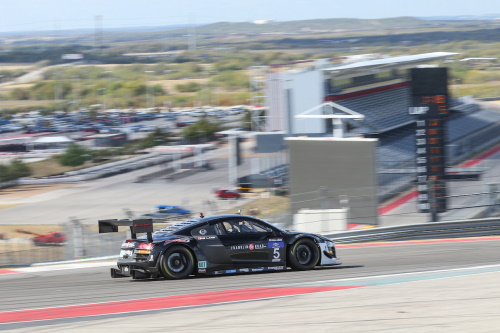 However, he will be challenged by newcomer Justin Oakes in the No. 11 Droneworks Chevrolet Corvette. In his debutant race at Circuit of The Americas, Oakes led the opening laps of the XGT race before retiring from the round.

“It’s great that the XGT Class is heating up. I love having some really good guys to race against, we have had a great run this season,” Thwaits said. “Seriously, the Audi has been running awesome. It’s a very solid performer and the last few races have shown us that there’s an endurance element to Trans Am racing. It’s not all about straight line speed.”

In the budding SGT class, a collection of 10 high-performance production race cars from around the world, the class pits American powerhouses against European exotics in a contest of global proportions. 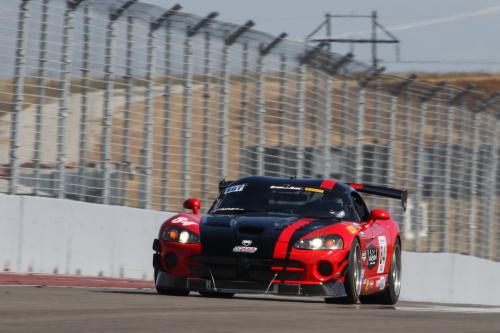 Saunders started the season strong with four wins, but consecutive sixth place finishes at Virginia International Raceway and CoTA opened the door for Wlostowski to close the gap in the final legs of the season.

“I am super excited about going to Road Atlanta,” Wlostowski said. “I thought we’d be top of the Championship and it turns out that only makes us more determined. It’s been such a hard and difficult year for everyone including our New York City based shop. Now we’re going to Atlanta a few points behind. I just want us to keep the momentum going into the final races.”

Driving for Tony Ave in the No. 04 N29 Technologies LLC Audi R8 GT4, Natalie Decker will make her National SGT class debut. Decker drives full time in the West Coast Championship where she’s second in the championship after her first season victory at CoTA.

Dan Schlickenmeyer (No. 37 GriggsRacing/BathCntyCollision Ford Mustang) and John Baucom (No. 86 BaucomMtrspts / RoadRaceParts.com Ford Mustang) will make their season debut in the GT class. 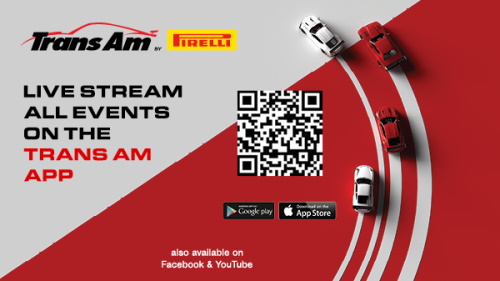 Event Timetable
The four-day event starts on Thursday, November 19 with testing. The official weekend commences on Friday, November 20 with practice in the morning followed by qualifying in the afternoon starting with the Trans Am class at 4:00 p.m. Eastern. Saturday begins with the TA/XGT/SGT/GT race at 10:45 a.m. Eastern followed by the TA2® powered by AEM feature at 3:55 p.m. Eastern. The combined class finale will take the green on Sunday at noon Eastern.