Pataskala, Ohio (November 21, 2020) – Racing to the championship at the same track where the team first tested the car some 48 months before, Meyer Shank Racing closed out a spectacular four year run with the Acura NSX GT3 by securing its second consecutive IMSA WeatherTech Championship at Sebring International Raceway last weekend. The team will now move its focus to the IMSA Prototype class at it makes the switch to the Acura ARX-05 DPi starting in 2021. 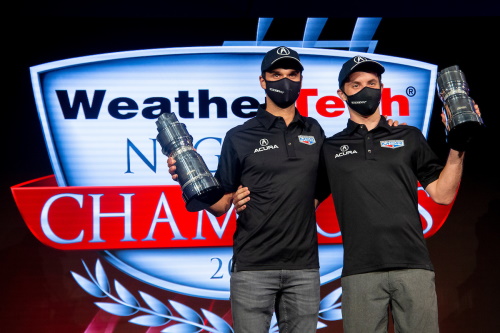 Selected by Acura as the factory GTD team to debut the all new Acura NSX GT3 in 2017, Meyer Shank Racing was integral in the development of the Acura NSX’s first year competing in North America.

It didn’t take long to lock down the pace as MSR secured the first ever North American win for the Acura NSX GT3 in Detroit in 2017. The Ohio-based team went on to score six additional victories and 24 total podium finishes in the following four years running the platform. 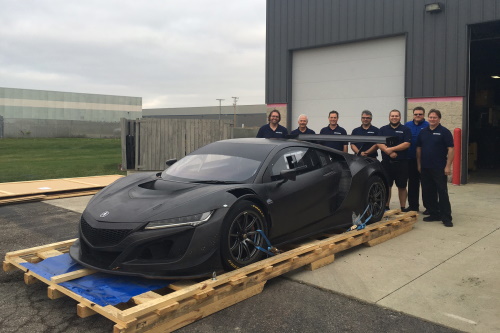 The team and its core of drivers worked hand in hand with Honda Performance Development (HPD) and a team of engineers to develop and deploy an “Evo” update for the Acura NSX in 2019, which allowed the effort to find yet more success—bringing MSR to two IMSA GTD class championships in 2019 and 2020 as well as giving Acura its first GTD manufacturer championship title in 2020.

With just a handful of test days prior to the debut of the Acura NSX GT3 in Daytona, Meyer Shank Racing entered the season not knowing what was to come. MSR featured a two-car lineup for the 2017 season with Andy Lally and Katherine Legge in the No. 93 Acura while MSR veteran, Ozz Negri would pair with Jeff Segal in the No. 86 Acura.

While the rainy conditions at the Rolex 24 At Daytona allowed the car to shine, the season started slowly from a results point of view, with just one appearance inside the top ten in Long Beach. But a quick turn around on the streets of Belle Isle saw Legge qualify on the front row and go on to bring home the first North American victory with for the Acura NSX GT3 with Andy Lally in June.

That momentum continued to the next round at Watkins Glen which saw the pair storm to victory after starting on pole and securing a second win onboard the NSX. A second place finish in the following round at Canadian Tire Motorsport Park and another second place finish at WeatherTech Raceway Laguna Seca saw the No. 93 Acura NSX GT3 claim sixth in its debut IMSA GTD Championship. 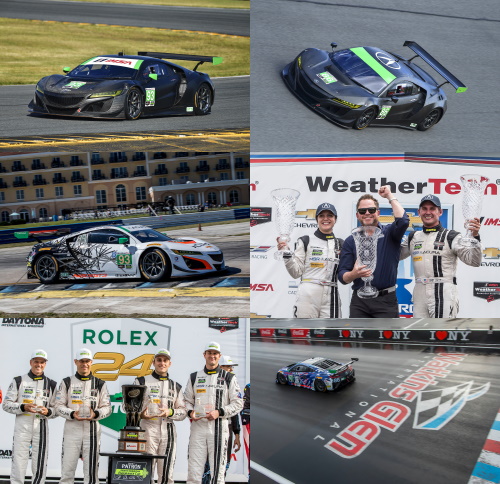 2018: Fighting for the Championship

With 6,978 laps of competition under its belt, MSR entered the 2018 season looking to improve on its debut IMSA results for the 2018 season. The Rolex 24 At Daytona was a strong opening round for the No. 86 Acura which saw Legge, Parente, Trent Hindman and AJ Allmendinger make a run to second place in the 24 hour event and win the opening round of the Michelin Endurance Cup.

Legge and Parente went on to score one more podium finish (2nd) at Mid-Ohio Sports Car Course just two races later. Entering the Detroit weekend as reigning race winners, Legge was joined by Mario Farnbacher to fill in for Parente. The pair once again showed the strength of the Acura NSX GT3 on the tough street course, bringing home a second victory in Detroit. The race weekend also saw the No. 93 Acura NSX GT3 of Aschenbach and Marks finish second – which marked MSR’s first-ever 1-2 finish in IMSA competition.

With two additional podium finishes at Watkins Glen and Road America, championship hopes rapidly developed for the No. 86 Acura. Traveling west for the penultimate round at WeatherTech Raceway Laguna Seca, Legge not only scored her first ever IMSA pole position but also posted the fastest lap record for GTD (1:24.456-seconds) which still holds today. Legge and Parente raced to a flag-to-flag victory. 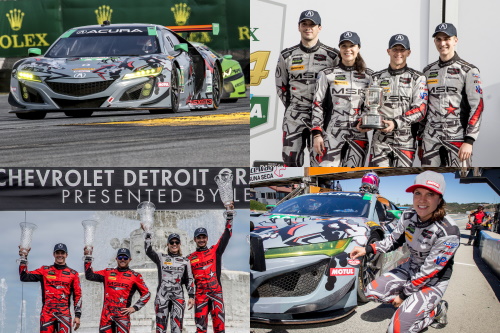 After coming so close to the championship title in 2018, Meyer Shank Racing returned in 2019 ready for redemption. Both previously running as endurance drivers for MSR, Hindman and Farnbacher were promoted to full-season teammates for the 2019 season.

Not only a new lineup of drivers entered the season with MSR, but an all-new Acura NSX was also brought into the picture with the upgraded ‘Evo.’ A completely upgraded aero package saw changes in the splitter, rear bumper and diffuser which boasted more cooling but limited drag, thus increasing the powerful platform’s top speed.

The final Motul Petit Le Mans saw Farnbacher and Hindman come into the race with a substantial 32 point lead in the points standings. In order to claim the GTD Team championship the No. 86 Acura just needed to take the green flag. And for the Driver championship to be secured, both Hindman and Farnbacher needed to complete the minimum drive time of two hours and 30-minutes.

Despite sustaining damage and retiring early, Farnbacher and Hindman were able to capture both the Team and Driver championships for Meyer Shank Racing. The championship title was also the first for the Acura NSX GT3. 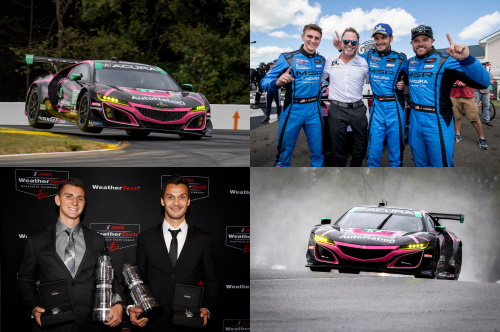 Claiming four podium finishes and two victories in the 2020 season, Farnbacher and McMurry made an incredible drive to secure the IMSA Team, Driver and Manufacturer titles in 2020. But that feat wasn’t easy as the rough and tumble nature of IMSA racing saw the pair go from leading the championship, and leading the race, at Mid-Ohio to suffering contact in three consecutive races which took the pair our of contention and put them as low as fourth in the championship standings.

Fighting back tooth and nail, Farnbacher and McMurry once again raced to lead the GTD championship following a standout victory at WeatherTech Raceway Laguna Seca. Claiming his first-ever IMSA GTD pole position, McMurry started from the front row and never looked backed. The victory was backed up by the team’s sister car finishing third.

A grueling race that tests both driver and car, closed out with the No. 86 Acura NSX GT3 finishing on the podium in third, and once again claiming the Team and Driver championships. The result also gave Acura its first-ever GTD Manufacturer championship title. 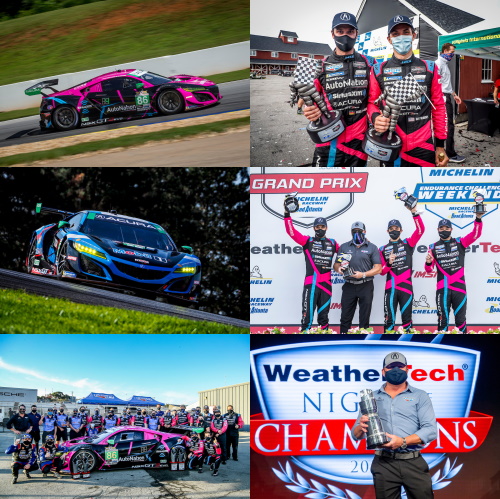