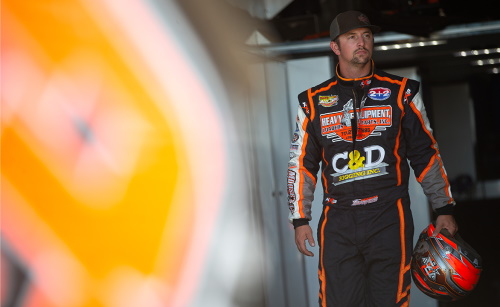 He’ll look to do that year-round in 2021 when he joins the Series full-time for his rookie season.

“We had been talking about joining the tour for a couple of years now, we just put all of the pieces together for this coming year and felt like this coming year was the right time to do it,” said Zearfoss, of Jonestown, PA.

Zearfoss will run the full tour in his own Moose’s LZ Bar & Grill #3Z, joining Aaron Reutzel in the hunt for the Kevin Gobrecht Rookie of the Year title. He ran 16 races with the Series in the family car this year, earning three top-five finishes and five top-10s – one of his best seasons with the Series to date. In total, he’s ran 57 races with the World of Outlaws, collecting one win, four top-fives and nine top-10s. 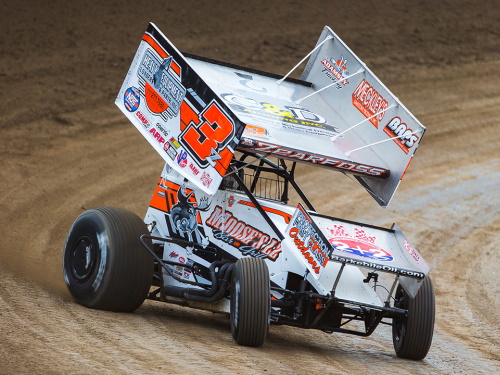 His career started in go-karts before gradually moving up the racing ladder to Micro Sprints, 358 Sprint Cars, 360 Sprint Cars and then 410 Sprint Cars. The past few years he’s expanded beyond the local Pennsylvania, traveling out of state more, mostly in the Northeast and Midwest with the All Star Circuit of Champions – earning four wins in the Series.

The challenges of running his own team on a 90-plus race schedule, that spans from coast to coast, are not lost on Zearfoss. Along with calculating costs, there are several unknowns with traveling to multiple new tracks and areas he’s never been to. However, with the support from his sponsors and leadership of veteran crew chief Shane Bowers, he’s confident they can make it work.

“Going from racing every Friday and Saturday night locally and working 40-hour weeks to becoming a full-time driver, traveling up and down the countryside, there’s a lot of key components that go into making this successful and making sure you can make it the whole year,” Zearfoss said. “Hotel bills and fuel costs alone are huge expenses, on top of racing. Fortunately, I have Shane Bowers, who has been up and down the road enough to have the smarts to do it right. He’s been up and down the road with a lot of good teams.”

Bowers and Zearfoss were paired together in 2018 when he joined Destiny Motorsports. They immediately connected, Zearfoss said, and had success, making the Knoxville Nationals in their first attempt together. Bowers has flown side by side with the “Jonestown Jet” ever since.

Having Bowers by his side and the confidence of knowing he can win against the Outlaws is a recipe for success in Zearfoss’ eyes. He said he believes his team is capable of finishing inside the top-10 in points and getting a win next year. 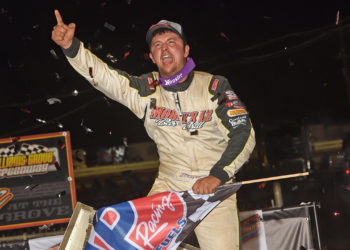 “Just all comes down to racing on the road,” Zearfoss said. “Traveling, that’s what makes the Outlaws the best and the best drivers in the world. They’re always traveling to different places every night and dealing with different circumstances and having to adapt pretty quick. It just makes you a better driver overall. Not to mention the competition is the toughest there is. You need to be on top of your game and it forces you to do that, racing with the Outlaws.

“If we can make a couple of new fans, see some new racetracks and gain all of the experience that we can it’s going to be a good year.”

Zearfoss will start the 2021 season with the rest of the stars of the World of Outlaws Feb. 5-7 at Volusia Speedway Park for the 50th DIRTcar Nationals. For tickets, click here.