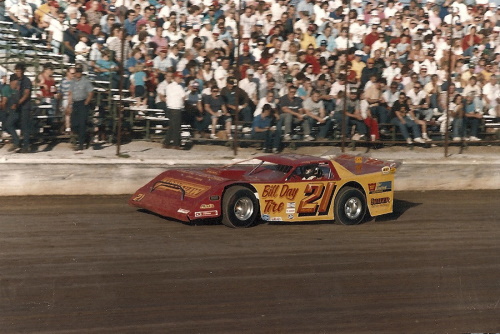 CONCORD, N.C. (November 25, 2020) – In commemoration of the 20th season for the World of Outlaws Morton Buildings Late Model Series coming in 2021, we’re remembering the past and looking back on the years that led us to today.

The beginning was 1988. Ted Johnson had already established the World of Outlaws NOS Energy Drink Sprint Cars as a national powerhouse after only ten years. So, what now?

Founded on the same principles which transformed his 1978 band of travelers into The Greatest Show on Dirt, Johnson of Beloit, Wisc. formed a series of fendered fanatics in ’88 to unleash the The Most Powerful Late Models on the Planet.

Recruiting an elite breed of drivers, this original outfit of Outlaws was a list of legends on top of legends. After all, 11 of the top 12 in the series’ inaugural point standings have now found a home at the National Dirt Late Model Hall of Fame.

With 17 races on the docket, the World of Outlaws Late Model Series contested events from Pennsylvania to Colorado, and everywhere in between in 1988. A total of 12 unique tracks in 11 different states highlighted year one. 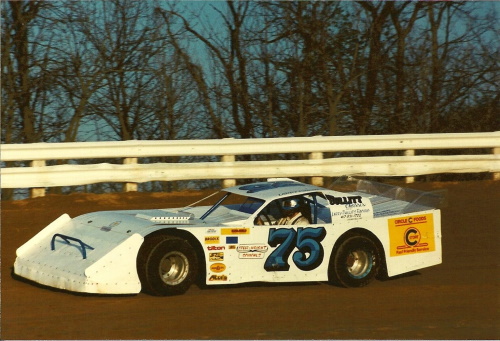 Forever etched in the record books is the date April 22, 1988, when the World of Outlaws Late Models officially roared to life with the first event in series history held at the revered Williams Grove Speedway in Mechanicsburg, Pennsylvania. Distinguished as the first feature winner, Larry Phillips of Springfield, Mo. outran an all-star cast of competitors which included Jack Boggs, Freddy Smith, Rodney Franklin and Billy Moyer for his lone career victory.

When the series ventured west, Mr. Smooth Billy Moyer entered the win column and promptly established himself as the original Outlaw. A three-race win streak at Badlands Raceway in Yates Center, Kans. and Colorado National Speedway in Erie, Colo. pushed Moyer to the top of the all-time wins list, a spot he would hold until 2012 when Darrell Lanigan stripped it away.

The summer of ’88 began with a variety pack of fresh faces in victory lane as Willy Kraft of Lakefield, Minn. won at Black Hills (S.D.) and Jackson (Minn.), Rick Egersdorf of St. Paul, Minn. put his name into the hat by scoring at Cedar Lake (Wisc.), and Johnny Stokes of Columbus, Miss. was top dog in an Enid (Okla.) showdown.

From there, Moyer turned up the heat and went on an unrelenting run to win six of the final seven shows, including a five-race stretch which lasted 11 more seasons as the longest win streak in series history. 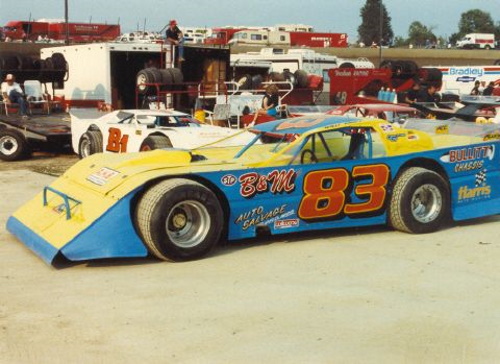 Willy Kraft was the only other multi-time winner in 1988 besides Moyer. [Dennis Piefer Photo]

Triumphs at Sante Fe (Ill.) and Knoxville (Iowa) led into a perfect trifecta when Moyer swept three straight nights of the USA Nationals at Cedar Lake Speedway. The soon-to-be Million Dollar Man, Donnie Moran, stopped Billy’s streak when the Outlaws hit Missouri for the first time ever, beating him head-to-head at Highway 13 in Bolivar. Billy got him back one night later with a season-ending score at Lebanon I-44.

Recording ten wins and 14 top five finishes in the 17-race series, Moyer became the first champion in World of Outlaws Late Model Series history with 2,024 points earned aboard his famous No. 21. Closing out the top five point finishers in the inaugural season was Willy Kraft (-109), Larry Phillips (-200), Joe Kosiski (-578), and Charlie Swartz (-757).

It was a year to remember and will forever be written into the history books. With the groundwork laid, the stage was set for the World of Outlaws Late Models to return in 1989 with bigger goals in mind. Come back on Friday, November 27 to read up on the 1989 campaign!