DELAWARE, Ohio (December 1, 2000) – In what could be described as the epitome of NHRA drag racing’s next generation moving to the forefront, Troy Coughlin Jr. will become the lead driver for Team JEGS in 2021 and beyond, driving the JEGS.com Elite Motorsports Chevrolet Camaro tuned by Rickie Jones.

Just one year after the inception of the Pro Stock class 50 years ago, JEGS Automotive joined the battle with company founder Jeg Coughlin Sr. grinding gears in his JEGS-sponsored car. Troy Coughlin Sr., one of Jeg Sr.’s four sons who now own and operate JEGS, was next to contest the factory hot rod class, running various yellow-and-black hot rods from 1994-2004. Then came Jeg Coughlin Jr., who won five world titles and 65 races in the class during a 24-year professional career. 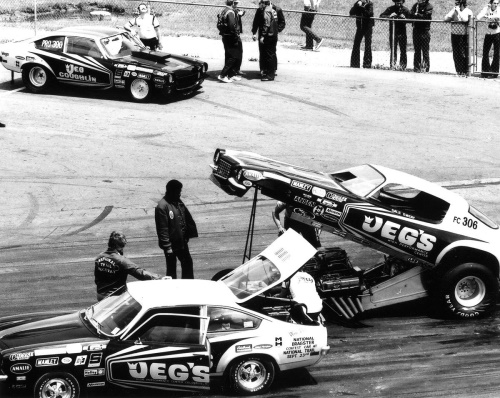 JEGS has been a part of Pro Stock since the early 1970s.

Now it’s Troy Jr.’s turn to carry on the tradition set forth by his grandfather, dad and uncle, driving the same RJ Racecars Camaro owned by Mark Stockseth that Jeg Jr. drove to three wins this past season.

“Competing in Pro Stock is who we are,” Troy Jr. said. “My dad, his dad, my uncle Jeg, it’s a pretty incredible legacy to follow and I couldn’t be more humbled and honored to move it forward.

“Drag racing is a unique part of what keeps our family together. It’s what we talk about at the dinner table. It’s what drives our customer base at JEGS. It’s everything for us. I think it’s really important to have a JEGS car in the professional ranks to constantly remind everyone we love it as much as they do. I’m so lucky to have this chance.” 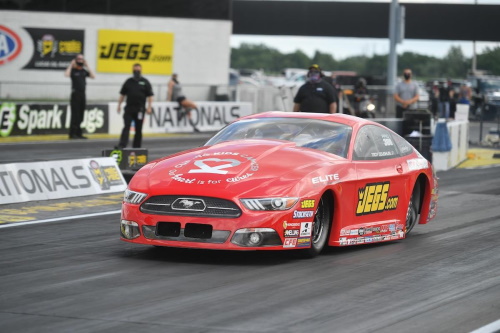 When Jeg Jr. retired from full-time competition at the end of 2020, the door opened for Troy Jr. to take the reins after a successful, part-time effort with Elite that featured his first final-round appearance at the third Indy race. It also allowed Jones to rotate from tuning for Jeg Jr. to Troy Jr.

Like Troy Jr., Rickie Jones was born into the sport, following his father Rick Jones from drag strip to drag strip for as far back as anyone can remember. The elder Jones found success in the IHRA Mountain Motor class and later in Pro Stock Truck (where Troy Jr.’s uncles Mike and John competed), both as a tuner and driver. At the same time, he started building racecars, and his creations have since claimed numerous world titles, most notably with multi-time champions Warren Johnson, Greg Anderson, Jason Line and Erica Enders.

As soon as he was old enough, Rickie became a part of it all, including the creation of the Jones’ other entity, Quarter-Max, where they manufacturer and sell a line of chassis and suspension parts, as well as components from several other vendors. 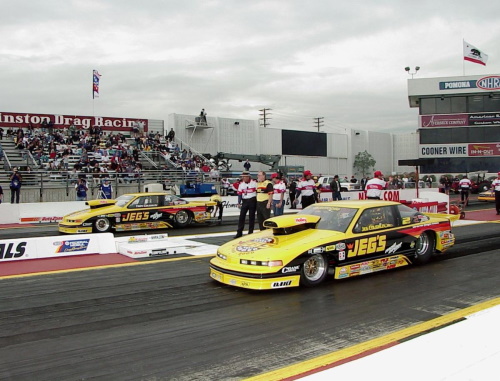 On the racing side of things, Rickie competed in Pro Stock and Pro Mod from 2008-2013, before joining his father on the tuning side of the equation. He’s spent the last seven years working on the cars of Enders, Jeg Jr., Aaron Stanfield and now Troy Jr., who is just three years his junior. As a side business, he also helps a variety of sportsman racers tune their cars.

“The similarities between T.J. and me are really neat,” Rickie said. “We were both pretty much born and raised at the races and both of our dads raced for many years. I know we share a real love for Pro Stock, plus we’re very alike as far as demeanor and personalities go. I think we’re going to have a lot of fun together, hopefully for many, many years.

“Both of us grew up dreaming about having these kind of chances, to try to win and win championships at the top level of the sport. Obviously, (team owner) Richard Freeman gives us everything we need to win so it’s up to us to put it all together. We’re real excited about having T.J. take this next step with us. He’s got all the potential in the world.

“I had an opportunity to work with him in preseason testing when he drove Jeg’s car at Bradenton. He took to it like a duck to water. He’s a natural. He asked a lot of great questions and has been a real student of the class ever since, watching a lot of the in-car camara video of his uncle’s runs. It’s really no surprise he’s done well considering all the cars he’s raced.” 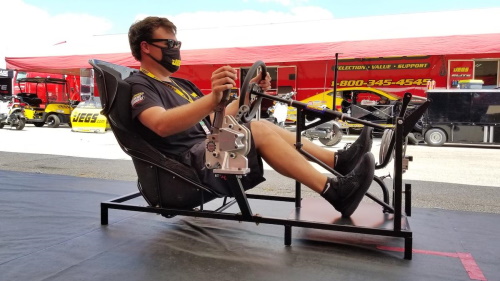 “I’ve been lucky to race so many different cars through the years but nothing has been as challenging as Pro Stock,” Troy Jr. said. “It’s a constant challenge to try and make a perfect run each time down the track. I try not to set any expectations but I think we all know great things are within our grasp. We should continue to be major players in the class.

“Having Rickie as the crew chief is the best-case scenario for me. In testing he was always real calm on the radio, which I really liked, and during the season he was someone I could talk to about anything in regards to the runs I was making. He knows Pro Stock as both a driver and a crew chief, plus he drove in Pro Mod too, so we’re a lot alike in many ways. We’ve been down the same roads.” 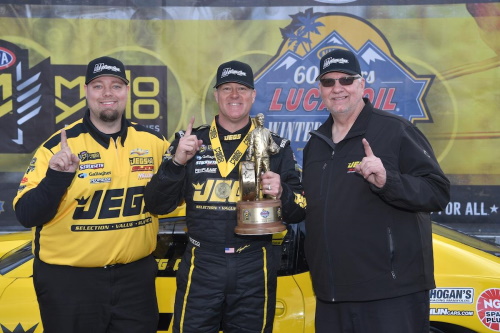 From left, Rickie Jones, Jeg Coughlin Jr., and Rick Jones celebrate a victory at the 2020 season-opening Winternationals. After this photo, Jeg gave Rickie the trophy as a show of thanks for being his crew chief.

Rickie knew he had a unique talent in Troy Jr. as early as that initial test session when after completing his first full run down the track, Troy Jr. admitted the car got his attention.

“Here’s a guy that drove a Top Fuel dragster and the first thing he says was how surprised he was by the Pro Stock car,” Rickie said. “He realized on that first run how much you need to be on top of these things. Drivers really have to drive a Pro Stock car. There’s a lot to do in those six seconds. Nothing can truly simulate a run and no one has ever jumped in a Pro Stock car and been perfect from the start. It takes time.

“I think T.J. took to it as quickly as he has because he’s been making runs in his head since he was a little kid. He’s watched his dad and uncle race so many times and it’s become embedded in his head. I personally think there are no limits to what we can accomplish.” 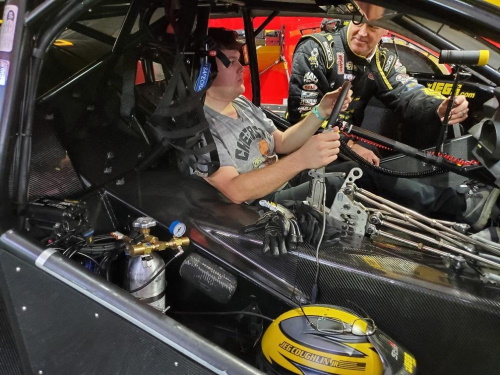