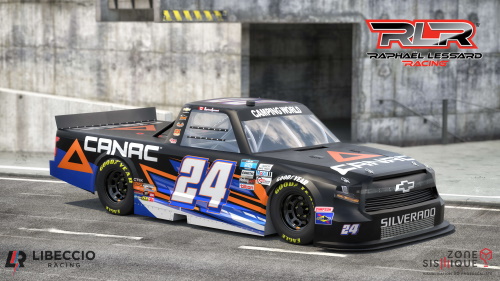 Saint-Joseph-de-Beauce – Quebec, Canada (December 2, 2020) – Raphael Lessard announced last Sunday on a popular talk-show, Tout le Monde en Parle, that Canac, a Quebec-based retail store chain specialized in building and hardware products, was returning as a partner with his team for the 2021 season in the NASCAR Camping World Truck Series (NCWTS). In a repetition of the successful 2020 program, the Canac banner will be displayed as the main partner on Raphael Lessard’s #24 Chevrolet truck, among others, at two of the most important races on the calendar: the season opener at Daytona (February 12 – Florida) and the Talladega Super Oval round (October 2 – Alabama). The Talladega event bears a special significance for Raphael Lessard and Canac, as he won a historic victory there in their colours on last October 3rd.

Canac’s contribution to the project is an important part of the Raphael Lessard Racing total budget that is required to complete a full 22-race 2021 season as part of a winning team such as GMS Racing. 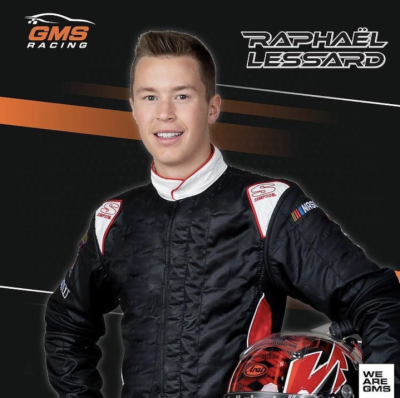 Jean Laberge, President of Groupe Laberge, the owners of Canac, explains the reasons why the company decided to continue their partnership with Raphael Lessard:

“We were pleased with his performance in 2020. He has grown and gained a great deal of experience over the season despite the difficulties he encountered, such as no practice or qualifying on many tracks he had never seen before. He proved to us that he has an enormous talent and that he will go far in racing. We didn’t expect the Talladega victory, and it came very late in the season. This was a great achievement for him. For us, it had a big impact at many levels, seeing him standing on the Canac-lettered truck with the checkered flag held high had a major impact on our business, and we are very proud of that.”

“The program provided us with good visibility. In fact, we didn’t think it would be this good,” continued Mr. Laberge. “It’s hard for us to quantify that increased exposure, but we got positive feedback from TV exposure, from social networks and in stores, where several customers told us they were happy that we were partners with the youngster. This helped in us taking our decision to come back for a second year. In addition, we wanted to encourage this young athlete for another year. We think 2021 is a pivotal year for him. With a great team like GMS on board, he is in good hands to achieve a great season, one that will help him in on his way to a professional career in racing.”

Canac’s decision to return for a second season confirms the quality of the work accomplished by Raphael Lessard and his team in 2020, both in terms of his performance and in the effectiveness of the message disseminated on their behalf, while confirming Raphael’s potential in all aspects of his career.

“I am proud to represent Canac in 2021. I want to win again with them! We are grateful for all the support they have given us in 2020. Our goal is to build a win-win partnership over the long term. We hope that other companies will join the team and also take part in our racing effort over the 22-race season,” says Raphael Lessard.

Since his on-track debut at the age of 11, Raphael Lessard has raced throughout eastern Canada and the United States, establishing a solid reputation as a driver to watch. In 2020, the young Beauceron decided to make the jump into a professional series by participating in the 23 races of the NCWTS series (previously NASCAR Gander RV & Outdoors Truck Series).

Raphael Lessard ended his 2020 season on a high note, accumulating in the second half of the season one win, four top-5 and six top-10 finishes. In addition, he managed to improve from his starting to his finishing position in the incident-free races by 67 places, compared to 14 places in the first eight races of the season.

In 2019, Raphael Lessard posted 83 laps led, two top-five and three top-10 finishes across three ARCA Menards Series starts and one win, one top-five and two top-10 finishes in the NASCAR Pinty’s Series. His Pinty’s Series victory came at his hometown track, Autodrome Chaudiere in Vallee-Jonction, Quebec, on June 29th when he led a race-high 153 laps en route to an emotional win. 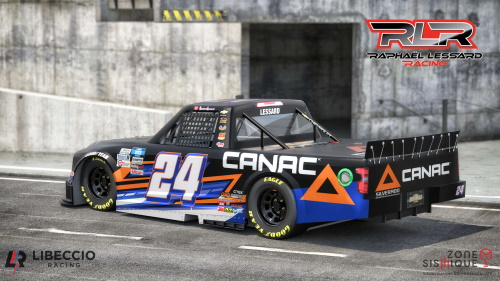