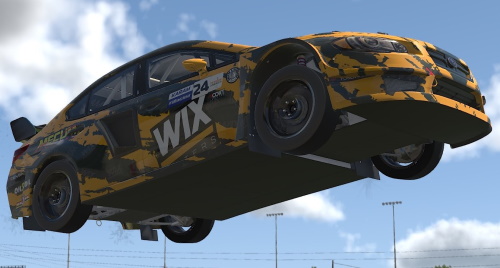 In Saturday’s Sonoma final, Karam started in seventh and jumped to second by the third turn. On the opening lap, Sage dove to the “joker” section of the course and grabbed the lead in the ten-car field.

Out in front after the “joker” portion, Karam drove smoothly and held off his challengers Nick Ottinger, the 2020 eNASCAR Coca-Cola iRacing Series Champion, and four-time Rallycross Series titleholder Scott Speed at the checkered flag to take his fourth 2020 iRX victory. 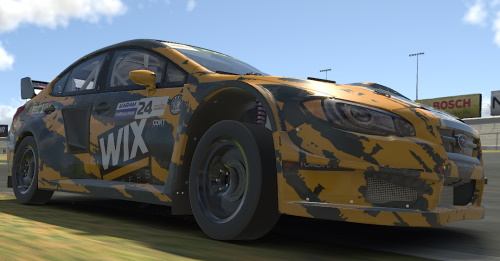 “This is my first iRacing championship after competing in a variety of virtual action,” said Karam, the former Indy Lights and F2000 series champion. “I have won a bunch of races but never a title, so this feels great. Winning the previous open-wheel championships led me to IndyCar racing, but this championship is nice to add to my virtual racing resume. Maybe this title can lead me to something else in Sim racing or even a Rallycross ride in real life. I did have fun driving the DRR/WIX car in ARX2 last year.

“With some of those recent starts, I have to admit I’ve been lucky. Today’s final was wild into turn one. I was able to find a way through the mess and came out second from seventh starting. It went the right way for us then. I took the ‘joker’ on the first lap and grabbed the lead. I stayed consistent and smooth after that.”

In the racing off-season, Karam is also taking real estate classes in addition to searching for potential sponsors in IndyCar racing. 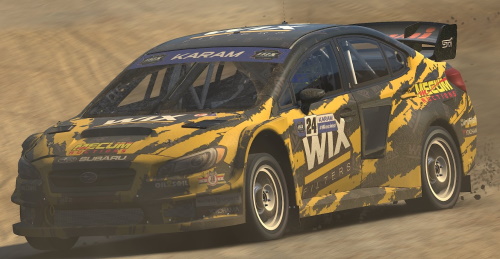 “Obviously, it is hard to find sponsorships during this COVID time,” Sage said. “But we are working hard as well as I’m trying to get my real estate license for some money on the side. Plus, the upcoming wedding (to fiancé Abby) is a big thing, and I didn’t expect a wedding to take that much planning. Haha.”

Earlier in the day in Sonoma action, Karam and Martell won their respective qualifying heat races to advance to the 10-lap finale. Martell placed third in the final IRX All-Star Invitational points.

About Dreyer & Reinbold Racing: Dreyer & Reinbold Racing was founded in 1999 by Indianapolis car dealer Dennis Reinbold. The legacy of the Dreyer and Reinbold family dates back to the 1920s with Reinbold’s grandfather, the legendary Floyd “Pop” Dreyer, a former factory motorcycle racer. Dreyer served as a crewman and mechanic on the famed Duesenberg driven by Benny Shoaff and Babe Stapp in the 1927 Indy 500. Dreyer went on to build Indy 500 cars in the 1930s which many started on the front row. In addition, Dreyer constructed championship-winning sprint cars and midgets as well as quarter midgets called Dreyerettes. Dreyer & Reinbold Racing captured its first win in 2000 with driver Robbie Buhl at Walt Disney World Speedway in Orlando, Fla., and has fielded a variety of drivers including Buhl, Buddy Lazier, Sarah Fisher, Buddy Rice, Ryan Briscoe, Al Unser Jr., Townsend Bell and Sage Karam. Dreyer & Reinbold Racing has successfully qualified all 40 drivers for the Indy 500 in its history. DRR, who campaigned in the Rallycross for the first time in 2015, captured the 2016 Lites championship in 2016. In 2019, DRR campaigned Karam, Hildebrand, Conner Martell, Cole Keatts, Gray Leadbetter and Lane Vacala in the Lites division