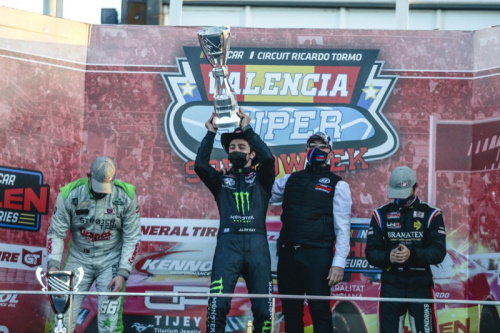 (December 6, 2020) –  The most winningest driver of the NASCAR Whelen Euro Series wrote another chapter for the history books: Alon Day is the second driver to become a three-time EuroNASCAR champion. The PK Carsport Monster Energy athlete finished fourth in EuroNASCAR PRO Final 2 at Circuit Ricardo Tormo and raised the brand new Tijey Championship Trophy in the season’s closing podium ceremony.

Loris Hezemans delivered season win number 2 and career win number 7 in the last round of the atypical 2020 season.

At the start Day defended the lead in the first corner of the iconic 4-kilometer Valencia track. 2019 NWES champion Loris Hezemans was second ahead of Giorgio Maggi and title contender Lasse Soerensen. Teammates Gianmarco Ercoli and Mauro Trione were involved in an incident that triggered a safety car period on lap 3.

Three laps later the green waved again and it was Hezemans who made a perfect start. The Dutchman took over the lead at the wheel of the #50 Hendriks Motorsport Ford Mustang and opened a small gap on the rest of the field. In a moment of frantic action, Day lost more positions at the front of the field and sled down to fourth as DF1 Racing teammates Soerensen and Nicolo Rocca both went past the 29-year-old Ashdod-native. 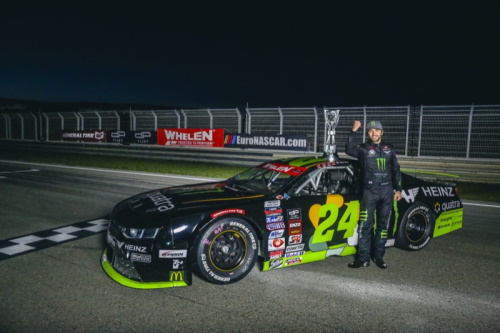 With the championship in mind and a fourth place that would still earn him the championship, Day played it cleverly and held the position. Hezemans won the race after 18 exciting laps while Lasse Soerensen finished second ahead of his teammate Rocca at the end of a long duel.

“I have no words,” said the new champion. “2020 was such a hard year for me when I left everything behind in Israel to live in Belgium next to the PK Carsport shop. The dedication was good enough to win the championship this year. It was such a hard time living alone with the lockdown, physically and mentally. This weekend was one of the most demanding in my life. We made it! I thank the whole team and I’m a happy boy right now and finally I’m going home.”

Soerensen’s second place granted him the 2020 Junior Trophy win and the second place in the points standings. The Dane was the first driver to ever move from EuroNASCAR 2 to EuroNASCAR PRO and win a race in his first season. 2019 NWES champion Hezemans ended the season on a high note and finished third overall in the overall standings. Soerensen was joined on the 2020 Junior Trophy podium for drivers up to 25 years by CAAL Racing’s Gianmarco Ercoli and Justin Kunz.

Giorgio Maggi ended up eighth in the last race of the season and clinched the Challenger Trophy win. The Not Only Motorsport driver and NWES rookie was set to race in the EuroNASCAR 2 championship in 2020, but a late change in the line-up of the Italian team promoted him into the top tier class. Dallara repaid the team’s trust in him with a spectacular win in the trophy dedicated to bronze and silver drivers in the EuroNASCAR PRO championship.

The NASCAR Whelen Euro Series will be back in action in 2021. The season will kick off on April 17-18 at Circuit Ricardo Tormo in Valencia, Spain. The new season will feature 28 rounds of pure racing – 14 races in each championship – on 7 road courses around Europe. 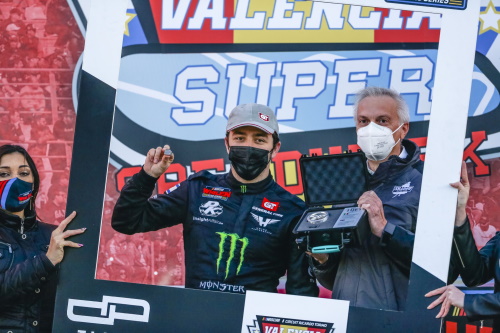 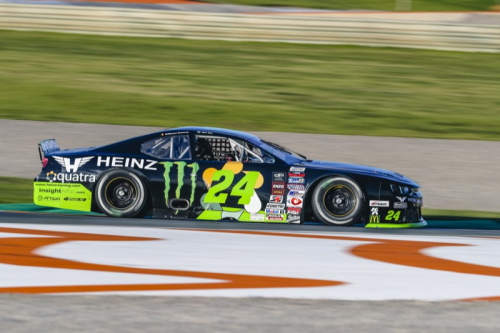 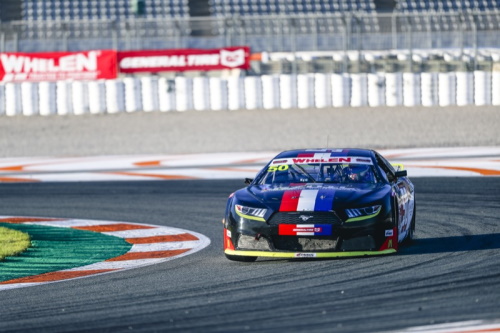 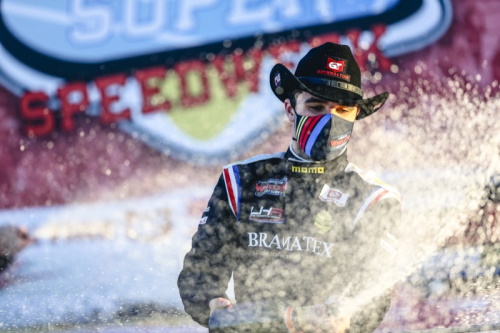