BROWNSBURG, Ind. (December 9, 2020) – Don Schumacher Racing will soon expand its involvement in the straight-line racing world beyond the NHRA, and into the popular ‘outlaw’ style of drag racing. 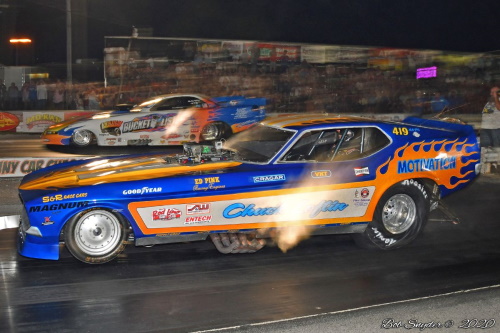 Funny Car Chaos, an eight-event eighth-mile racing series, often draws 20-25 cars at any given event. Competitors enjoy the ‘no rules’ format which allows for any type of Funny Car body, including late model and nostalgia, and leaves it up to teams to determine their engine and blower combinations. The two-day events feature three qualifying sessions to set a 16-car elimination field. The six-event Outlaw Fuel Altered series, which will be celebrating its 25th anniversary in 2021, utilizes a Chicago-style elimination format which draws a wide variety of Fuel Altereds racing for a season championship.

“With our new DSR Performance Parts venture, where both new and used parts are available direct-to-consumer via DSR.parts, it’s important we maximize our exposure beyond NHRA,” said Chad Osier, Vice President of DSM. “We’ve long been known as a premier parts supplier for NHRA’s nitro teams, and more recently, Dodge Challenger Drag Pak competitors, but now we’re able to provide top-tier, race-winning design and performance to any speed enthusiast out there chasing win lights. Whether it’s the casual ‘run what you brung’ crowd, or those competing for a championship, everything that is available at DSR.parts is designed to help racers, at any level, get the most out of their cars. 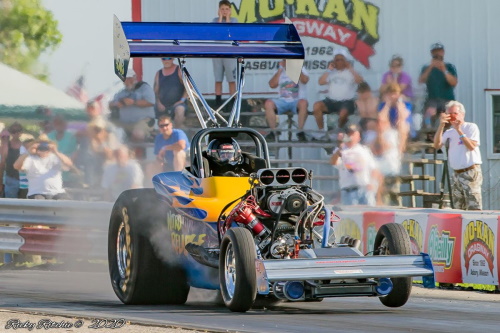 “Funny Car Chaos and Outlaw Fuel Altered events have great turnouts with loyal followings, and these are the grassroots racers we’re trying to reach,” added Osier. “We recognize the growing popularity of these series’, and this is an excellent opportunity for us to introduce DSR Performance Parts to the competitors and fans of this style of racing.”

Chris Graves, owner of the two series, stated, “The Funny Car Chaos and Outlaw Fuel Altered series’ are very excited for the opportunity to work with DSR Performance Parts this coming race season. Our racers have many ways to utilize the parts and professional services that DSR Performance Parts can offer them. Connecting our grassroots racers to the resources of full-time professionals is a beneficial one and an important link for the sport in general. We look forward to offering our racers a direct line to DSR that will keep our teams going fast and staying safe.”

As an associate sponsor of both Funny Car Chaos and Outlaw Fuel Altered, DSR Performance Parts branding will be showcased at all 14 events between the two series, beginning with Nitro Madness at Texas Motorplex in suburban Dallas, March 26, 2021. The partnership also includes online support via social media promotions, and DSR.parts branding featured on the series’ websites and e-newsletters. 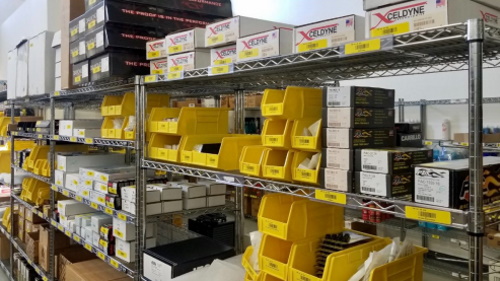 DSR Performance Parts is a newly-launched one-stop-shop for both racing and production vehicles. All products available via DSR.parts 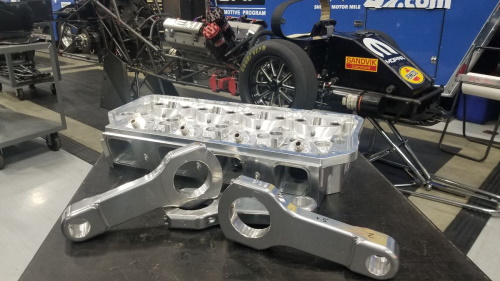 DSM-manufactured cylinder head and connecting rods, two of the many products available at DSR.parts

About Don Schumacher Racing:
Established in 1998 as a single-car Top Fuel team, Don Schumacher Racing (DSR) has grown to become the winningest organization in NHRA Drag Racing history, and further cemented its position as one of motorsports’ elite teams when it surpassed the ‘350 wins’ milestone during the 2020 season. DSR owns 18 world championships in three different NHRA categories, and including hall-of-fame team owner Don Schumacher’s five NHRA Funny Car triumphs from the 1970s, DSR has been successful in capturing 358 national event victories overall.