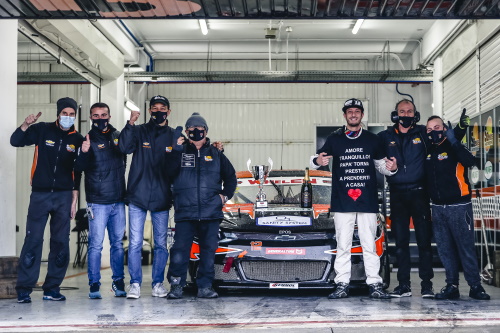 Valencia, Spain (December 9 2020) – Solaris Motorsport conquers the fourth place in the Team standings of the 2020 NASCAR Whelen Euro Series season. The great result arrives after an eventful season where the Solaris Motorsport drivers made several solid performances: Sini conquered the 7th placement in the EuroNASCAR PRO standings, while Risitano is 6th in the EuroNASCAR 2 Division. Also the results conquered by Naveh Talor and Massimiliano Palumbo in the virtual series of the European NASCAR series, raced during the lockdown time, brought fundamental points to the Team standings.

For the first time in the EuroNASCAR history, the track of Valencia hosted a “super weekend” with 4 free practices sessions, 4 qualifying and 8 raced in just 4 days. An authentic tour de force that saw the Pescara based team great protagonist: Risitano was able to step up twice on the podium and Sini that crossed the last checkered flag of the season in Top5 between the PRO drivers.

In the EuroNASCAR 2 Division, Risitano confirmed soon himself as one of the best protagonist of the series, conquering the third row in the first qualifying session and missing it in the second one due a technical problem, despite the huge work of the Solaris technicians able to fix it in a record time. Risitano fought for the podium in all the four races scheduled, grabbing the third place in the first race and the second in the last race of the season. In Race 2 and 3, the Italian driver was involved in two contacts that slowed his races and he got a fifth place as best result, losing importants point for the EuroNASCAR 2 and Team standings. 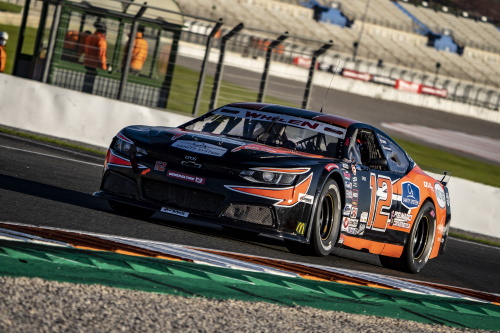 In the PRO Division, Francesco Sini showed strongness and speed by straightening out a difficult weekend, due some technical issue and, in most, a couple of racing contacts. In the very last race of the 2020 season, “Ringhio” did all his best, battling for the podium together the title contenders and ending with solid Top 5 under the checkered flag, that ends a season where the #12 Camaro showed great performances.

Thanks to the points grabbed by Sini and Risitano, together with the bonus gained by Talor and Palumbo in the virtual series, Solaris Motorsport conquered the fourth place in the Team standings, 8 points far, out over 700, to the overall podium. 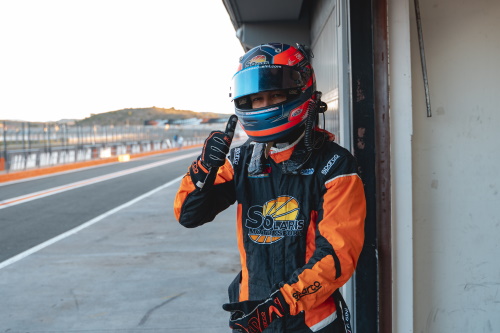 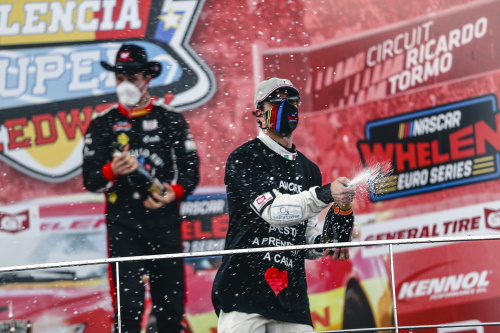 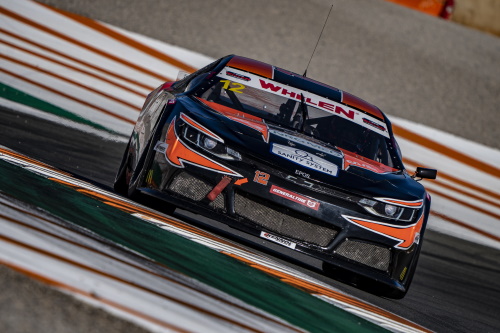 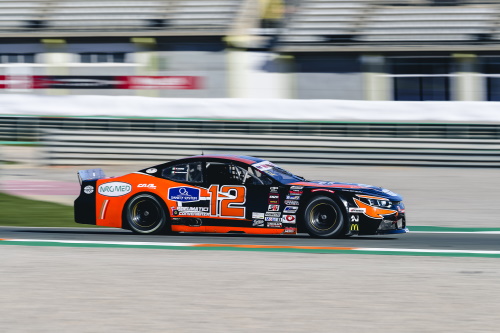 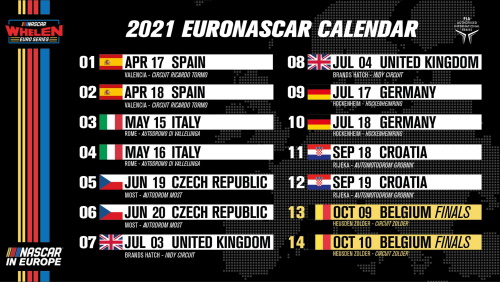